16 To The Rescue: Snowman

Snowman is an adult Great Pyrenees with Northeast PA Pet Fund and Rescue in the Scranton area. He’s been with the rescue for about a year. “He’... 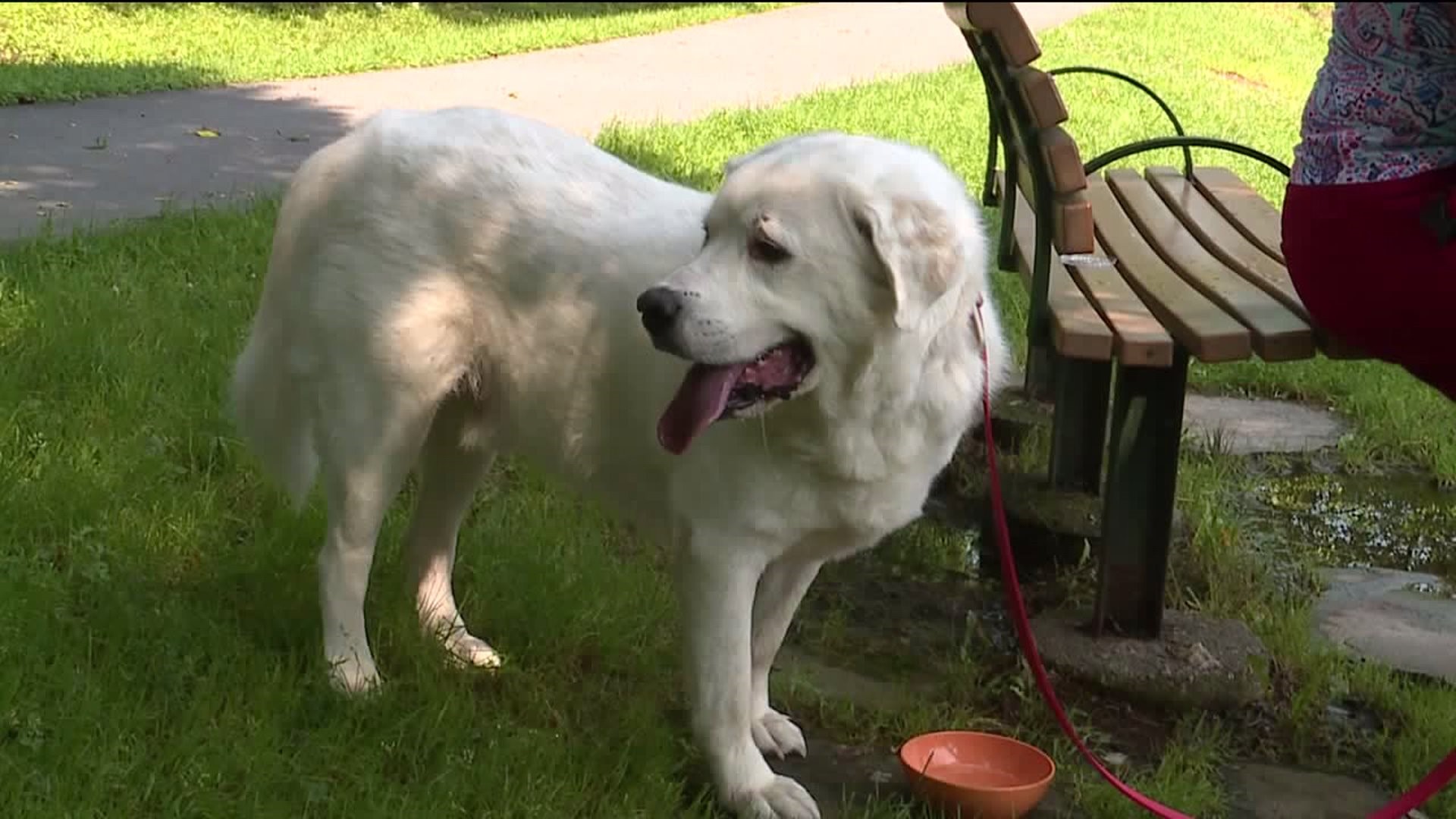 Snowman is an adult Great Pyrenees with Northeast PA Pet Fund and Rescue in the Scranton area.

He's been with the rescue for about a year.

"He's a good cuddle buddy," said rescue worker Carolyn Augustyn. "He loves to get right up next to you and cuddle with you on the couch and in the bed."

This big boy can be a bit particular with people, especially certain men, but being around other dogs is a possibility.

"He does get along with other dogs but they should be tested with him. We have not tried him with any cats, so that's a possibility and no younger children."

Snowman isn't super active, but he loves to be out and about with his foster mom.

"He loves to roam outside, loves to run. We take him up to the dog park so he's a good dog for someone."

Snowman is terrified of thunderstorms and fireworks, so he'll need a little extra comfort during those times.

"He's gentle with me, he'll be gentle with the new owners too. He's a little protective but other than that, he's a well easy-going dog," Augustyn said. "He's just a real lovable dog, if you're looking for a dog that's going to be right up to you and snuggle with you on the couch, this is the one."