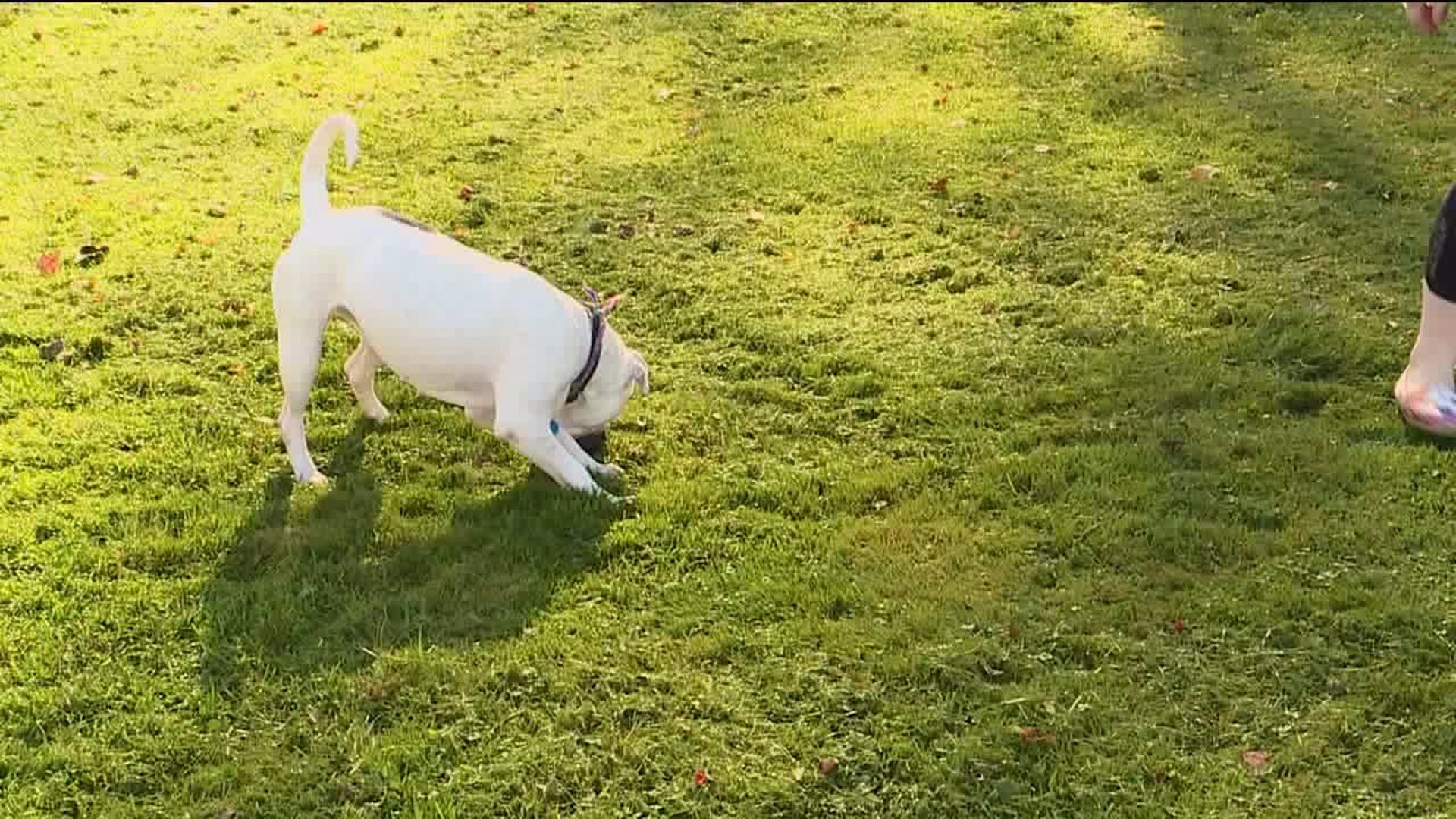 BRIDGEWATER TOWNSHIP, Pa. -- Zelda is a 3-year-old Dogo Argentino mix at True Friends Animal Welfare Center near Montrose. This beautiful girl was saved from being euthanized.

"Zelda is a little bit stressed at the shelter. She's been with us for probably 6 months now and we're not really sure why," says shelter work Marci Zeiler. "She keeps getting overlooked, no one really asks to see her."

Zelda could settle in with anybody.

"She's a super active dog but also a big couch potato. She loves her chairs, loves the couch. It's super hard to get her off the couch once she's on it," stated Zeiler. "Zelda would be good for an active family, but also good for someone who just wants to sit and relax at the end of the day and watch TV too."

Zelda does marvelous with kids, adults, even other canines.

"She does get along with other dogs with a proper introduction. She may take a minute to warm up but she does do pretty well, " according to Zeiler. "Probably no cats for her. She's a little too high energy for that, she may enjoy chasing them."

Zelda is quite the goof and has to be the center of attention.

Workers tell Newswatch 16 that Zelda is a delightful dog and would make an excellent companion, someone just needs to come to the shelter to see her.

"She's worth looking at, she's a really good girl and she deserves to get out of here, " says Zeiler. "She's been in the shelter system for way too long."

If you are interested in Zelda,  get more information here.