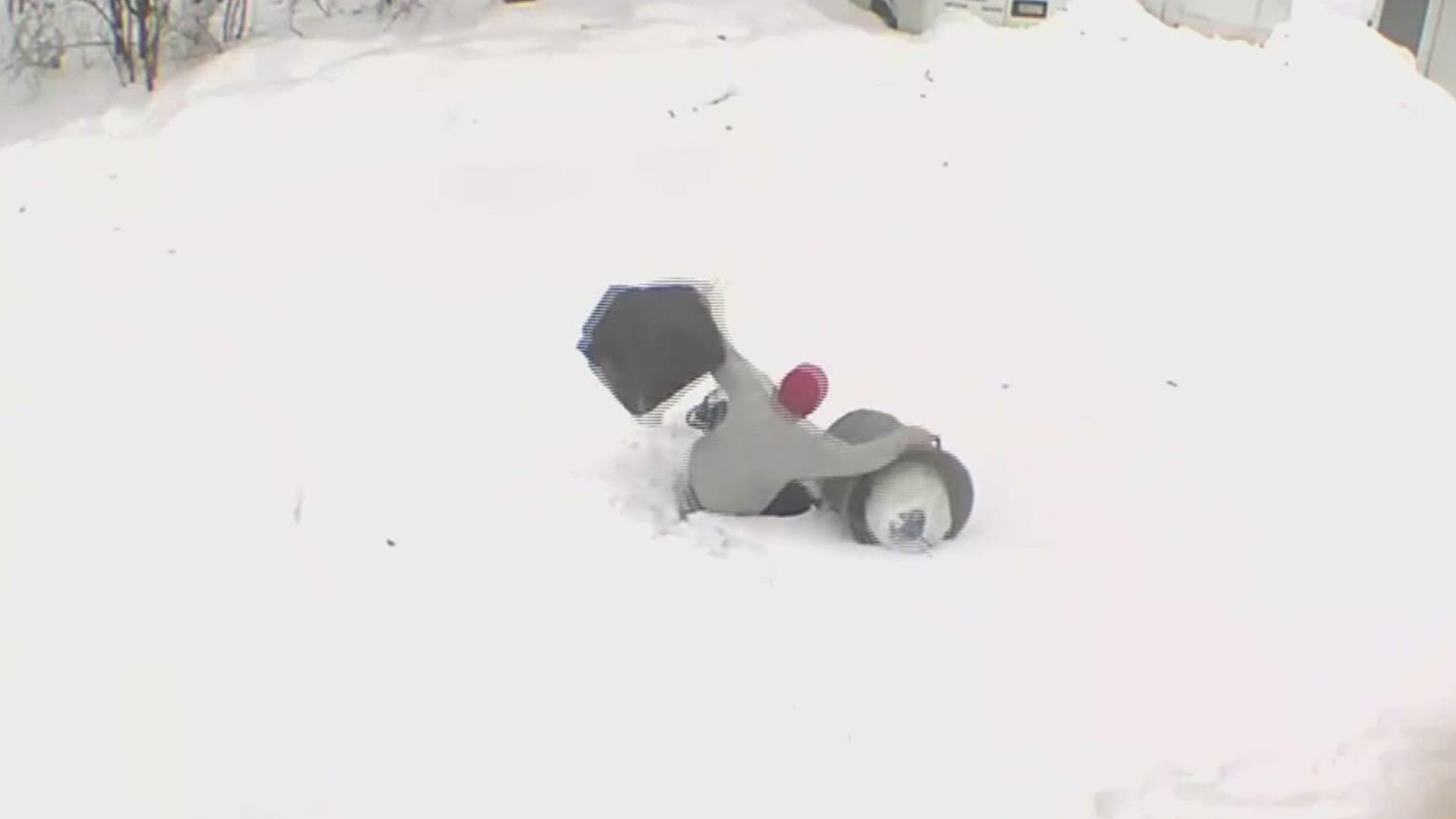 Whether it’s your RING alarm system or another device, our home security cameras can really give us a sense of safety.

We’re also finding out, after seeing a number of your social media feeds, they’re also capturing some pretty amazing and hilarious winter wipeouts.

From those slick spots in Shickshinny to those moans and groans in Laceyville that you just keep clickin’ on.

So many of you are letting us laugh with you as you share your winter wipeouts including one guy in Throop who fell while shoveling.

For Bill Hessmiller, no shovel was needed.

After so much snow recently, there have been plenty of those caught on camera moments when walking out to your car can turn into a hot mess in a matter of seconds.

Lucky for Michael Erdman from Northumberland, he’s fine, and so is Barnesville’s Darren Kline. He may not be volunteering for trash duty at his home in Schuylkill County anytime soon.

But it might just be this clip from Mel Hughes in Jessup that is one you can’t un-see or, should we say, un-hear.

She said, “I am OK. I, fortunately, landed square in the middle of my back, so I think it just knocked the wind out of me. Worst thing I have today is a black and blue elbow, but otherwise, I'm doing OK.”

Despite her slick spill, Mel Hughes is quite the winter enthusiast, usually logging many miles on many mornings in Lackawanna County rarely falling. It wasn’t until recently you might just say old man winter took her breath away when she encountered a surprising spot on her driveway.

“I think the worst part of the video is hearing the sound of me hitting the pavement. I think it just took my breath away watching it again. And then we couldn't stop laughing. I said, this has to go on the Internet,” added Mel. “I think that, like, sometimes we're embarrassed. But I think when you see somebody else do it and you're in the same boat that you realize it's OK to laugh at yourself. I mean, that gets you through life. If you can't laugh at yourself, you know. So I think sharing it and let other people know…I'm not the only one making a fool out of myself out here.”

Winter wipeouts that when you’re lucky enough not to get hurt, it can make watching these shared social media videos a doggone good time.