Some staffers at UPMC Williamsport have quite the claim to fame after delivering a far from tiny tyke. Newswatch 16’s Ryan Leckey introduces us to Keegan Lloyd. 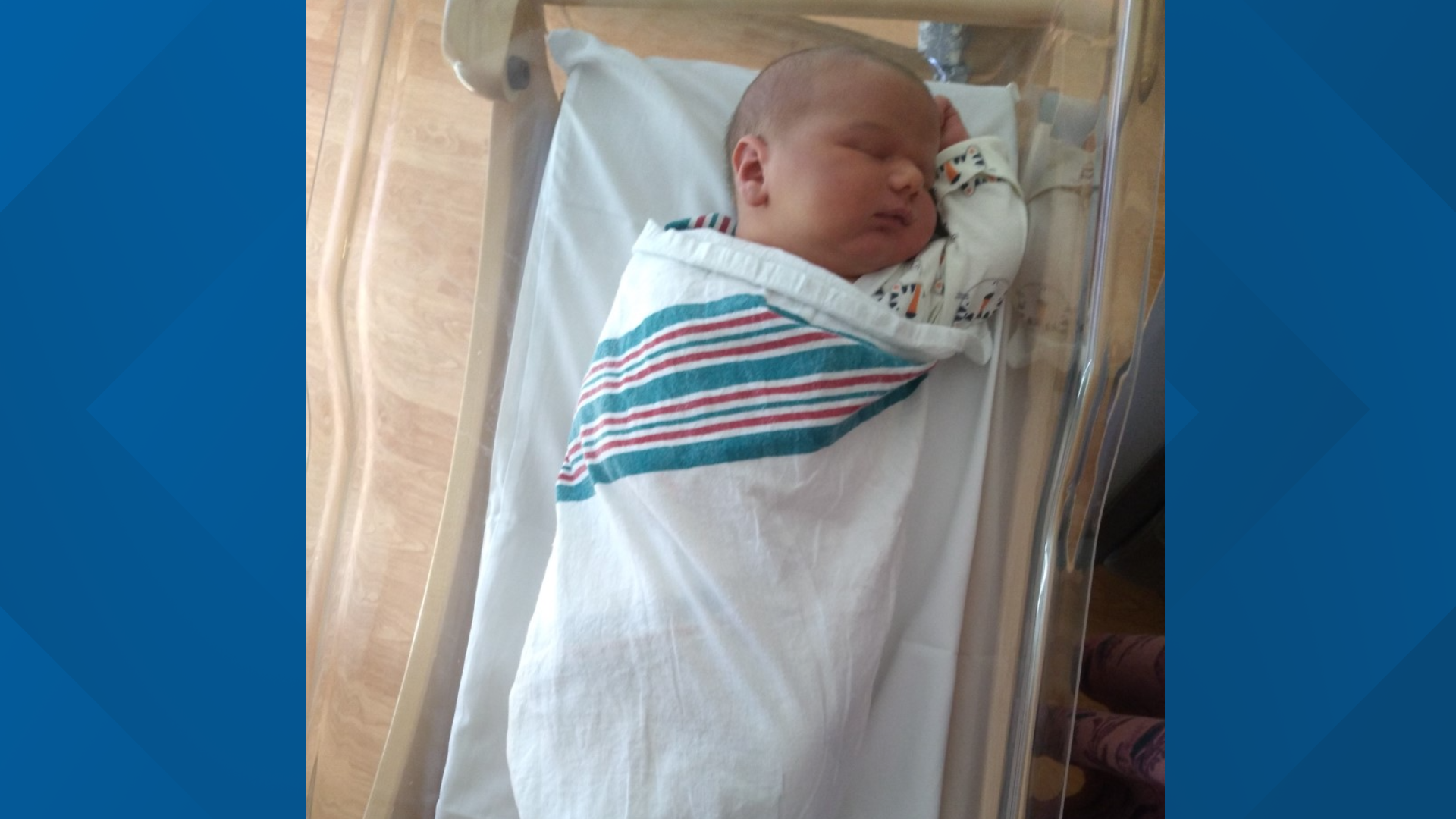 All of us parents think our kids are just the cutest, especially when they’re a newborn, right?

Well, one family in the Williamsport area really has a big reason to brag about their newborn. He’s one of central PA’s biggest naturally born babies, AKA no Cesarean section.

Even though Keegan James Lloyd of Hughesville is now five months old, his birth is still all the buzz at a hospital in central Pennsylvania.

A claim to fame that happened after Keegan’s mom, Katie Lloyd, was induced early at 39 weeks delivering this not-so-little guy at UPMC Susquehanna in Williamsport back on October 12, 2020.

He weighed 12 pounds 2 ounces and was 24 inches long at birth.

“An average baby would weigh about seven and a half pounds or seven pounds, eight ounces. So the fact that he was even born naturally is phenomenal,” added Veniese.

“So, we decided to do a natural birth. If there were any complications, we were ready to go into the C-section. But Veniese and her great team helped us through the natural birth,” explained Katie.

Forty minutes of pushing for mom that led to an unforgettable career moment for Veniese.

Ryan asked Veniese, “What went through your head when Keegan popped out and you had this ginormous baby in front of you?”

Veniese said, “The biggest thing that popped out. ‘Oh, my gosh, look at those cheeks.’ Those cheeks are massive, but also cute.”

Ryan asked Katie, “Does he (Keegan) eat, like, nonstop?”

“Oh, yeah, he does quite a bit. We go through a lot of bottles. He hasn't liked rice cereal yet, but we'll get there,” said Katie.

While this big bundle of joy has plenty of time to figure out his favorite foods, one thing he’s already got a good handle on is his fashion sense. Keegan wear a little vest and tie for his Newswatch 16 interview.

A few other fun facts: Keegan is not an only child. He has an older brother and sister.

His mom Katie told Newswatch 16 that despite her son’s size when he was born, she had an easy pregnancy and actually coached East Lycoming Little League Baseball up until she was six months pregnant.

Talking with Veniese, who delivered Keegan at UPMC Williamsport, she says as a certified nurse-midwife, she often gets questions about what midwives do.

Despite some misconceptions, they do deliver babies in hospitals. They don’t just pull up to houses in rural areas on a wagon to “catch babies.”

A modern midwife is an advanced practice nurse who works closely with physicians. But unlike a doctor, midwives do not do surgeries. You can learn more about midwifes at this link.