Yes, July was a wild month for the weather

Stormtracker 16 Meteorologist Ally Gallo takes a look back at the active weather this July. 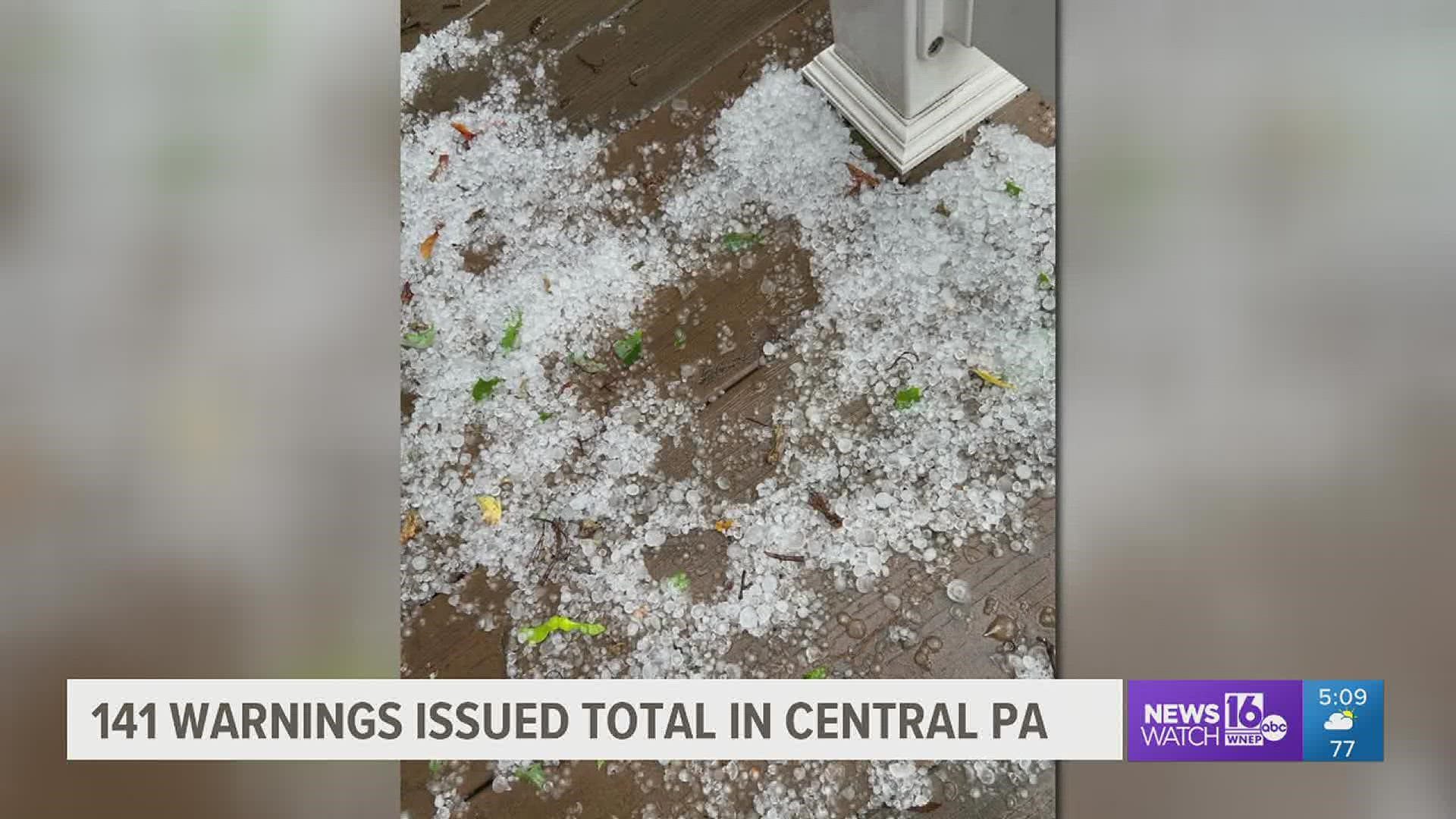 PENNSYLVANIA, USA — In northeastern and central Pennsylvania, the hottest day this month was on Tuesday, July 6. It hit 94 at Williamsport Regional Airport and 93 at the Wilkes-Barre/Scranton International Airport.

In Williamsport, it hit 90 degrees or above six times, making for two separate heatwaves for the month. At the airport near Avoca, it hit 90 or above three times, but that did not happen on three consecutive days, so no official heatwave was recorded for the month for the Scranton/Wilkes-Barre area.

If you woke up this past Saturday morning thinking it felt like fall, you were on to something. The coolest low temperature recorded for the month happened Saturday, the last day of the month. Those recorded lows were 50 at Avoca and 52 in Williamsport.

But of course, the big story this July was just how active it was, and it seems our central Pennsylvania counties were hit harder.

Avoca did not pick up quite as much rain, only 4.85 inches for the month.

The National Weather Service office in State College, the forecast office for our central Pennsylvania counties, issued 141 Severe Thunderstorm, Flash Flood and Tornado Warnings throughout the month of July. Of those 141 warnings, 100 of them were issued over just four days: July 7, 11, 13, and 17.

Meteorologists with the National Weather Service will issue a Severe Thunderstorm Warning if the thunderstorm is producing winds of at least 58 mph and or hail at least 1 inch in diameter, or what we call quarter-size hail.

Centre County had the most Severe Thunderstorm Warnings this month with 20, and Clinton County came in at number two with 17. Now, as we enter this first full week of August, things are looking much quieter, at least for now.