Be prepared for a quick wall of snow. 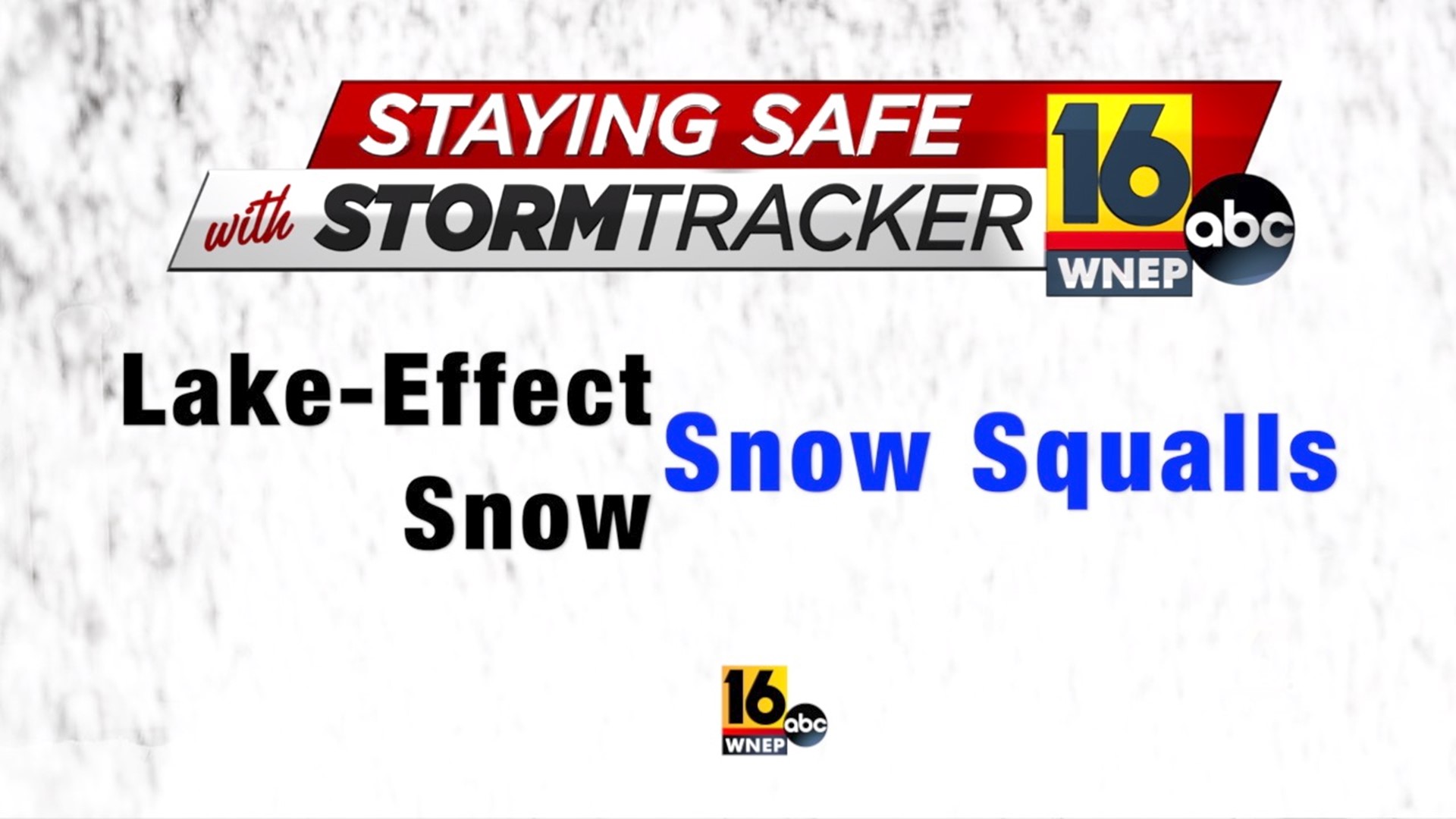 Valerie shows us how lake effect snows and snow squalls set up in our area.

Plus, check out her tips to get safely through them.

Pay attention before hitting the road and have your phone close by. If a warning is issued that tells you to get off the highway, do so, because once you’re stopped on the road, there is no safe place to go.

Snow squalls are like summertime thunderstorms - they can blow up and move in very quickly. When you hear us talking about snow squalls during a forecast, take it seriously. Conditions can deteriorate quickly and roads can turn into a sheet of ice due to a flash freeze

Stopping distances are nearly nonexistent during a snow squall event. According to PennDot, the number one mistake they see with snow squalls is when people slam on their brakes because they can’t see. That can cause a chain reaction crash, so it’s crucial to slow down gradually to a speed that’s appropriate for the site distance.

You may not live in an area where lake-effect snow happens frequently, but don’t let your guard down. If you plan to drive into an area that does see that type of event, you need to be aware of the conditions you can expect. It’s easy to drive into a wall of snow and then right back out the other side just a few miles down the road.

The most dangerous time during a snowstorm is when the first inch or two is falling because people haven’t adjusted their driving habits. When driving into a snow band or snow squall, it’s accentuated. It’s important to adjust your expectations to what is actually happening, and that period of time is critical for safety.