Local experts tell John Hickey that we will be watching out for not one but two meteor showers at the end of August, beginning of July. 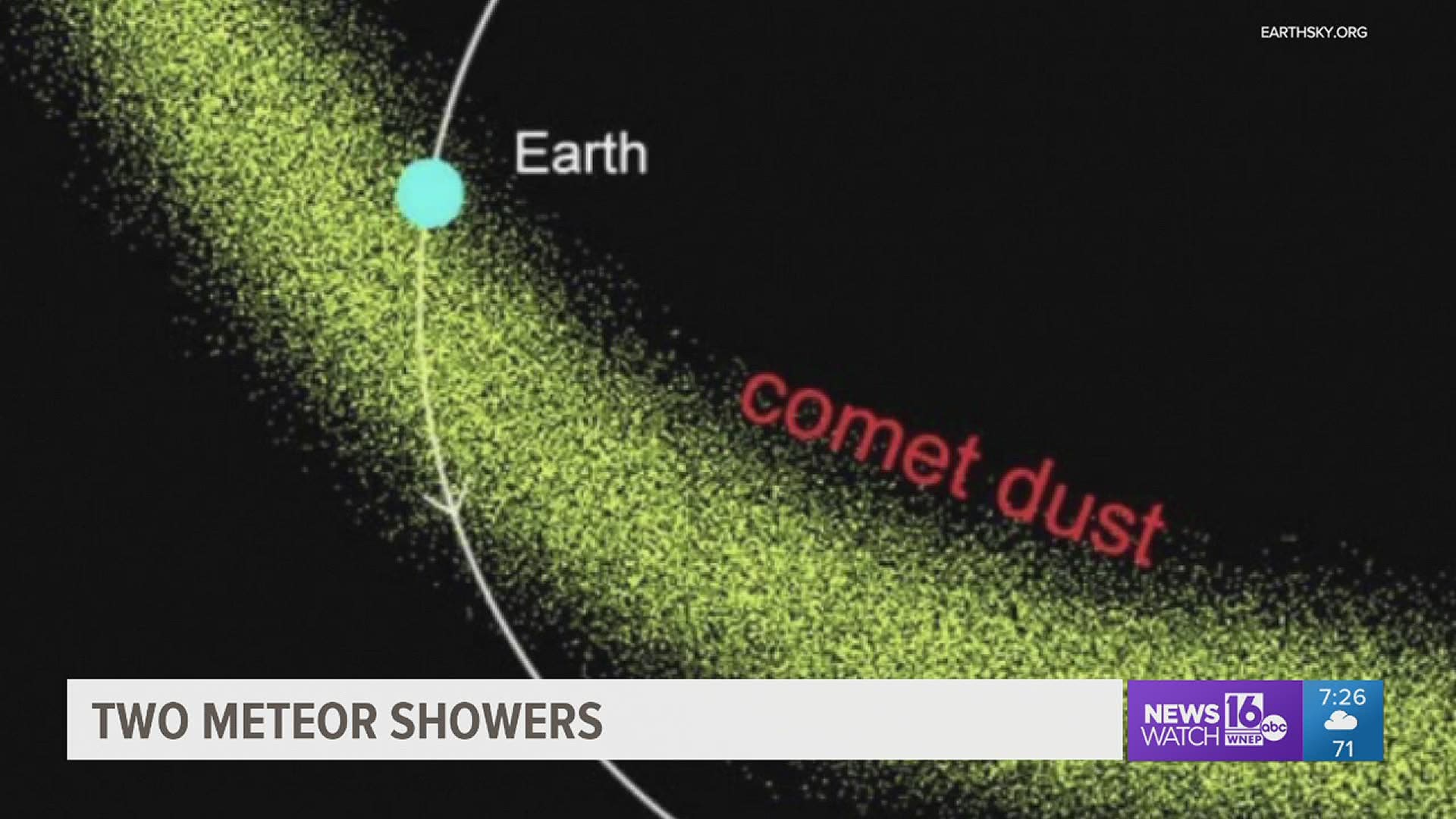 Late July and early August is a great time to look up for meteors.

"A comet is in a fixed orbit. If the Earth happens to go through the orbital plane of that comet, that debris field actually enters the Earth's atmosphere and gives us this display," said Tom Wildoner, Dark Side Observatory.

I had an online chat with Tom Wildoner from the Dark Side Observatory in Weatherly.

He explained that there are two meteor showers taking place at the same time at this time of year.

"The meteor showers are named after the constellations where they appear to be coming from.  The Delta Aquariids the radiant point is actually Delta Aquarii," said Wildoner.

"At the same time, we also have the Perseids.  Even though they don't peak until later in August, you will see a mix," said Wildoner.

Tom showed me how it's possible to see which meteor shower a particular meteor is coming from using a sky chart.

"When you see a meteor, simply look on the chart and draw a dash where you saw it in the sky.  As you start seeing meteors, you're going to be able to see the location that they are coming from by just extending the lines at the end of the night," said Wildoner.

The peak of the Delta Aquariids happens between July 27th and the 30th.

"It comes from the constellation Aquares.  So the best time to view this particular meteor shower is about 3 a.m.  Look due south and about halfway up in the sky," said Wildoner

The Delta Aquariids tend to be fairly dim, and a Waning Gibbous moon will make them fairly difficult to see unless you have a really dark sky.

"The Perseids tend to be the better ones of the summer, is that my understanding?  Absolutely it's called the Big Daddy," said Wildoner.

Tom says the Perseids peak between the 11 and 13 of August.  On average, 30 to 40 meteors per hour are visible during this time.

Tom adds that the color of the meteors tells a story too.

"If it appears more yellow, it's going to have more iron content.  You may see some green mixed in, which would be an indicator of copper," said Wildoner.

Click this link to make your own personalized sky chart so you can print it out and follow the showers and other activities.

RELATED: Skywatch 16: Moon on the move