John Hickey outlines all the things to look for in the August sky including a rather large meteor shower. 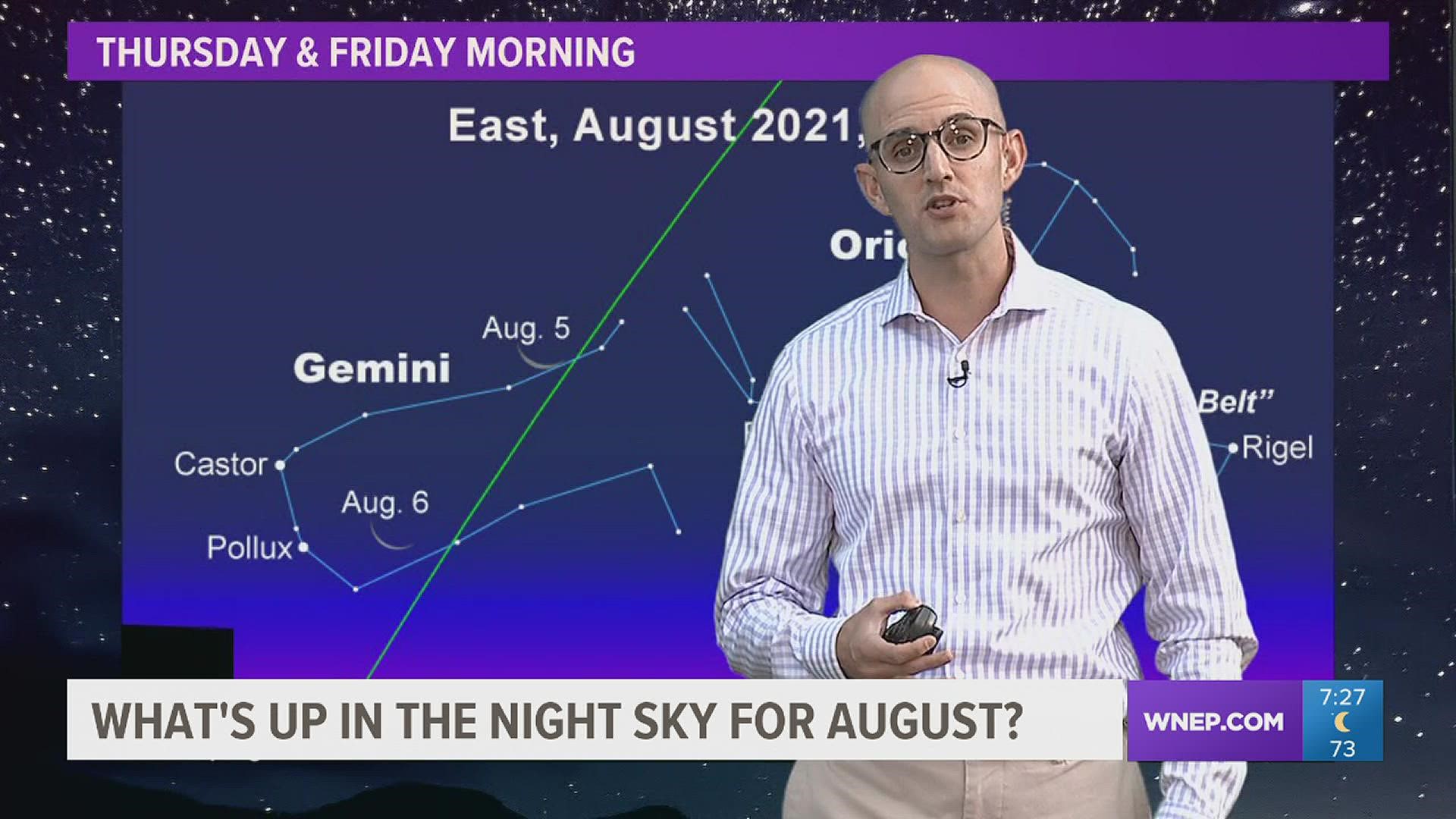 In this week's Skywatch 16, we'll highlight some of the most interesting things in the night sky.

Let's start with the full moon for the month.

This month's full moon is the Full Sturgeon Moon.

It gets its name because this is the month that the sturgeon fish is most readily caught in the Great Lakes.

It's also known as the Corn Moon, according to the Algonquin Native Americans.

Next up will be the Full Harvest Moon in September.

Speaking of the moon, look for the waning crescent moon in the morning sky on Thursday and Friday.

It will pass through the constellation Gemini near the stars Pollux and Castor.

According to Greek Mythology, the immortal twin was overcome with emotion when his mortal twin died.

He asked Zeus to make him mortal so that he can join his twin.

Zeus cast them both into the night sky.

Later this month, the best meteor shower of the year takes place.

The Perseid Meteor shower is known as the "Big Daddy" and produces 30 to 40 meteors per hour on average each year.

We'll talk more about this in next week's Skywatch 16.