Road Projects Throughout Our Area on Rain Delay

LACKAWANNA COUNTY, Pa — It’s a rain delay! Construction projects all over northeastern and central Pennsylvania have come screeching to a halt in so... 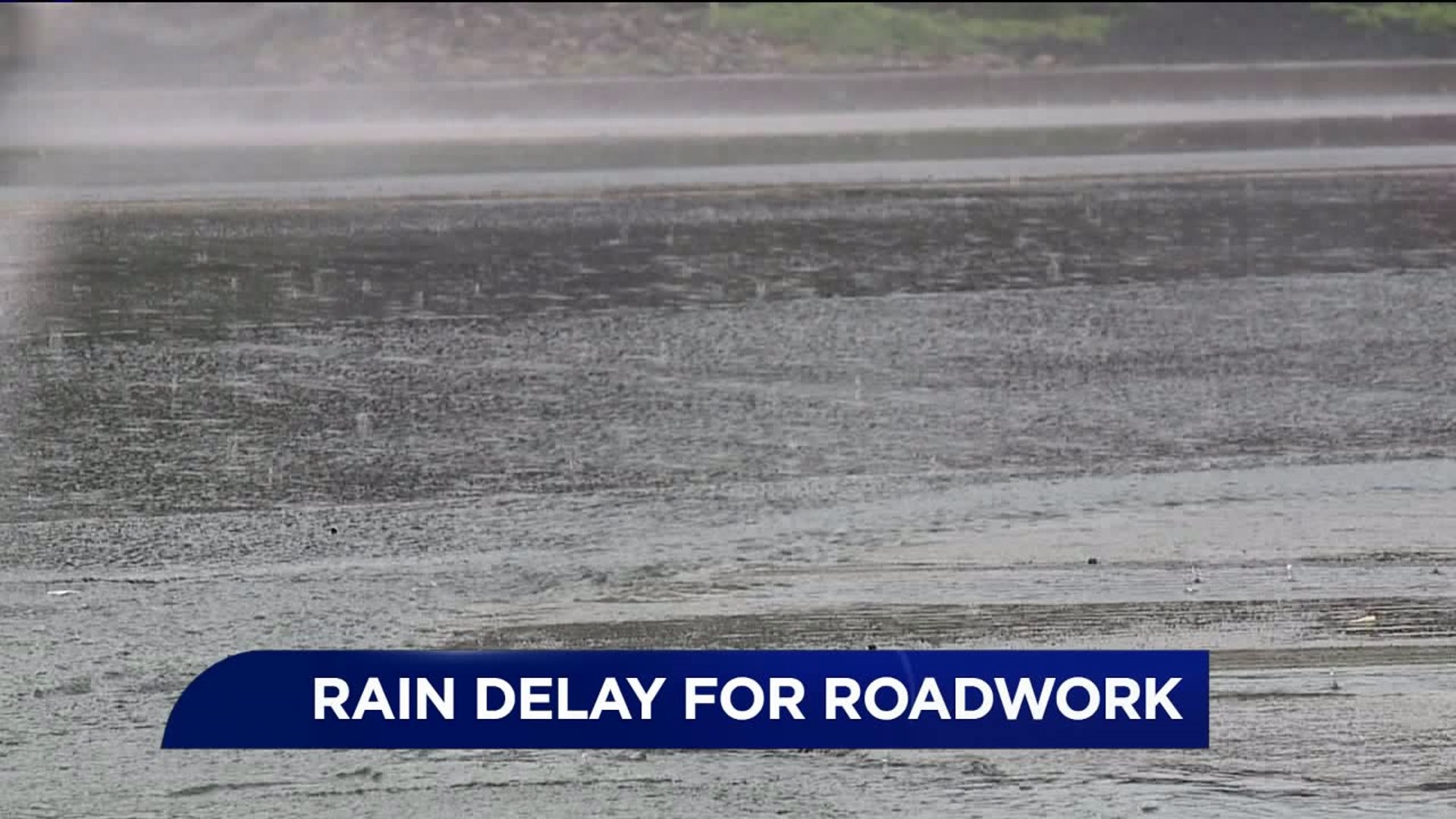 LACKAWANNA COUNTY, Pa -- It's a rain delay! Construction projects all over northeastern and central Pennsylvania have come screeching to a halt in some cases.

PennDOT officials said hundreds of projects, both long and short-term, are affected.

"With some of the downpours that we've had, it's just almost impossible to be out and seeing what you're doing. We do hit situations with the rain is so intense that we don't want the crews out there," said PennDOT spokesman James May.

PennDOT said crews and contractors are frustrated by all the wet weather.

Drivers are too though they told Newswatch 16 they understand it cannot be helped.

"It's gotta get done, I mean winter's coming. It's just gonna get worse," said Albert Rowles of Wilkes-Barre.

"They'll just have to wait until the weather clears up. I mean you can't argue with Mother Nature," said Ron Balara of Kingston.

PennDOT officials said the rain is making it hard for project managers to plan things.

When the roads are slick, crews cannot be out because of safety concerns.

Officials said all the rain also leads to higher grass that has to be cut, drainage and runoff issues and more damage to roadways that has to be dealt with before the project can continue.

"One of the things that happens with the rain is the rain ends up creating more work, different type of work. It creates more work to be done by the crews and also limits the amount of work and type of work that can be done when you have those sunny days," said May.