An Unexpected Change in our Weather

Some people woke up Tuesday morning to see a bit of winter in their yards. It was just Monday when the grass was green, the sun was shining, it was 65 and felt ... 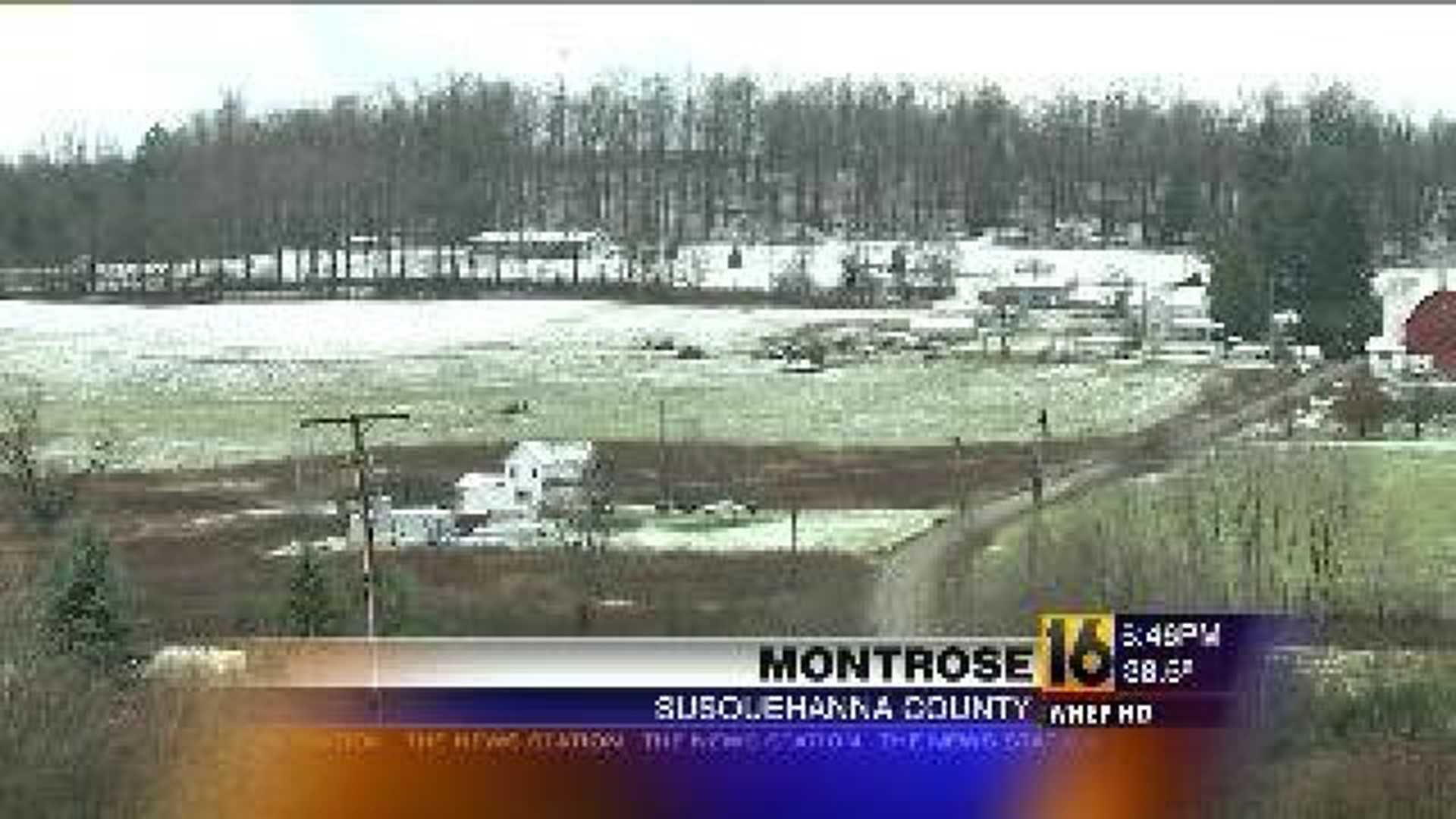 Some people woke up Tuesday morning to see a bit of winter in their yards.

It was just Monday when the grass was green, the sun was shining, it was 65 and felt like spring. Some kids were even off from school and enjoying fun in the sun.

24 hours later, the ground at Moosic Lakes in Lackawanna County was covered in snow, along with the trees and roads.

It was the same story in other higher elevations. Like in Gouldsboro, Wayne County, where snow was covering  the ground.

Another Photolink picture was sent in from the New Milford area of Susquehanna County showing a winter like scene.

When Newswatch 16 stopped in nearby Montrose, we found farm fields and houses covered in about one inch of snow.

Sal Vetri says he was caught off guard by the snow and doesn't care for it one bit.

Some people in Susquehanna County say, the weather changes from day-to-day, so waking up with a little snow on the ground is no surprise to them.

"Looked like we were on the edge, we could either get snow or rain. So woke up to snow, Ya deal with it," said Bill Vancott of New Milford.

Even though some people in the higher elevations had their first taste of the winter season, it doesn't look like we will being seeing more. At least for the next week, since the forecast is calling for plenty of sunshine and average temperatures for the next few days.