EXETER, Pa. — Part of Route 92 over Hicks Creek in Exeter remains closed to traffic. Over the weekend, a water main break caused the roadway to open up, a... 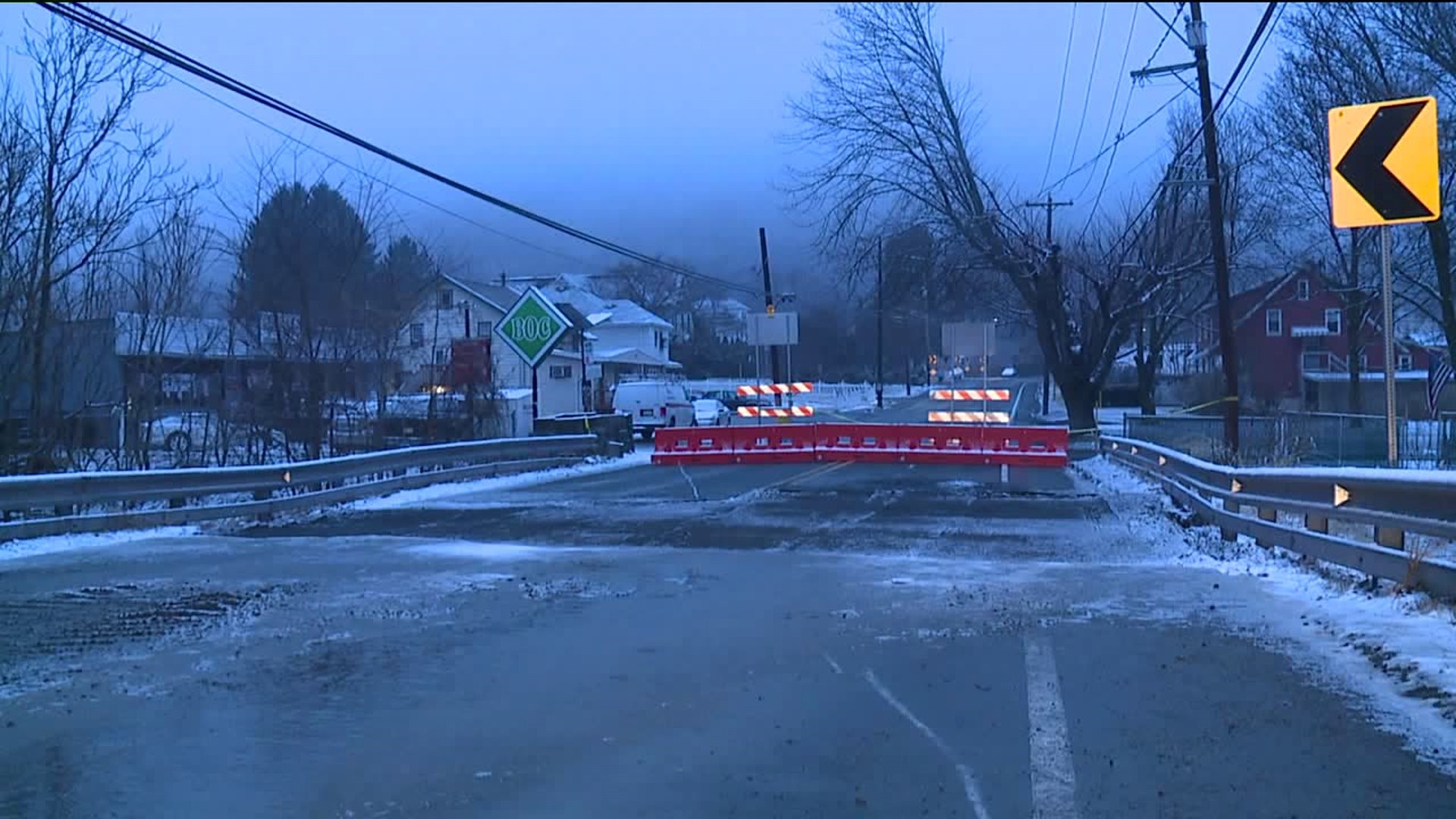 Over the weekend, a water main break caused the roadway to open up, according to PennDOT.

Repairs were made and the hole was filled in, but workers discovered more problems: mainly a large pipe that runs under the road is damaged, too.

"I took Tunkhannock Avenue across Stevens Lane to work. Took me 15 minutes out of the way to get to work," said Eric Dixon of Swoyersville.

The detour around the closure is three to four miles long.

"I think it's going to be a pain in the neck just going around it all the time. Even coming to the store, you can't get right to the stores no more," said John Holleran of Harding.

Nearby businesses are feeling the pain.

The owners of Blue Ribbon Dairy say it affects their daily deliveries for sure.

Same for the folks at Superior Plus Energy Services.

"It delays our time, it delays our getting to people's houses. When you multiply that by 20 deliveries a day it's pretty significant," said Tom Hawk of Superior Plus Energy Services.

"It's going to be a pain, that's for sure but it has to be done because it's bad," said Cindy Cain of Superior Plus Energy Services.

PennDOT is going to have to come up with a design to make temporary repairs so this portion of Route 92 in Exeter will be closed for at least a couple of weeks.