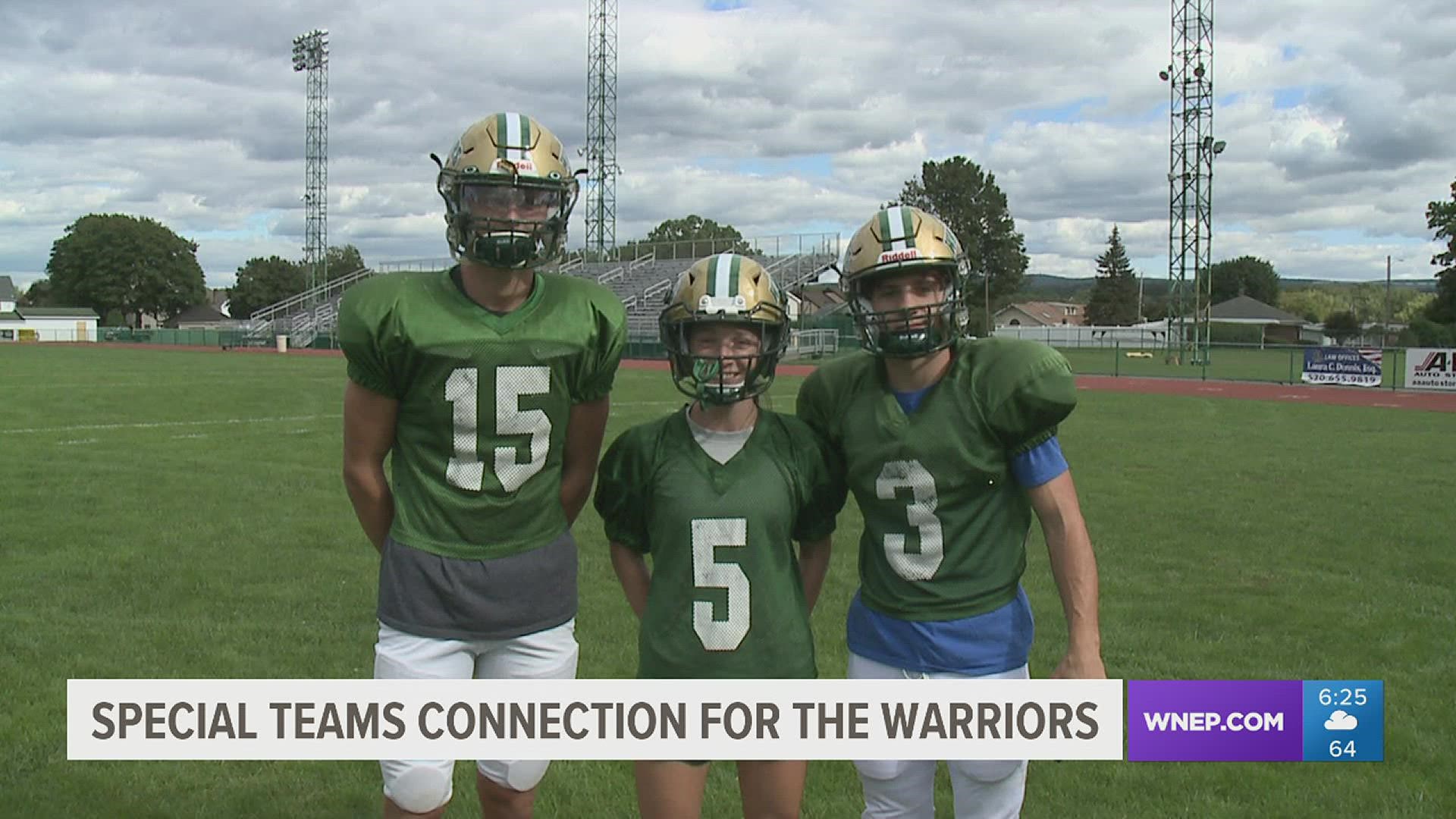 EXETER, Pa. — They are part of the Wyoming Area football team first out on the field.

Holder Rocco Pizano, and kicker Halle Kranson. A unique trio, but an effective one.

"We have some great athletes at Wyoming Area. Many of them 2 and 3 sport athletes that have been playing multiple sports since they we're 5 years old so it doesn't surprise me that she could come out here and kick like she is. It's exciting definitely having a good kicker behind you definitely makes me look good and makes the team look good too," said Blaise.

"My job is really necessary easy. Blaise gives me a great snap considering how good he is. I just grab it and put it down and then it's the kickers job to do the rest," said Rocco.

"Yeah Blaise definitely gives reassurance that nobody is going to come and block my kick. He gets it back quick to Rocco and Rocco gets it down on the block and I get the ball off," said Halle.

RELATED: David Akers And Ken Parrish Give Instruction At The 570 Kicking Camp In Stroudsburg

Sokach-Minnick will work his way in next year at Penn State's long snapper. And if it wasn't for encouragement from his two older brothers he would of never pursued being part of special teams.

"Being around it for so long with both of my brothers doing it and catching it for them when they we're practicing it at home and all that I kind of already had an idea of how to do it. So I kind of just picked it up from there," added Blaise.

We'll the fruit doesn't fall too far from the tree for Halle to get into football. All she had to do was follow in her older sister Aleah's footsteps. She was also the kicker here for the Warriors.

"It is a really unique opportunity that I decided to take on. You know being on the soccer team all that success then to come here on the football team they are very welcoming to me," added Halle.

Kranson hs hit on 3 extra points this season along with 17 goals for the Lady Warriors soccer team. Her schedule is full in the fall.

"Yeah I am having a very successful season on the soccer field. We are winning games all the games that we need too. We have a winning season so far and we are hoping to keep it rolling," again said Halle.