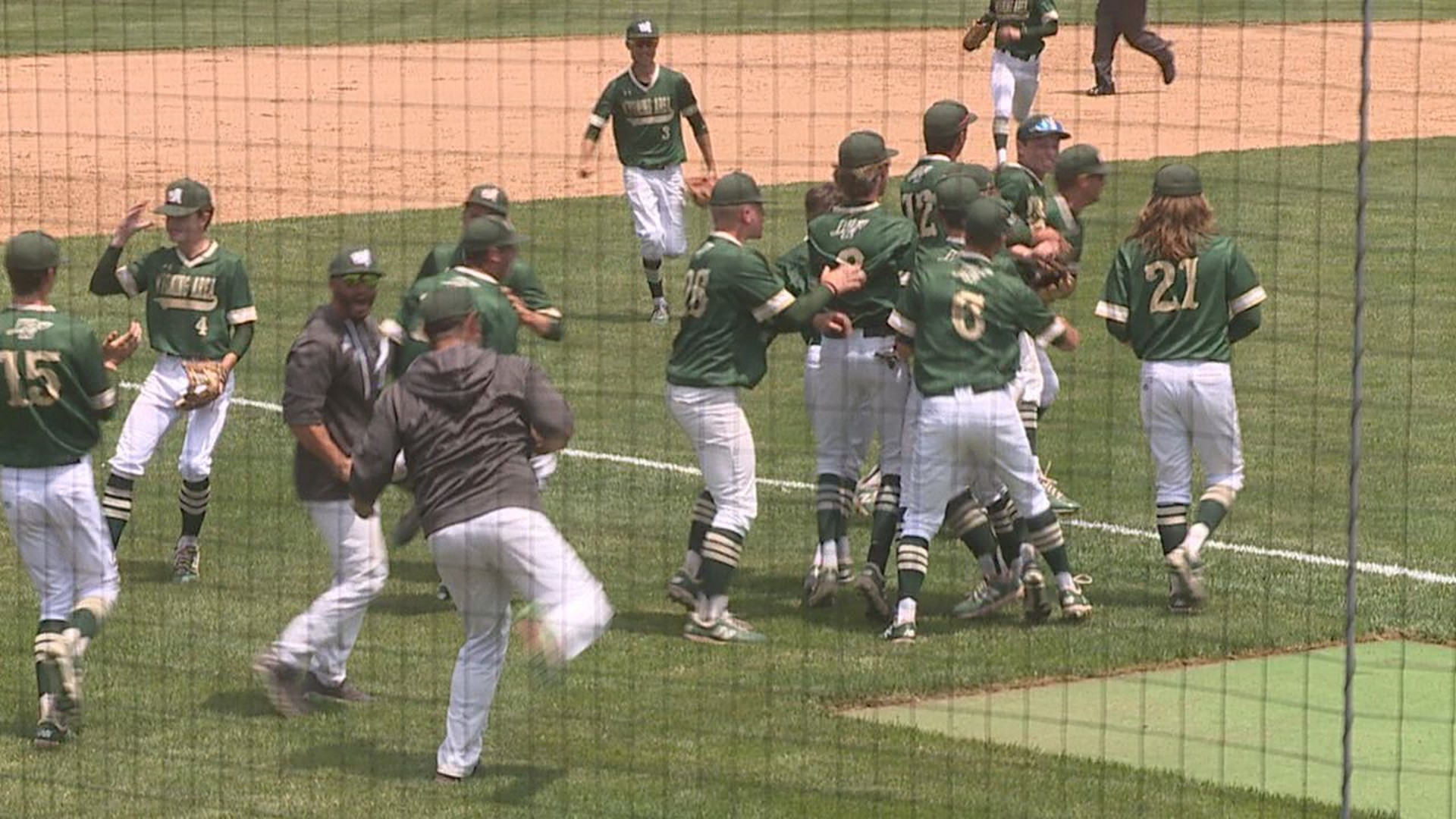 CENTER, Valley — The Wyoming Area baseball team beat Midd-West and ELCO to reach the PIAA Class 4A state semifinals. After their win over the Raiders, the Warriors explained how confident this teams is, just two wins away from a state championship.

RELATED: Wyoming Area Comes Back to Advance to State Semifinals

"Well we're hot right now," Wyoming Area sophomore infielder Casey Noone added. "We're on a huge winning streak right now. The chemistry is just great and we have a nice flow going. Everybody does their job and we have all the confidence in the world right now and there's nothing that can stop that."

"These guys believe. These guys believe," Wyoming Area Baseball Coach Rob Lemoncelli reiterated. "We're not satisfied with a district championship. We weren't going to Williamsport just to have a good time for a good experience, just like we weren't coming to DeSales for a good experience. We were coming down here expecting to win and we're going to have the same attitude on Monday."

The Warriors will play Bonner-Prendergast at 6:30 on Monday at DeSales University in the Eastern Final.