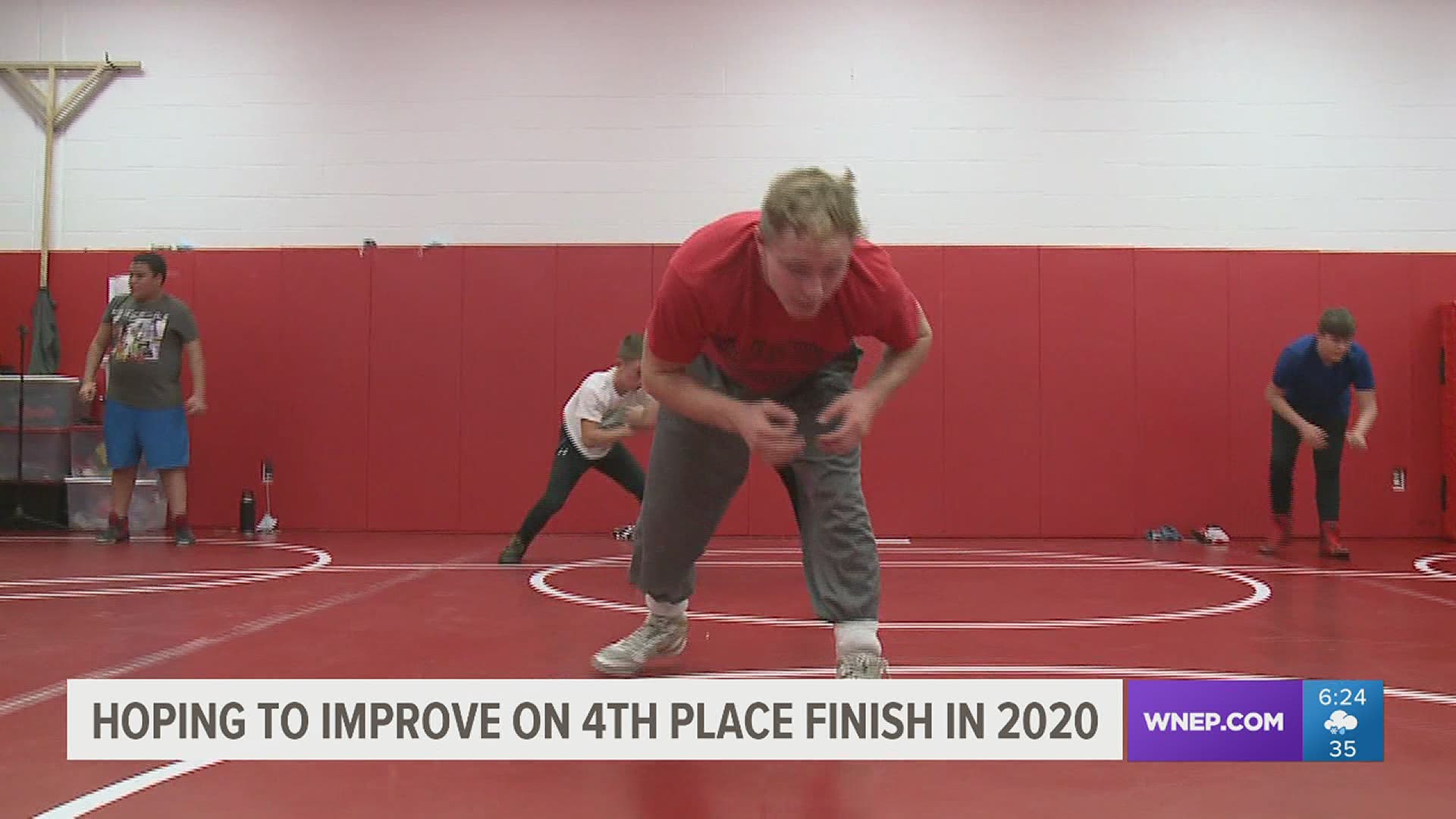 LAPORTE, Pa. — When Zach Strickland and Ryan Hembury won state wrestling titles for Muncy in 2011 that snapped a drought of 55 years for the program not having a champion.

Now Hembury who was named head wrestling coach at Sullivan County high-school in November guides the Griffins. Senior Nathan Higley who placed 4th at states in 2020 at 145lbs looks to become the school's first ever state champion.

"My job here is to pass that knowledge that I have gained through wrestling on to these kids. That is kind of why I am coaching, and that is really why I have got into this to coaching and also teaching," said Ryan.

"Yes! I am really excited because he has that college experience and the state title and I look forward to having him as a coach with all the opportunities," said Nathan.

To help grow this program Ryan has the advantage of teaching here in the school for the Griffins. Right now the numbers are good but in the years to come he hopes to increase them even more.

"it is nice to be able to be in the building and see the kids and get after them if they are struggling on their grades or trying to get more kids out for the sport of wrestling instead of sitting home during the winter," added Ryan.

A fresh new mat is as new as the days Hembury has been on the job and the white paint above the mat without markings. Hembury hopes to change all that.

"You brought that up a lot of schools have place winners on the wall. Nathan is a two-time state place winner and coming back his senior year and we are nothing short of gold this year. He has got what it takes to win a state title this year," again said Ryan.

"What does it mean to represent Sullivan County? And represent your school? It means a lot especially doing all the accomplishments that I have and putting the school on the map and trying to help the program as much as possible and grow the sport," again said Nathan.