Lady Millionaires Enter the Day at 9-1 this Season 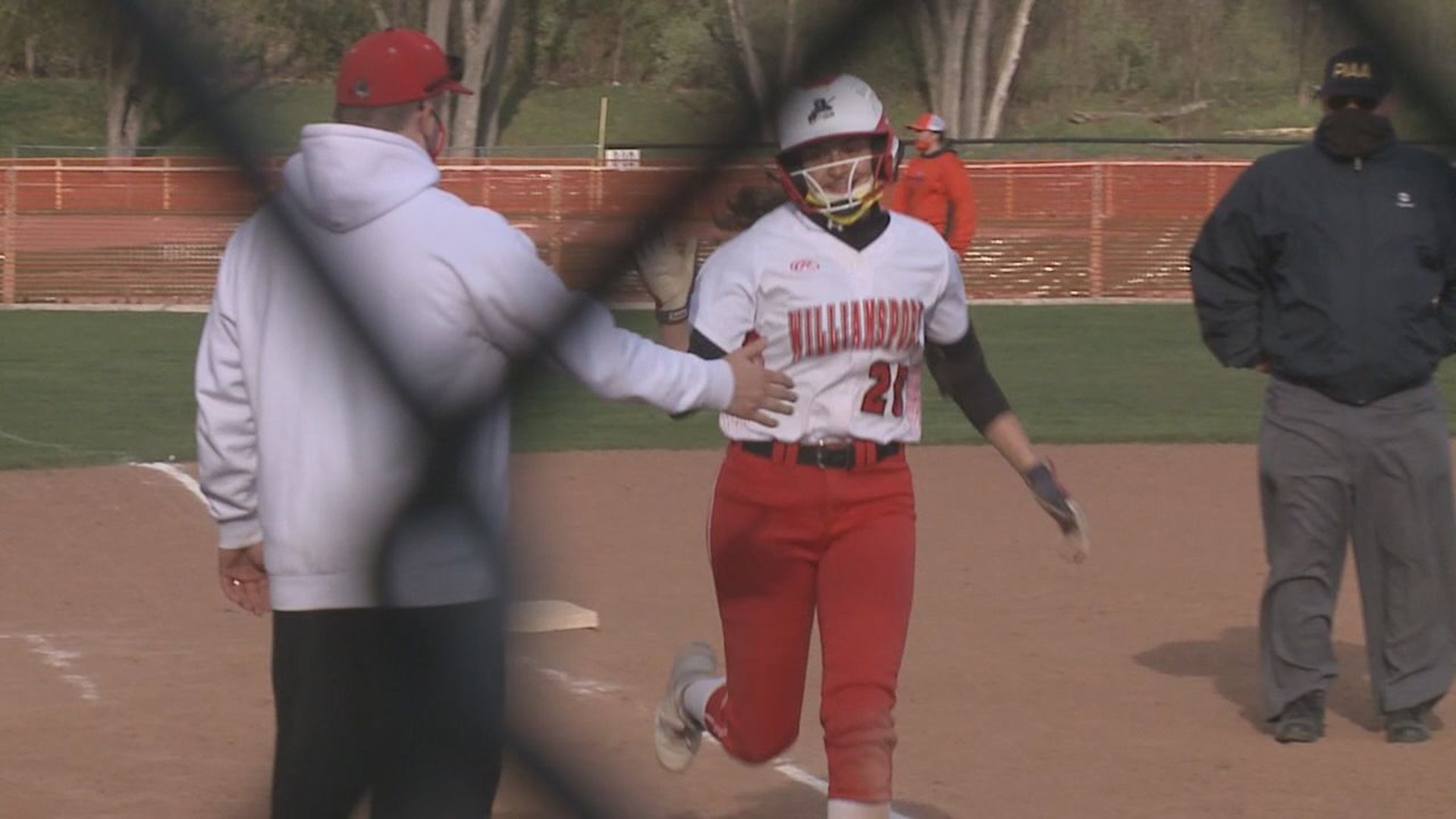 WILLIAMSPORT, Pa. — The Williamsport softball team is ranked 2nd in the state in Class 6A. The Lady Millionaires are 9-1, suffering their first loss of the season this past weekend to Loyalsock. But this is a team that excels at the plate, in the field and in the circle. Last week, our Steve Lloyd caught up with Head Coach Chase Smith and the stellar sophomore infielder, Aubri Blair.

"Aubri is unbelievable," Smith said. "She's only a sophomore but you speak to her and you think that she has been doing this for years and years at the varsity level. This is her first year at the varsity level. It's her 3rd homerun already. She plays phenomenal shortstop. The best base runner that I have ever seen. The girl has the whole package."

"Small ball very important," Blair said. "We have been practicing a lot with our bunts. Especially on good pitchers like that she was throwing pretty hard. That was probably the hardest that we have seen all year. So, we had to make sure that we we're ready to put them down."

"The district championship is obviously a stepping stone for us that we haven't been able to get over in a while and we have no doubt this is our year," Smith said. "If we have the team play like we are playing right now I don't know how any team can beat us with what we just did out there. We faced a top tier pitcher and we put the ball in play basically ever at bat so we feel that we can compete with anybody when we play like we did today."