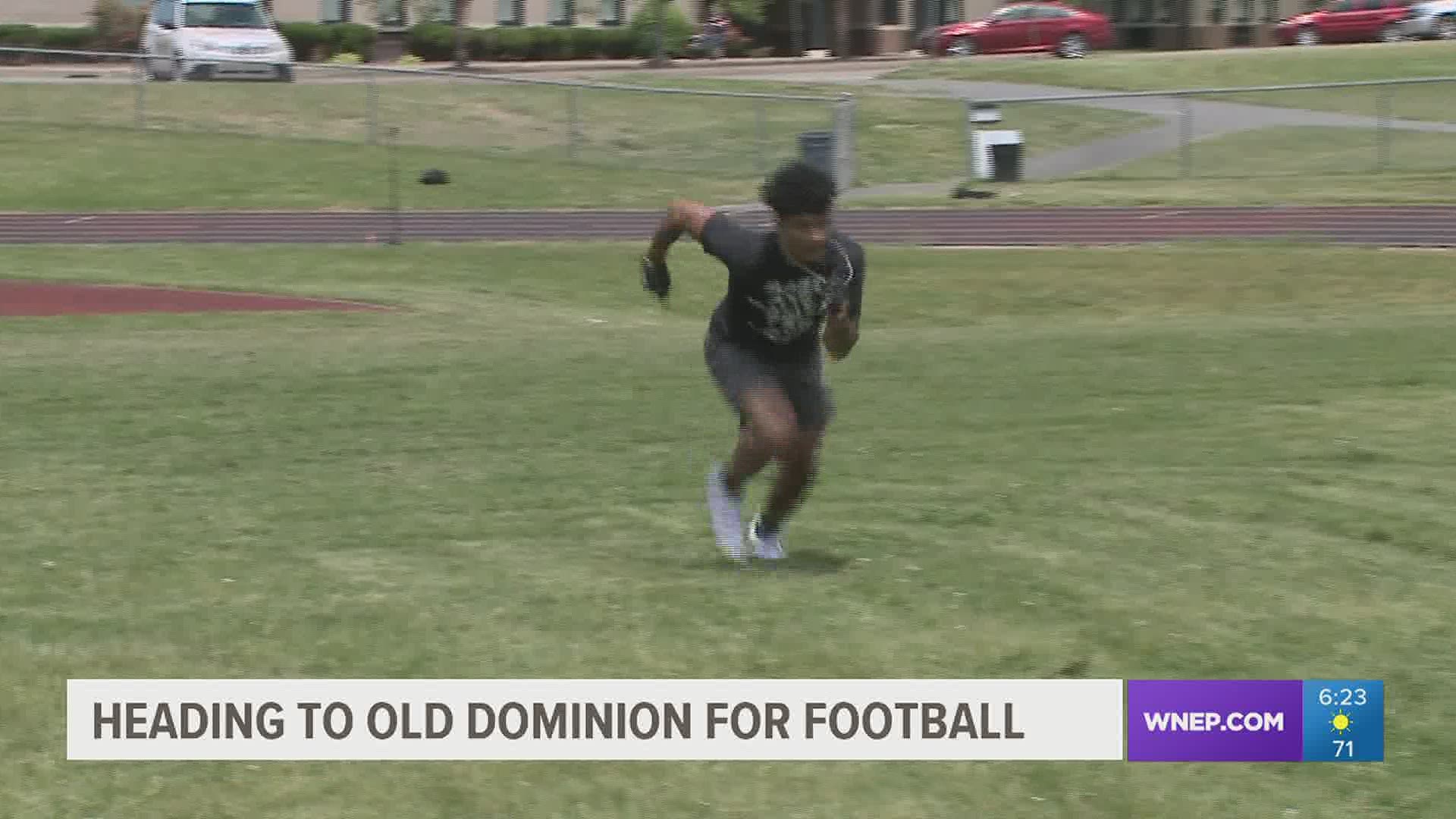 PLAINS, Pa. — Wilkes-Barre Wolfpack senior Raphael McCoy is preparing for the next stage of his life. The Monarchs of Old Dominion out of Conference USA in Norfolk, Virginia is his next stop. Coach Ciro Cinti says they are getting a terrific kid and an outstanding football player.

"This past year he was just phenomenal offense, defense, special teams. You couldn't find a better kid in our league," said Ciro.

"Track helped me a lot. Coach McGrane and them too. I started track when I was a freshman and didn't know that I was going to be as successful as I was, and didn't really know how fast I could be until I did track," again said Raphael.

"I mean he is really the one coach that believed in me, and saw all the potential that I could have to play FBS football. I was just really excited that he was recruiting me to go to Penn State and he moved and he didn't just stop and forget. He brought me over there with him. I stood loyal to him and he stood loyal to me and I am ready to get to work for him and I am excited," added Raphael.

RELATED: Meyers And Coughlin The Final District II Championship Meet Before The Merge

Most likely Coach Rahne at Old Dominion will use Raphael at wide out where he can utilize that speed in open space.

"You know the first thing that they said is that we could use somebody with your speed. You are just as fast or faster than a lot of other Conference USA wide receivers," said Raphael.

"And this year Coach Jackson used those talents this year. He was all over the field in all different positions, and he has ability that you don't coach. He has true football speed," again said Ciro.