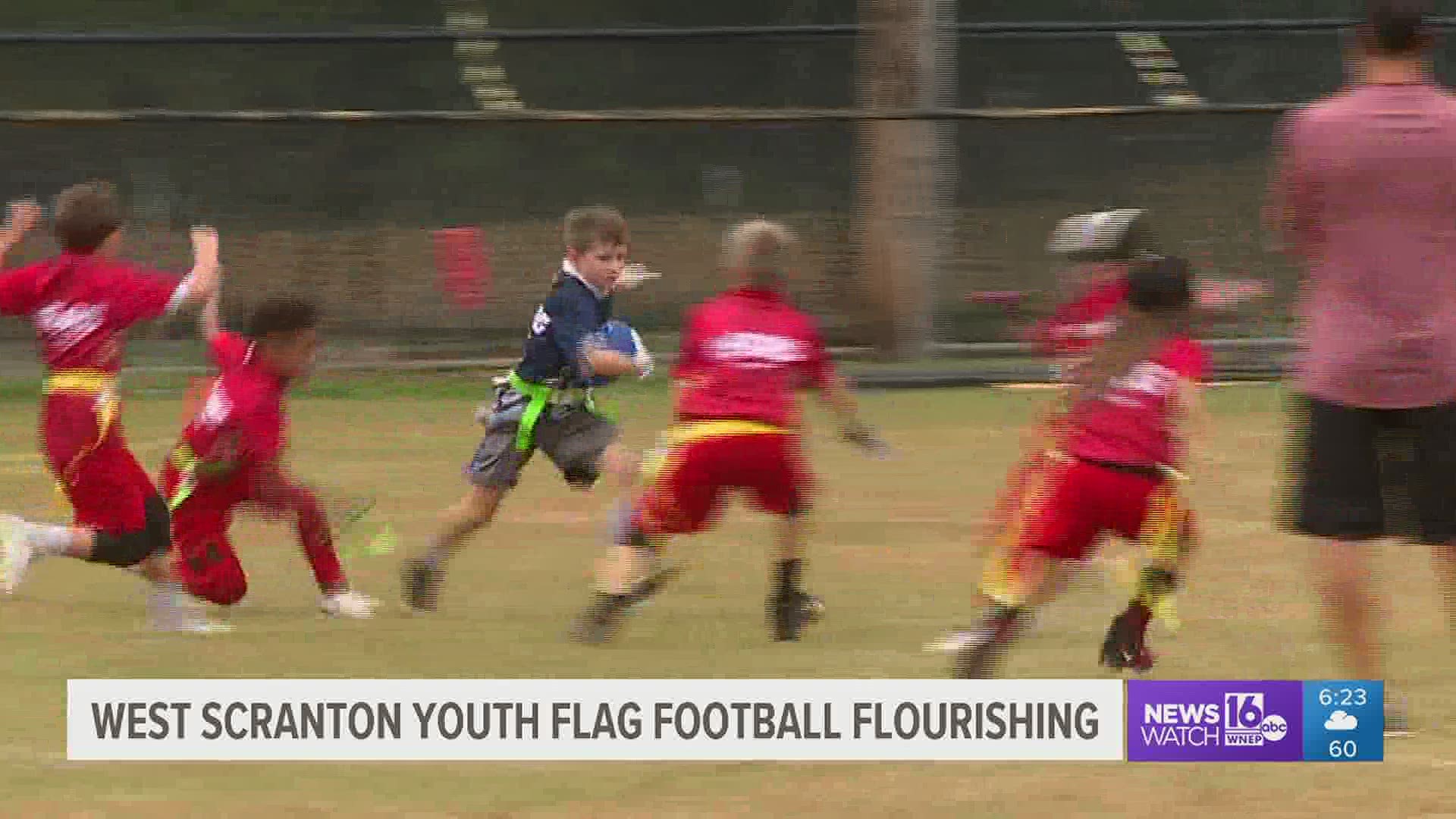 SCRANTON, Pa. — Sundays are for football, but flags are a good thing here. Welcome to the West Scranton Youth Flag Football League.

Since 2014, the league has been affiliated with NFL Flag, hence the official NFL logos and team names. They have kids from Pre-K all the way to 8th grade. While the league started in West Scranton, they've out-grown the name. This year, they're playing at the East Scranton Little League complex, and they're coming from all over.

"We have a player as far as Shavertown this year, Jessup, up to Eynon, the Valley View kids as well," Jack Dougherty said. "The uniqueness about us is we're not just one strict area."

"The kids have their own jerseys," Tony Burns added. "They have their own uniforms. So it's a totally legit league. It's run the right way. I'm from Pittston and we came all the way up to Scranton to do this."

With the pandemic, a 2020 season was not guaranteed, but the turnout turned some heads.

"We saw the registrations coming in," Jack explained. "So, we were hoping again for 100, maybe, players to have a small league. When we started nearing 200 players, we were like 'OK, we have something here. There's kids that wanted to play sports, but there was parents that wanted to watch their kids play sports."

"I'm very grateful because of COVID-19 and everything," 10-year-old JAcob Alers said. "I thought we weren't going to be able to play any sports this year."

"If this didn't happen, I would have been sitting inside all day on a chair, doing nothing," Nello added.

And this sure beats that.