Warrior Run Ready to Make a Run in Girls Basketball 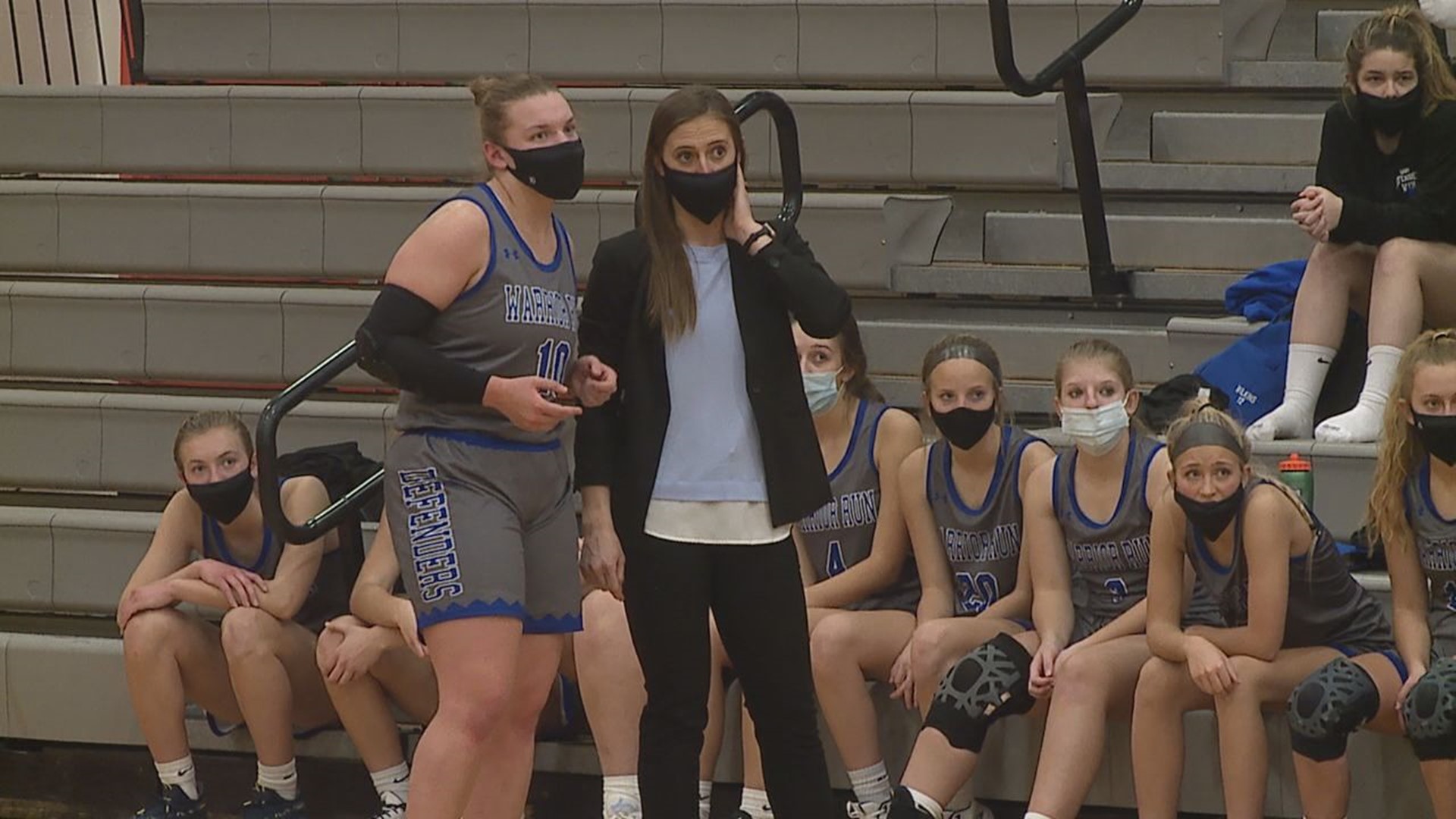 MILTON, Pa. — In her second season as the Warrior Run Girls Basketball Coach, Racheal Herb wants her team to play every game like it’s their last – a familiar mindset that has new meaning this year.

"That’s probably something I will say before every single game because in everybody’s mind, they are really thinking that," Herb said before her team's 45-36 win at Milton Wednesday night. "We feel lucky. We’re fortunate that you know what? Our season didn’t get canceled. It’s here. It’s now."

Girls basketball wins 45-36 over The School to the South tonight!

No one is happier about that than Emily McKee. The 6’0” junior forward averaged 16 points and 11 rebounds before going down with an ACL and MCL injury last season. All braced up, she’s ready to go.

”I’m really excited to get back at it again with everybody," McKee said. "We have a great lineup this year. I’m becoming perfectly confident with it, just the way I’ve been playing this summer. It’s just a matter of testing out what I’m capable of."

”That was tough for us last year," Herb explained. "It was just a blow to everybody emotionally, mentally, the team physically and for her to be able to rehab and come back and she is just ready to be on that floor.”

McKee returns to a loaded lineup. Led by Sydney Hoffman, the Lady Defenders return virtually their whole lineup and about 95% of their scoring from a year ago. This is the year they’ve been building for.

”We think this year is definitely the year," Hoffman said. "We have a lot of returners and most of us have been playing together for seven years now. So we see this as this is our moment now.”

”Last year was kind of just get the ball rolling with coach and the new program," McKee added. "Now we really have it on lock down. I think we have a great inside-out-game and we just kind of run the court fluidly.”

The Lady Defenders’ season tipped off this week with a win here in Milton, but they know that is just the beginning. The potential is there to make a memorable run in 2021.

"We’re looking to win a district championship for sure and go as far as we can in states," Hoffman explained. "All the pieces are definitely there for us to make a run."

"I think we can go all the way," McKee added. "We’re looking for a district championship this year. There are definitely some tough teams with great girls. Don’t get me wrong, but I think we’re going to give them a match."

”I think that we can be the top team," Herb said. "We have an all-around amazing group of girls that can go very far if they can come into every game with the correct mind set and just ready to go.”