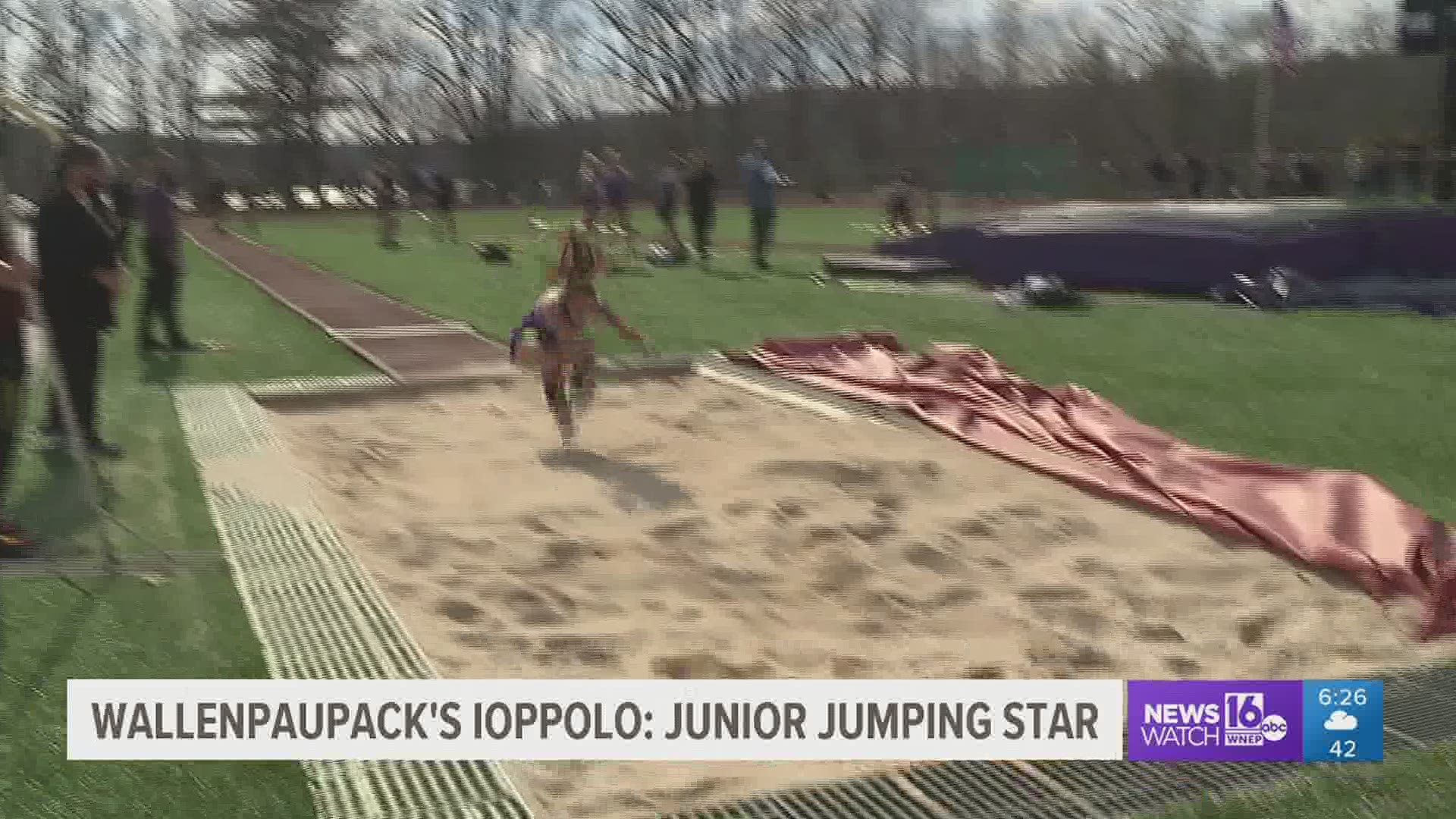 HAWLEY, Pa. — Anastasia Ioppolo won three individual district gold medals, as a freshman. Fast forward nearly two years, the Wallenpaupack junior is still turning heads in the long jump, triple jump, as well as the 100 and 300 meter hurdles. So how did she become one of the top athletes in District II?

"Honestly, I couldn’t even tell you," Ioppolo admitted. "I was alright my 8th grade year. I was nothing special and then I just came out my freshman year and for some reason, I just was good.”

Credit: WNEP
Anastasia Ioppolo gets ready for the long jump.

Maybe the Buckhorns’ head coach, Mark McHugh, can help her out.

”She’s a spectacular athlete," McHugh explained. "One of the kids that comes around once in a coaching lifetime. Hard-working kid, puts in the effort, has high expectations for herself, not only on the track, but also in the classroom. So, when those two things come together, you get something special and obviously, she’s special.”

Ioppolo didn’t even have to wait for districts for quality competition. Wallenpaupack hosted Delaware Valley this week. So she went right up against their top field star, Brooke Acoveno in the long jump and triple jump.

"I’ve been thinking about it all day, actually," Ioppolo said. "I know she’s also really good and just try to use it to push myself further.”

”In order to be the best, you have to beat the best and (Brooke) Acoveno’s been one of the best for a long time, her brothers and her," McHugh added. "I think Ana’s risen to that and showed that she could be the best.”

Credit: WNEP
Anastasia Ioppolo reacts to learning she broke the school record in the triple jump.

”I want to give everything I’ve got and any chance that I can to get better and then hopefully by the end of the season, I’ll be back where I was or even better than that," Ioppolo said.