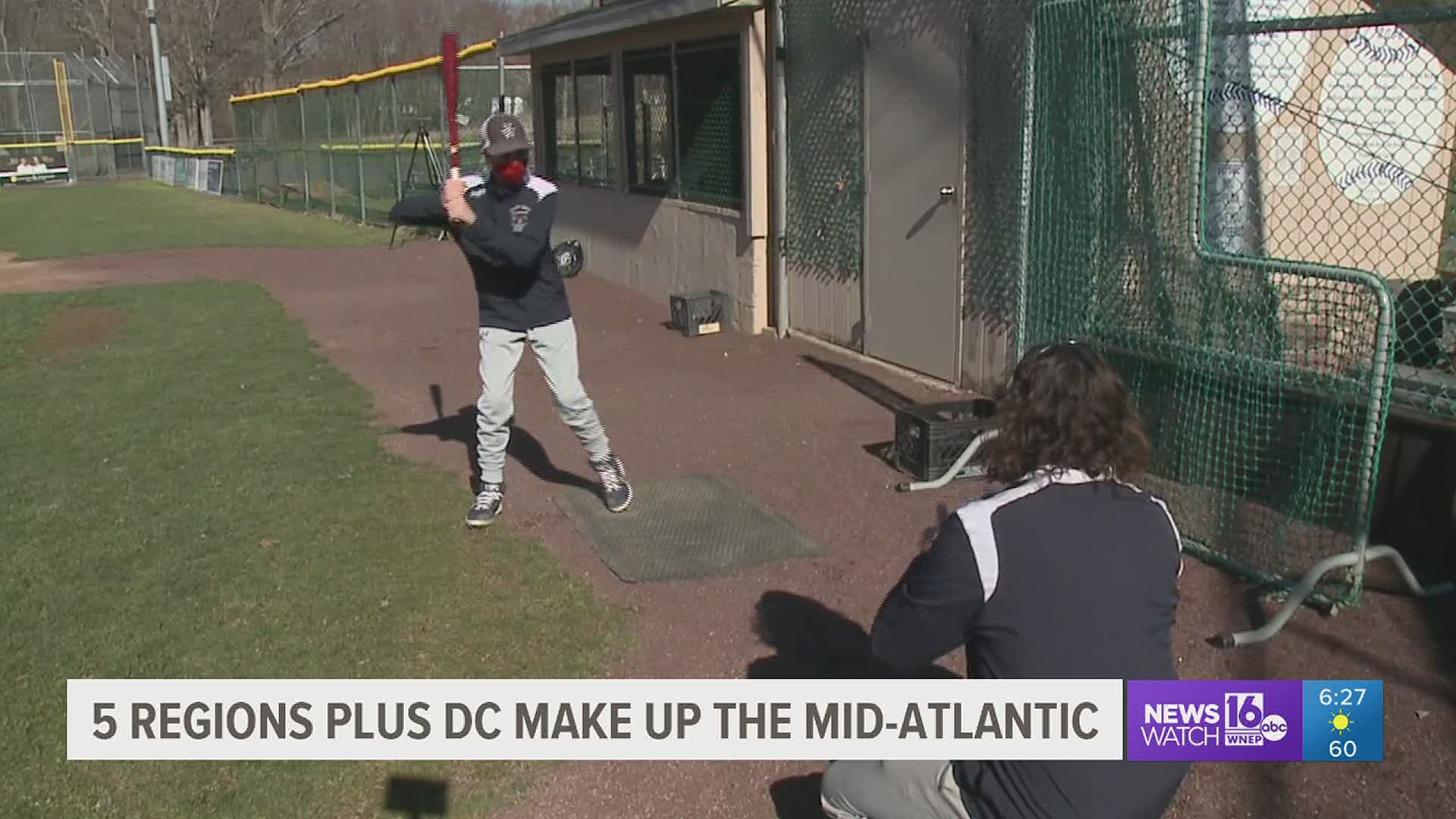 CONYNGHAM, Pa. — Minutes from the Conyngham exit off of Rt 80 sits Whispering Willows Park home to the Valley West Little League the site of this year's State Little League tournament for the 11 and 12 year old boy's.

"It's going to be so exciting. That is what we are looking forward to most. Most of us live close enough that you can hear the roars. And down here at Valley West Little League we do get a lot of roars and with the tournament being here it is going to be that times 10," said Daniel Zola.

The COVID-19 pandemic canceled last year's Little League World Series. Players like Jack Esposito and Mikey Balay missed an entire season. So now to have the best teams coming to their field July 24-31 is super exciting for them.

RELATED: Little World Series hopes to be a full go in August, but we are still two months away from stepping into the batters box and make a final decision.

"It's an honor. It feels really good to have it. We are hosting it," said Jack.

"I was really excited because if we make it here we are going to be playing at our home field and it is going to be really nice to just be here again and to play," said Mikey.

The big thing for the 8 Section winners when they get here to Valley West Little League in Conyngham for the state tournament will be hotel accommodations and food. We'll there has already been a special committee assigned to take care of those needs.

"We are anticipating a nice crowd. Hopefully from all over the state. And we are going to provide places to stay and certainly some great local restaurants for them to eat at," said Joshua.

"Whispering Willows Park is a great park for the kids. We are going to make sure that we have sufficient parking and everything from A-Z our committee is working on," again said Daniel.

One donation goes a long way. The whole squad will appreciate it! #LiftYourLeague

Find out how to rally around your local league now at https://t.co/1x1r83Mn8Z pic.twitter.com/SpBa3sK5tM

The PA champion coming out of here goes to the Mid-Atlantic region and joins Washington DC, Maryland, New Jersey, New York and Delaware for a week long tournament. The winner then goes to South Williamsport for the Little League World Series.

"To be able to host the 12-year season if we can get to states would be just unbelievable," added Joshua.

Keystone Little League made it to South Williamsport back in 2011. In 2022 the World Series expands from 16 entries to 20.