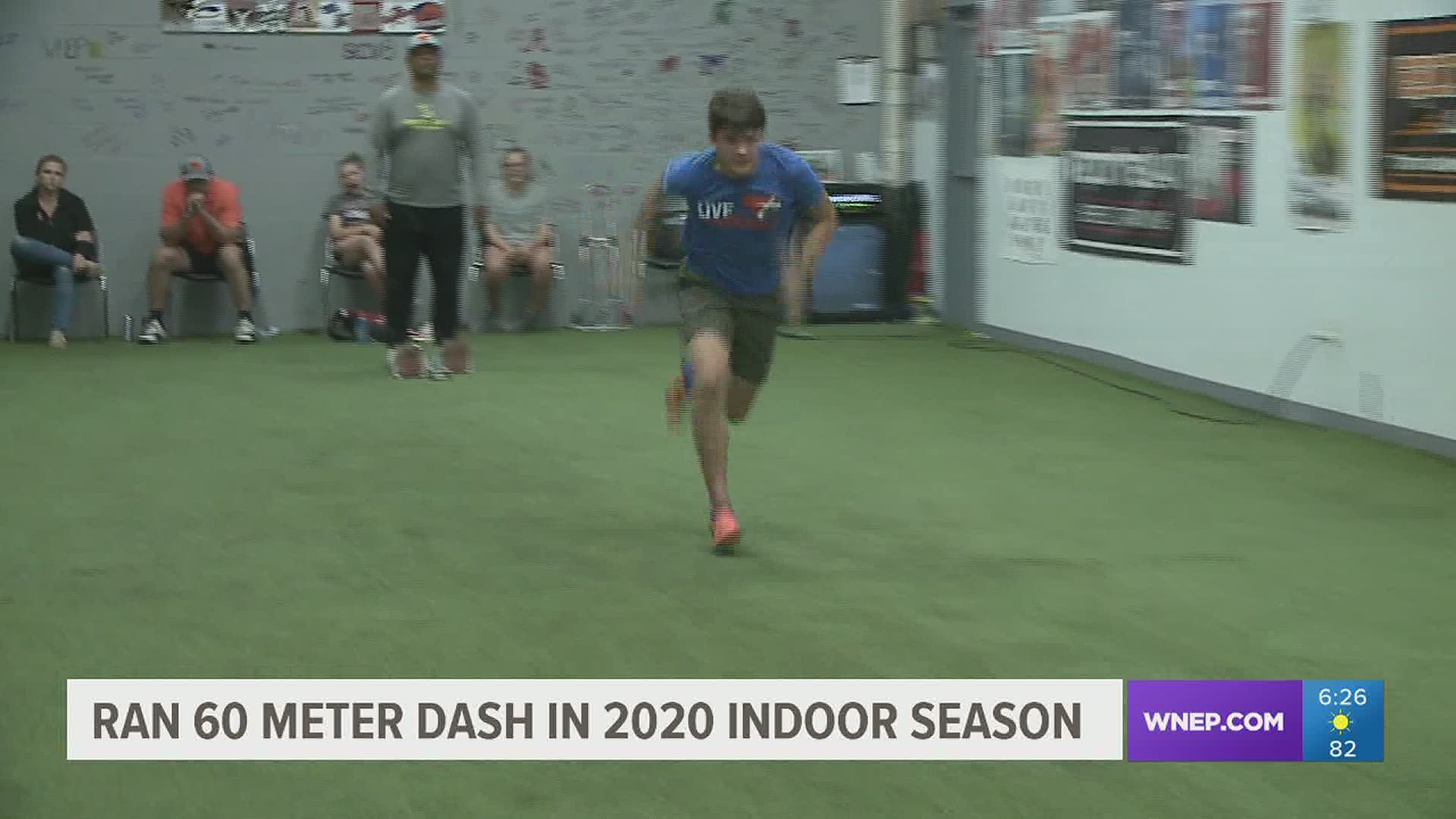 BLOOMSBURG, Pa. — At Vaportrail in Bloomsburg owner Tom Hughes has trained some of the best track and field athletes over the last 10 years. Jahvel  Hemphill his 10.47 in the AA 100 meter dash is the fastest of all time. Lauren Ball won 8 medals in here career at Bloomsburg. Triple jump state champion Britni Phillips trained here, as did two-time Gatorade Player of the Year in football Julian Fleming.

Tom's next project hurdler Brandon Zimmerman from Danville. His 14.72 in the Athletic.net virtual national meet was one of the top times in the country.

Yes I was very surprised. This virtual thing is new to us. It was introduced to me by one of our coaches that we have here at Vaportrail Mike Rogers," said Tom.

"I train as much as I possibly can. I am always lifting whether it's with Resurrection or just on my own at school," said Brandon.

RELATED: CJ Dippre commits to Maryland to play tight end for the Terrapins

RELATED: Jordan Nelson has shifted his workouts to football and his upcoming freshman season at Villanova

Brandon made it to states as a freshman on a relay team, but hasn't qualified since He placed 4th at the District IV meet in Williamsport in 2019 in both the 110 high hurdles and the 300 hurdles.

When I come here at Vaportrail I go over the hurdles and I practice speed," again said Brandon.

"The things that he has been working on technically is driving his arms through and bringing the legs through with his arms," again said Tom.

Brandon will continue to train over the summer and fall months and then come the wintertime he will try out for the basketball team and at the same time continue doing indoor track.

"Last year was my very first year of doing indoor track. I did 6 or 7 meets I believe most of them at Susquehanna," added Brandon.

His recent indoor season focused on the 60 meter dash and building speed.

Hurdles are like dancing. There is a rhythm to the event. You have to have the muscle memory to perform. BRANDON ZIMMERMAN Danville working on this! V’s Up!

"The future for him would be indoor Nationals, New Balance in New York City and having a good base in the winter time and taking that to the outdoor with the confidence and being able to run against the top kids in the country," again said Tom.