Tiz the Law, winner of the Florida Derby, has local ownership ties to Luzerne County 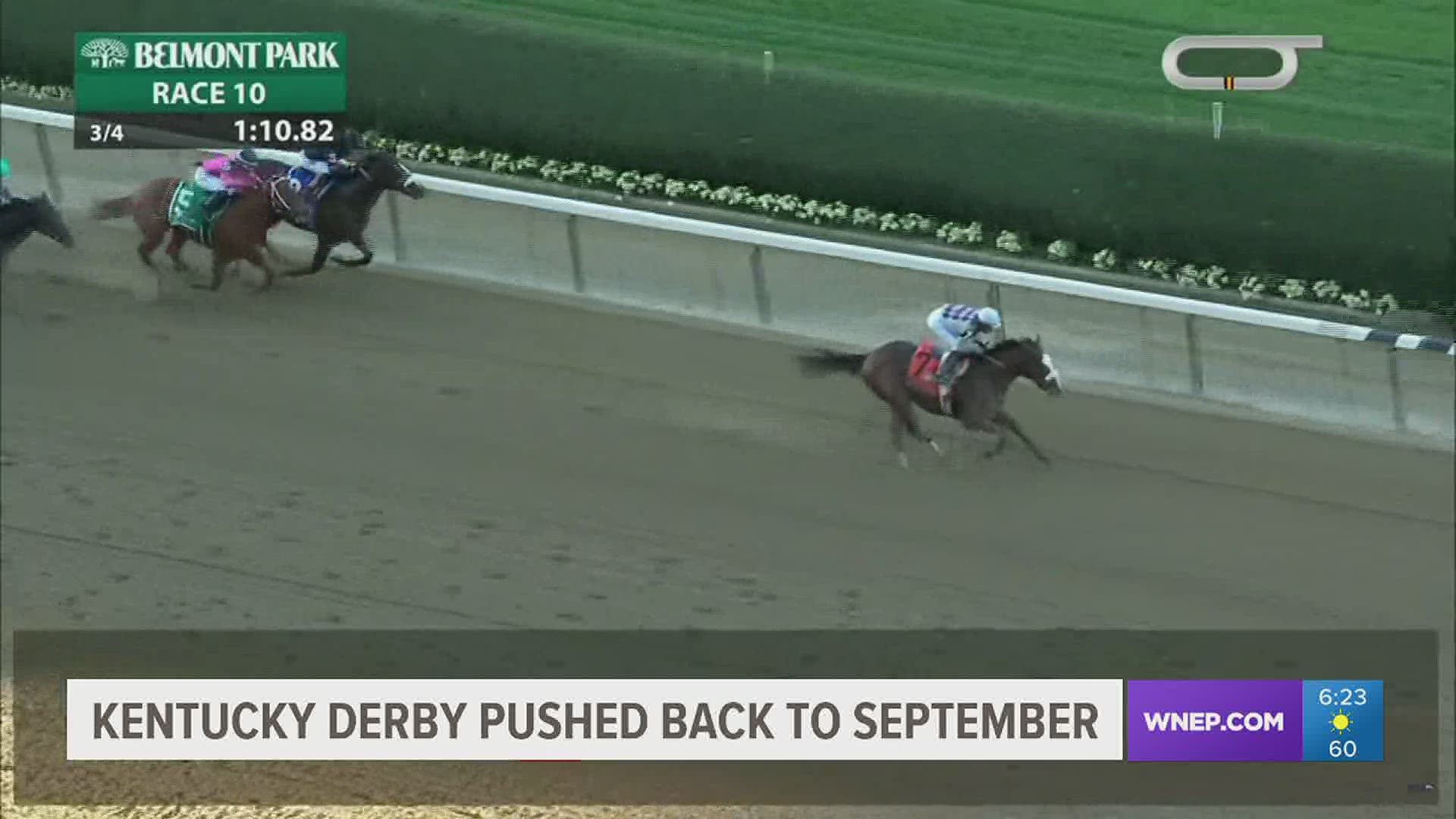 FLORIDA, USA — Attorney Bruce Phillips from Luzerne County passed away in October, leaving behind his wife Margaret and his love for horse racing. Bruce never missed the Kentucky Derby, the Preakness or the Belmont Stakes. The triple crown of thoroughbred racing for 3-year-old horses.

"17 years ago Bruce my husband attorney Bruce Phillips and I became friends with the Knowlten family at the Preakness party when Funny Cide won in 2003. We became very good friends, and that led to a partnership at Sackatoga Stables 30 horses later, and 17 years later, we have a horse by the name of Tiz the Law that will be running in this year's Kentucky Derby," said Margaret.

On March 28th, New York-bred horse Tiz the Law won the Florida Derby at Gulf Stream Florida in impressive fashion with no fans in attendance. Margaret was a mile from the track watching it on TV.

"I was here with three of my best friends and one of Bruce's best friends that had got him into horse racing, so it was overwhelming, and it was exciting. It truly is a dream come true for Bruce," said Margaret.

Since 1952 the Florida Derby winner has produced two dozen Kentucky Derby winners, 19 winners in the Preakness, and 16 in the Belmont. This three-year-old colt has run five races and won four of them.

"When he comes out of a race, he is not sweating. He is just an amazing horse right now," again said Margaret.

Fans will have to wait until the fall for some more horse racing. Right now, the Kentucky Derby has been postponed until September. It's at that point that Tiz the Law will start his run at the Triple Crown in horse racing.

"And it's time to respect the law Tiz the Law is your Florida Derby winner," added announcer.

"Oh, and the same here. I can't even get back to Pennsylvania, where a lot of our partners are out of Luzerne County, and we are all just trying to stay safe here in Florida as you know Florida is getting hit pretty hard as well," added Margaret.