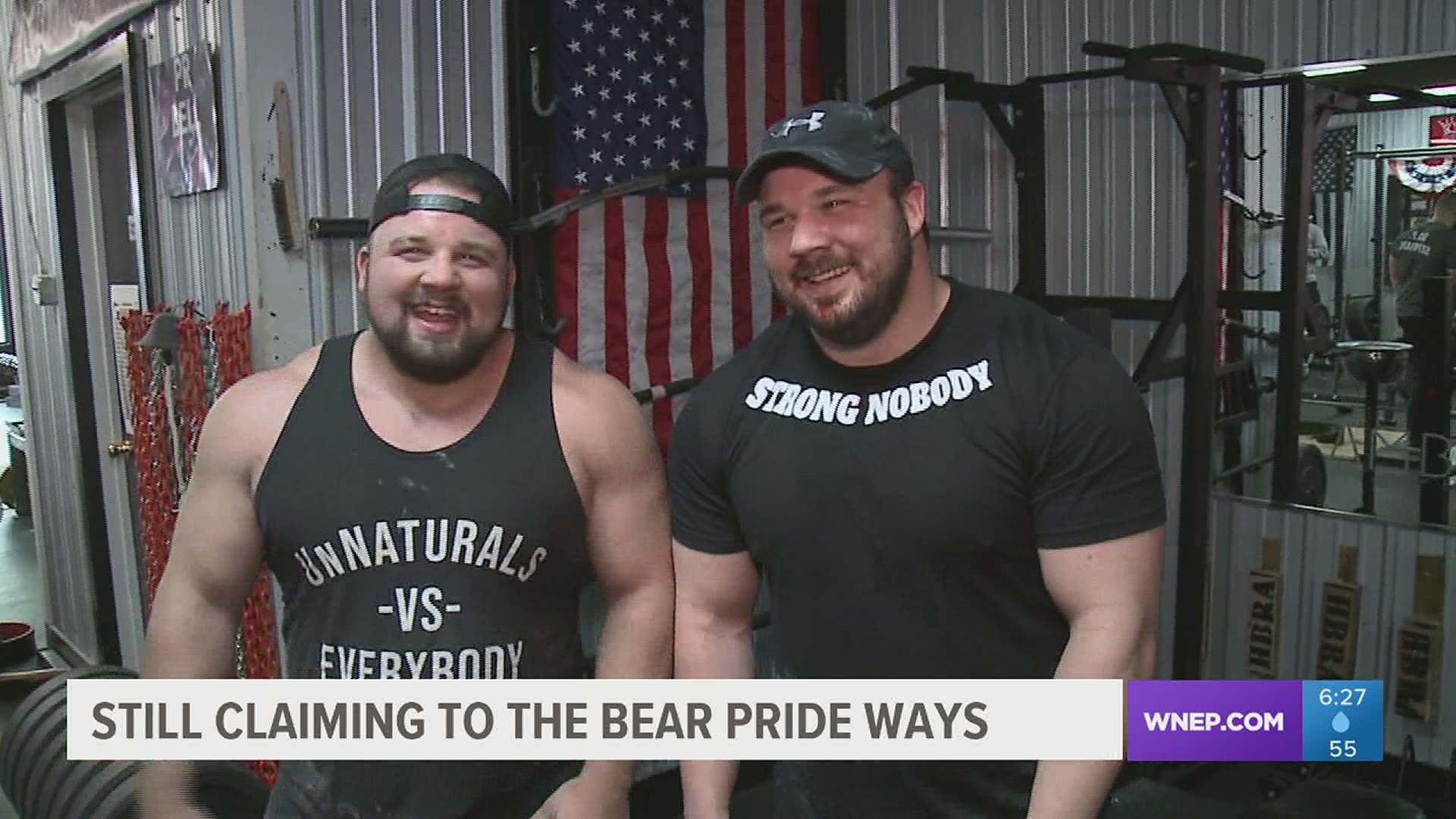 Nick and Austin played football and wrestled for the Bears and later turned to this sport growing in popularity. They deadlift 780. Squat 825. And put up 515 on the bench.

Both qualified for the September Showdown meet in Missourt in the Men's Open Division. Nick is currently ranked 4th in the world going into this raw only meet.

"You know you lift weights in high-school for sports for wrestling and football and then after that was over I feel in love with power lifting. And when I first got into this sport it wasn't real big and then it really took off. Recently in the last two years it got really big and it is starting to become more mainstream," said Nick.

RELATED: 'The Lion's Den' in Pottsville is home to strength and weight training for local athletes

RELATED: The Mann Family Heads To The World Powerlifting Championships In Japan This May

"And the day that I actually got into it he was at a meet. A really big meet actually.  And he was just sitting there and he looks at me and he goes why don't you do this" said Austin.

The training is intense. With each rep there is more weight. Kelo plates are used. The same ones that they will see in Kansas City. Peaking at the right time is key.

"It's the best of the best in the world. There is probably going to be at least 8 dudes that pull deadlift 900 lbs," again said Nick.

"I just have been training. I have been keeping my head down and working hard. And then when I actually got invited it was a surprise, but now it's like I am more ready than ever," again said Austin.

The Ambition gym here in New Tripoli Lehigh County has been open for 4 years now and it's owned by a graduate of Forest City High School.

Meet Dominic Cino. He played baseball for the Foresters and caught onto the sport in college. He now trains Austin full time.

"Both Nick and Austin are superior strength athletes. And we are looking forward and happy to work with them and refine their strengths,and then take them to one of the best ever," said Dominic.

Bear pride was the motto in high-school for the Forte brothers. Now NIck a Corrections officer in Centre County and Austin a former Pennsylvania Army National Guard member try to make history together.