6 women from the Netherlands are currently on the East Stroudsburg University roster for field hockey. 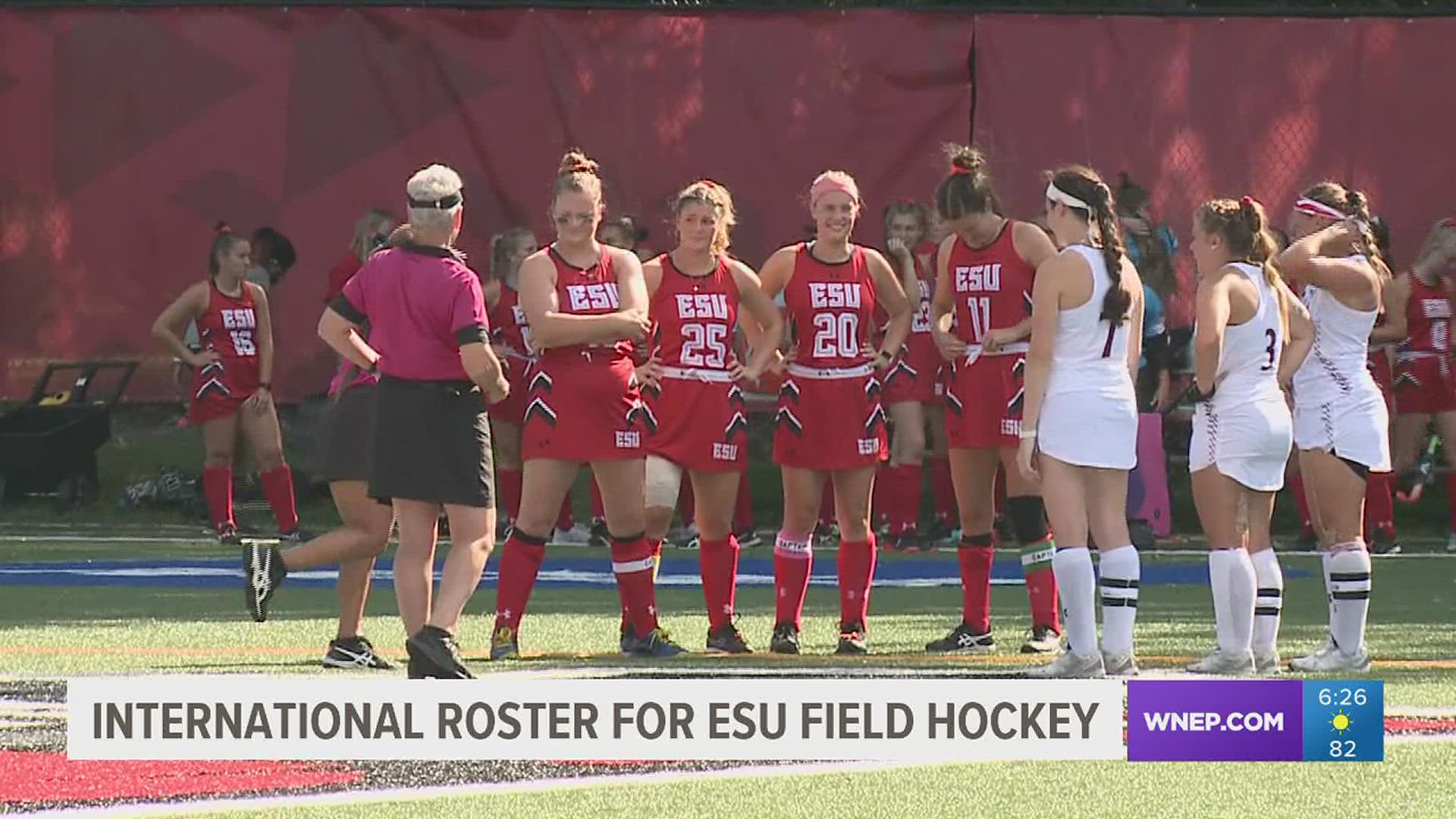 EAST STROUDSBURG, Pa. — Entering her 37th season of coaching the East Stroudsburg University Women's Field Hockey team Sandy Miller has 444 career wins and the 2015 NCAA Division II National Title. This year's squad is ranked 2nd in the nation and posted it's first victory of the season over Molloy 4-1 on Tuesday and recorded their first goals of the season after back-to-back 1-0 losses to Stonehill and Assumption.

"We really pride ourselves in bringing in a student athlete. It's very important that we recruit good ladies. We want good students, and good athletes and good people," said Sandy.

East Stroudsburg returns 13 players from the 2019 squad that made it to the NCAA Semifinals. The leading scorer then with 22 goals was Celeste Veenstra from the Netherlands. She is back along with Hannah Barbush.

"How do you end up here? How did I end up here? I really wanted to go to an American college to study here. I love American and their culture so I wanted to go to college and see if I could play field hockey and eventually I came in contact with Sandy and Katie Ord. And yeah we had a great connection right off the bat and very happy that I chose to come to ESU.

Despite not playing a game at Whitenight Field for 678 days, the Warriors picked back up right where they left off with a 4-1 victory over Molloy!

We'll the international flavor is alive and well here at ESU besides Celeste playing on the team there are five other women from the Netherlands, a player from Australia and one from Sweden.

"Celeste we we're fortunate to get her. But yeah we saw her video it was probably in April. I always remember the windmill that we saw in the video from the Netherlands, " added Sandy.

The goalkeeper is Amy Supey from Lake-Lehman high-school. Before she heads out into the world with her nursing degree she wants to win another championship. And East Stroudsburg filled both of those categories when deciding to come to school here.

"When I leave here I am just hoping to be part of a nursing community and be part of something helpful for our country and everything. There is just such a backbone in our society right now, " said Amy.

The Netherlands national field hockey team is ranked #1 in the world currently and has won the World Cup a record 8 times. Coach Miller plans on keeping that connection open for a long time to come.