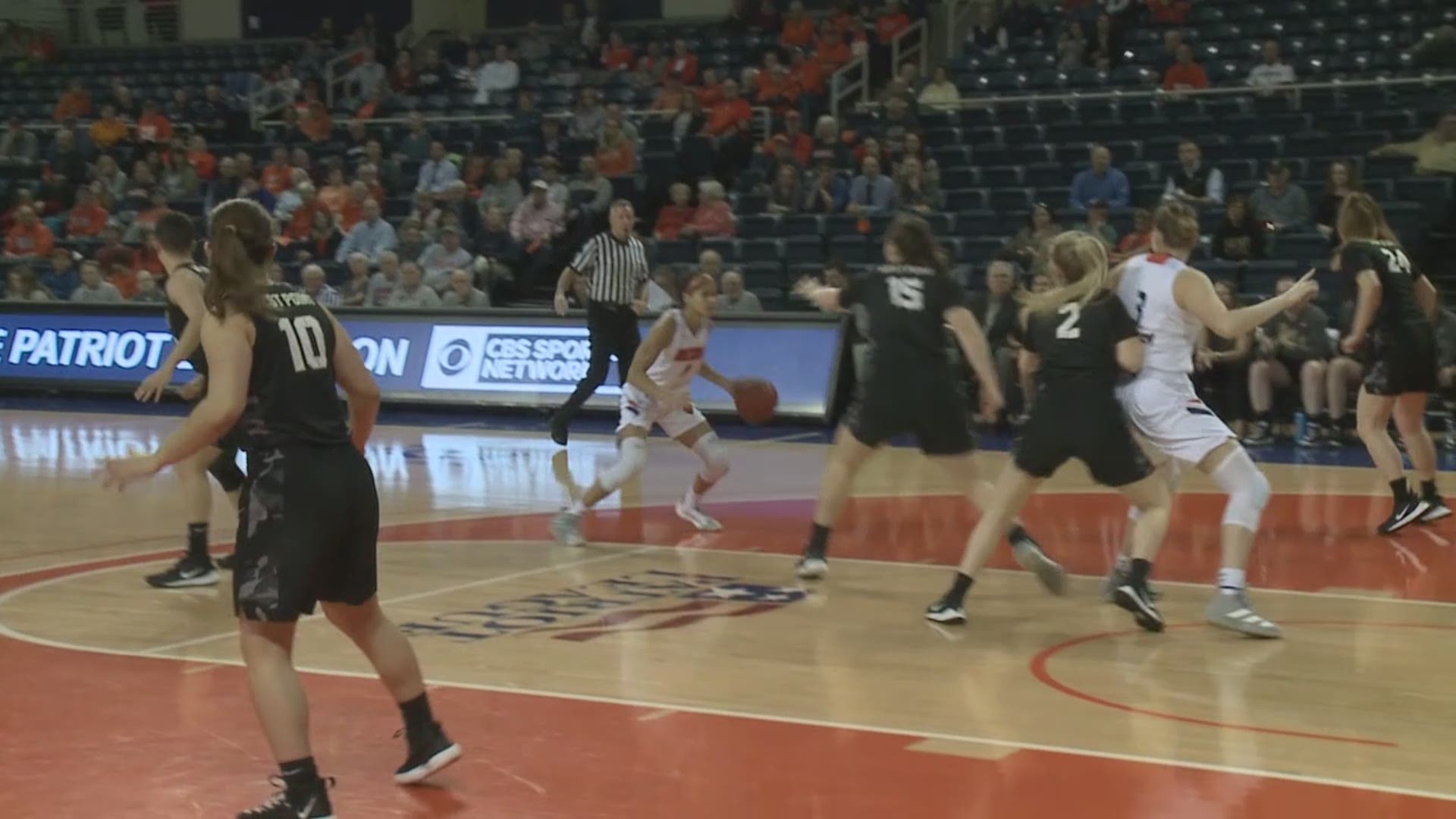 LEWISBURG, Pa. — The Bucknell women's basketball team was on a roll. 9 wins in a row. That (24-6) record and ready to host the Patriot League semi-finals when everything stopped. The NCAA cancelling all the winter sports championships due to the COVID-19 virus outbreak.

"Really I was just trying to console them. We had some tough emotions and feelings coming out which you would expect. We had two seniors who will never play at Bucknell again. We had a really hot team in terms of 9 straight wins and 19 of our last 21 so we we're excited about the future," said Trevor.

Crowned Patriot League regular season champs, Woodruff receiving coach of the year, Ellie Mack player of the year two wins at home was all that remained for a trip to the NCAA tournament.

"I've asked a lot of basketball coaches what basketball coaches do when there's no basketball and the answer is I don't know. Have you ever seen anything like this before? No! This is unlike any experience I've ever had professionally or personally. I think we are all just kind of winging it and doing the best that we can. In my mind I think that we all just try to  be the best people that we can be and best neighbors," added Trevor.

Coach Woodruff reaches out to his players almost everyday and right now he is implementing the off-season  plan for the players coming back to Bucknell next season.

"We connect with them on a daily basis mostly individually.We have group meetings set up. We are going to have individual meetings about what the off-season should look like for them in terms of how to improve their game because that can't stop," again said Trevor.