New turf going in for football, soccer and field hockey in Northumberland County 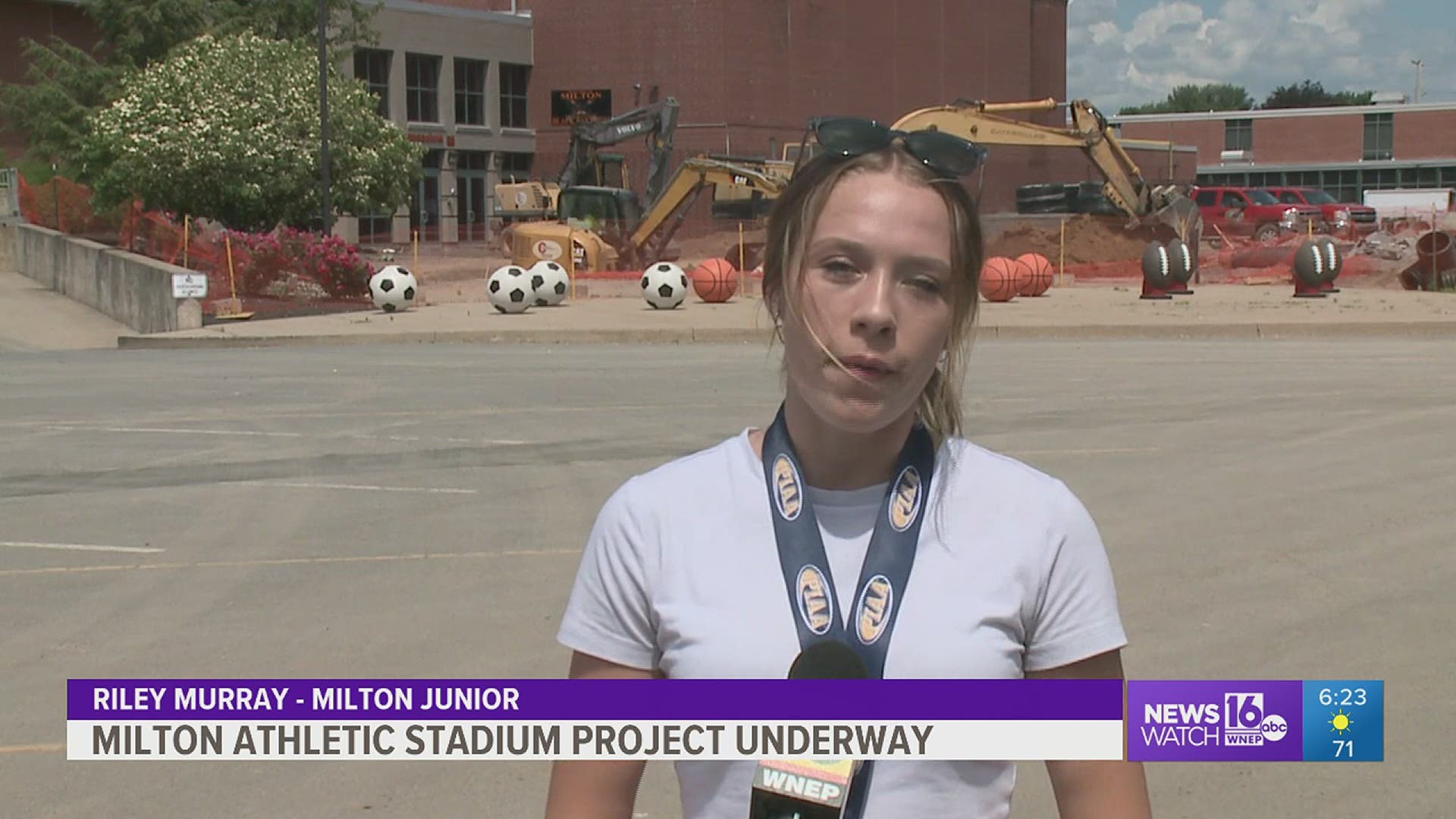 MILTON, Pa. — The football stadium that stood at Milton Area high-school for 73 years stands no more.

"This whole piece right here this is actually going to be the locker rooms and the storage space underneath the home bleachers so this will be home and away visiting football locker rooms," said Rod.

Construction is underway on the $14 million dollar Milton athletic stadium and athletic addition project. Along with a new turf field for football, soccer and field hockey there's locker rooms, new bleachers and an 8 lane track. Athletic Director and coach Rod Harris expects the stadium to be ready at the end of August.

"Yeah! Super excited! I have been here 12 yeas now as athletic director, and when I came in here in year one it was something that was on my plate to try and make happen here. We still had a cinder track. And kids we're practicing on cinders, and it's just not apples to apples when you have all the school districts around you running on an all weather rubberized surface," added Rod.

"During the high-school track and field season the state championship running 4 x 100 meter relay team here from Milton couldn't practice here. The girl's had to get on a bus each and every night and travel down to Lewisburg Area high-school.

"I think having a real track to run on is definitely vital. I mean it definitely helped us with our win. Yeah it was awesome," said Janae.

"It was pretty hard because we had to go home after, and then like we would be practicing like during dinner time and all that stuff so yeah," said Riley.

"I am really excited that it is happening my freshman year going into my sophomore year that way I get to set some records with my teammates as track and soccer comes up," said Mackenzie.

"It's something? It is something yes. Those are ticket booths that are already up. They have been up for a long time," again said Rod.