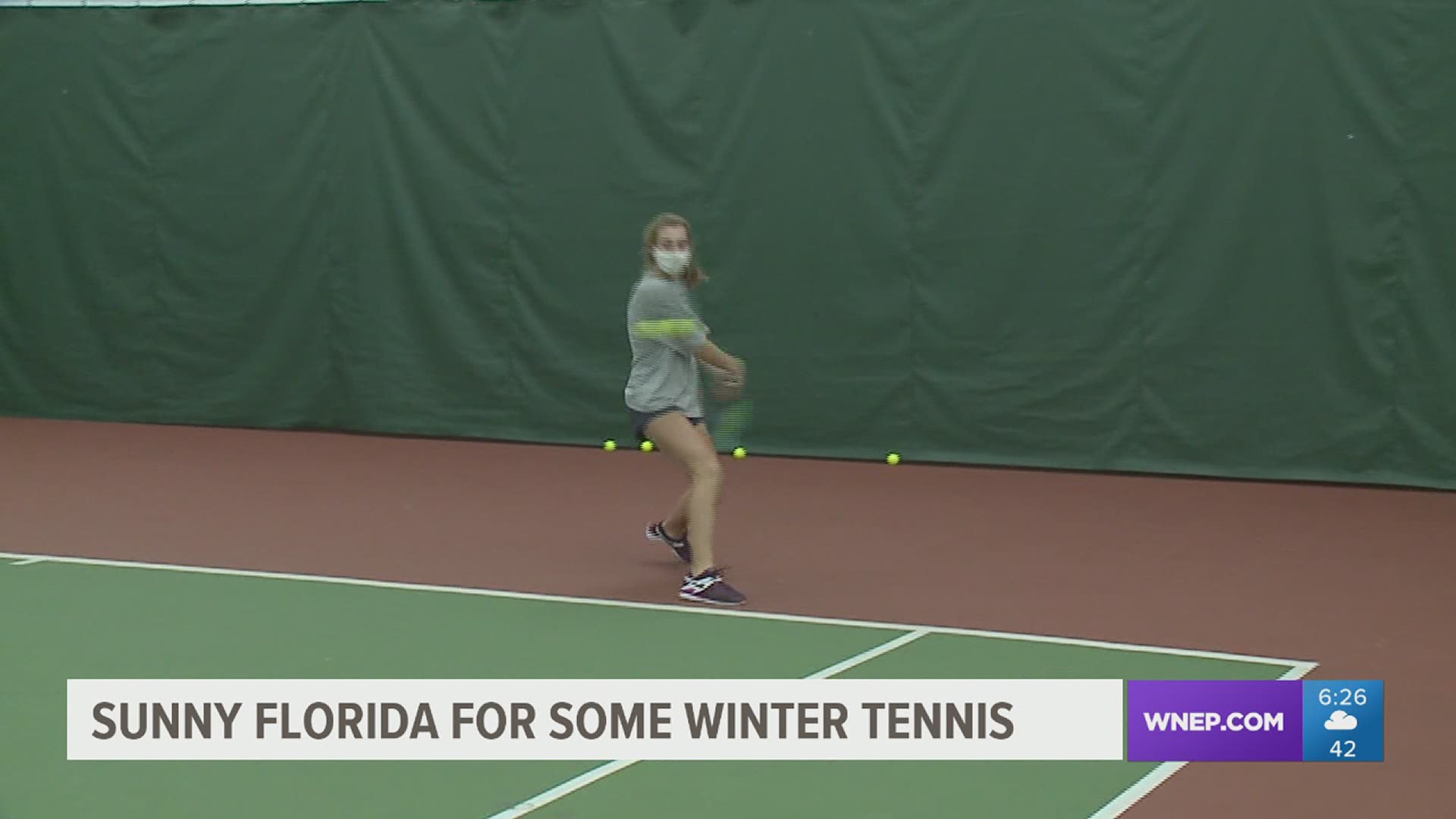 SOUTH WILLIAMSPORT, Pa. — Inside the Central Tennis Center in South Williamsport a congratulatory message is written in chalk to honor Olivia Dorner with her "AA" singles state title. The 17-year-old junior who played for South Williamsport captured the championship several weeks ago in Hershey becoming the first state champion in District IV history.

"It's been great having all the support from everyone and from friends, family, and people here at the tennis center. It's  just been really amazing," said Olivia.

Rankings have Dorner at #1 in the state, 7th in the Middle Atlantic, and top 50 nationally. After Karissa Ghigiarelli from Riverside dropped out of the state quarterfinals due to an injury Dorner only lost five games in the next two matches on her way to the crown.

"Pretty much everything was working well. I was serving well and I was hitting my ground strokes well. Everything just kind of fell into place," added Olivia.

Tennis is a family affair for the Dorner's. Olivia's Dad John is the head tennis coach at Williamsport High-School. This all started when she was 11. The progression to the top came through hard work.

"She has always been around tennis. She was never really forced to play. There we're a couple of times she said guess what I am done with tennis. I said "Ok" but she always came back to it which was good, and when she got a little bit older when she was 12 guess what I am just going to play tennis," said John.

"It's definitely tough getting up and training in the mornings and afternoons, but you know you have to do it and so power through," again said Olivia.

To continue her efforts at getting better at tennis Olivia plans to go to Florida this winter where the weather is warmer and the competition is better.

"There is a private academy that has a few girl's my age that I can train with and it's high level so that is really nice," said Olivia.

"Working out here at the Central Pennsylvania Tennis Center and the goal is to try to get her to play the highest level she can play. Florida is nice because there is always players wherever so good and she can just go down the street and play a better player," again said John.

RELATED: State Champion From Riverside Set For Her Junior Tennis Season With The Vikings