Swimming and Diving a False Start in COVID Era 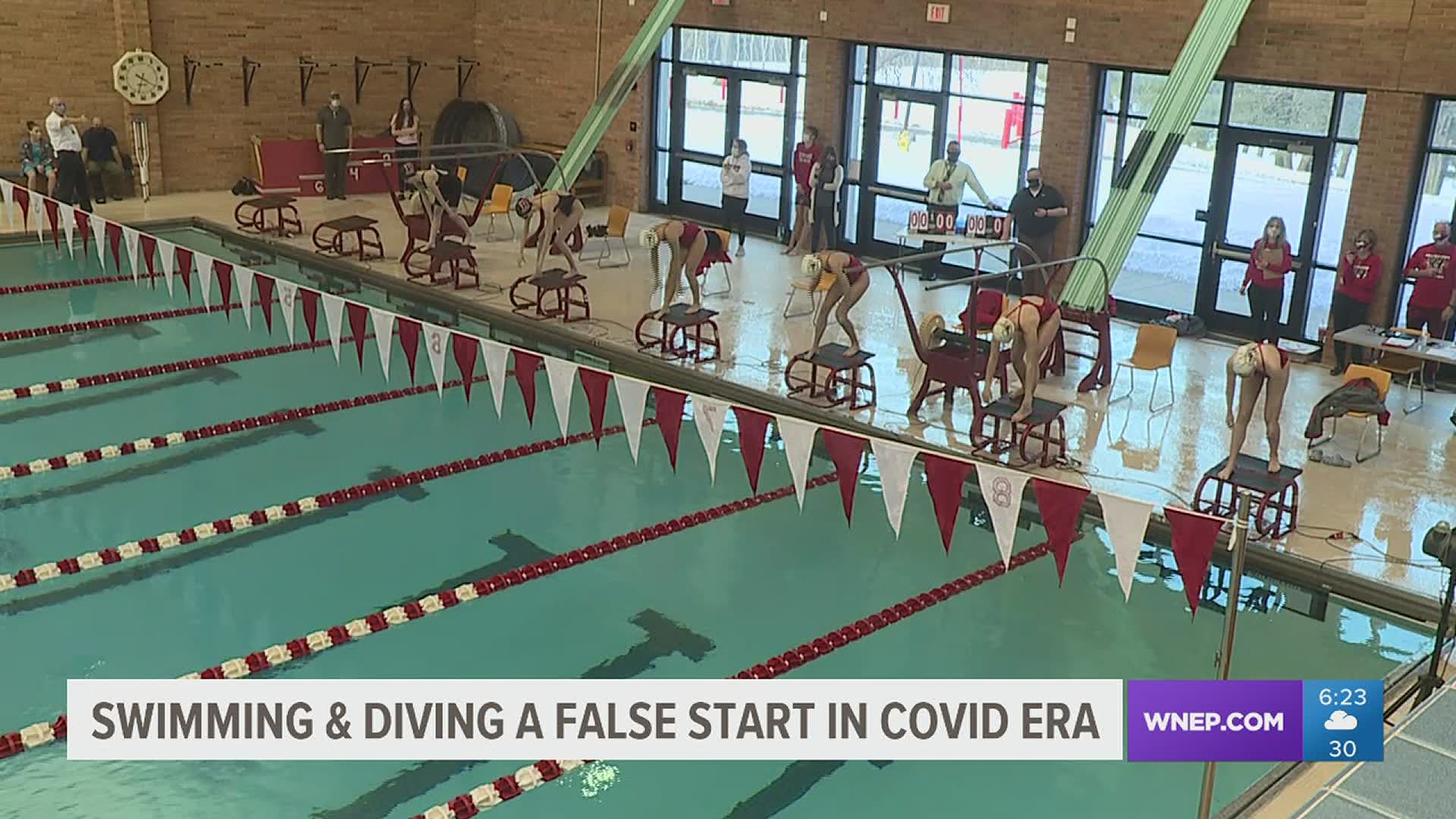 WILLIAMSPORT, Pa. — For the Bloomsburg and Williamsport swimming and diving teams, the fourth time was the charm.

"Honestly, I can't remember all of them," Williamsport Swimming and Diving Coach Brett Johnson admitted. "One was their team had COVID. Another time, it might have been weather?"

Postponed three times before the Millionaires finally hosted and swept the meet, maybe the perfect microcosm of this strange season.

"It's just been unlike any other year," Bloomsburg Swimming and Diving Coach Chuck LaCroix said. "I've been doing this for over 30 years and I just never have gone through anything like this with rescheduling meets and quarantining."

"I've been quarantined twice and then swimming was shut down for three weeks," Bloomsburg sophomore Annabell Reck explained. "So it's required a lot of resilience."

Getting to states this year is also more difficult, as only district champions will qualify and the District IV meet is right here in Williamsport March 3rd and 4th.

"There's definitely a lot of pressure riding on my performance," Williamsport senior Jack Beattie said. "The pressure of doing it again is always still there. It's always in the back of your head and it's definitely going to make it interesting."

"District IV is a really fast district and it's going to be close," Bloomsburg senior Bryant LaCroix added. "It's going to be competitive, which is good because we're going to get some best times for sure. I'm just kind of focused on myself and try to get my times and whatever happens, happens."

What Bloomsburg's Bryant LaCroix hopes happens is a district three-peat in the 100 Butterfly.

For Williamsport's Jack Beattie, a second-straight title at district diving, which is a week earlier – February 27th in Bloomsburg.

Credit: WNEP
Williamsport's Jack Beattie gets ready for a dive in a meet against Bloomsburg.

Both would head back to states – not at Bucknell, but Cumberland Valley High School in Mechanicsburg. An appropriately bizarre way to end this bizarre year.

"We'll go anywhere especially after what happened last year," Coach LaCroix said. "It got pulled out from underneath them. Our motto is carpe diem, our team motto, which is seize the day. So, we're just happy that we're here and we're going to make the very best of it."