From the Coal Region to Colgate, Dakosty Following in Father's Footsteps as a Head Coach 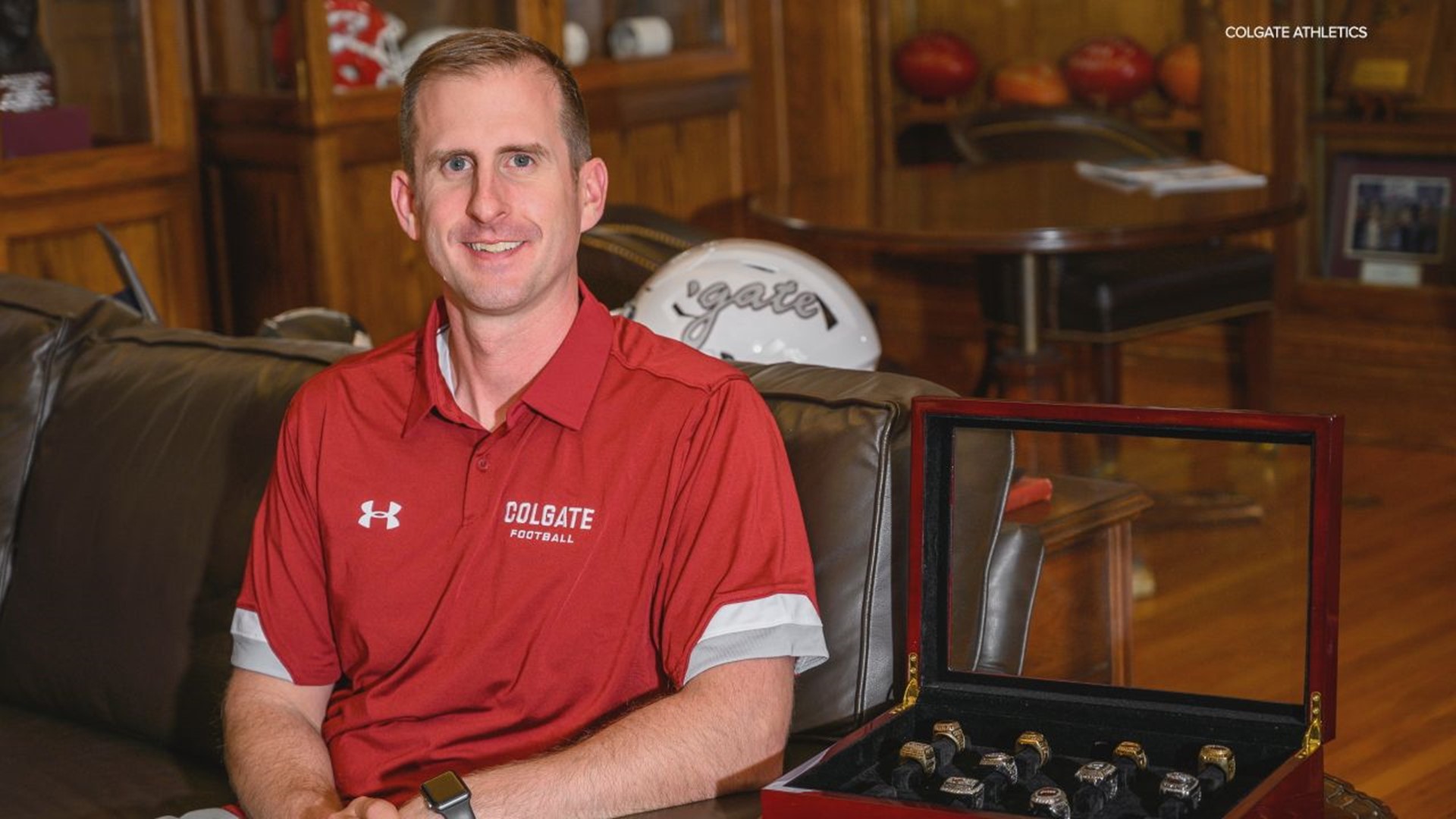 SCRANTON, Pa. — When Colgate Head Coach Dan Hunt suddenly stepped down last month, the natural choice to step in as the Interim Head Coach was Stan Dakosty – not senior, junior. The younger Dakosty has come a long was since he played for his dad at Marian Catholic, finding a football home at Colgate. He played his college ball for the Raiders, coached on the staff for over a decade and now, he’s ready to take the reigns at his alma mater.

"No one’s going to have more pride in this job than me," Dakosty said via Zoom. "I’ve obviously been here a while between playing and coaching and the chance to put your own personality on a program and try to build your own legacy is an exciting thing."

So what is that?

”Well that’s a great question," Dakosty said. "I saw first hand how to win here and I saw how guys carried on the tradition of Colgate and my mark’s going to be something with the intensity and toughness.”

Characteristics he learned from the best – his father.

”Talk about having a blueprint for success right at home," Dakosty said of his father. "My dad as a football coach, X’s and O’s, he’s excellent, but I think what he does the best is he’s a great leader, he’s a great motivator. He inspires his team.”

"Football has given so many great things to my family. There is no doubt this opportunity means more to all of us than you can imagine."@ColgateFB interim head coach Stan Dakosty looks to carry on the rich tradition of the program.

With that classic coal region mentality he’ll continue to bring to Colgate.

”For me and my connection to Pennsylvania as a whole and to the coal region of Northeastern PA, that’s who I am," Dakosty said. "For Colgate, I always say that we’re a great academic school, but we don’t apologize for being great at football and that’s with a sense of toughness and a blue-collar mentality and with a chip on our shoulder. So, that sounds like PA football in a nutshell.”