Stan Coveleski is Shamokin's Hall of Famer. He was one of the first pitchers ever to throw a spitball. He won three games in the 1920 World Series. 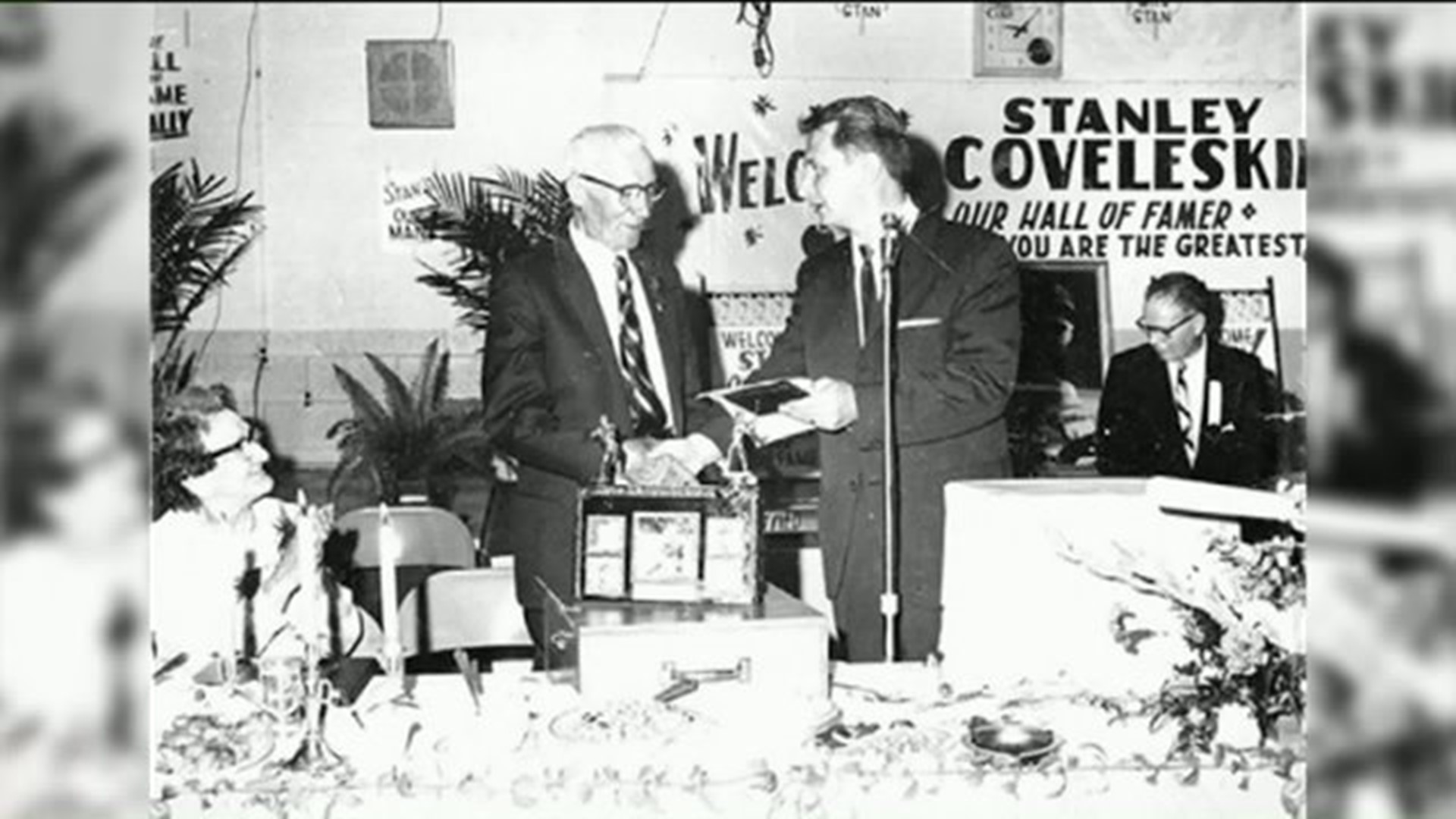 SHAMOKIN, Pa. — Tom Kutza still has the pipes. Besides his weekly polka show, this WISL radio personality is enjoying retirement: relaxing, cleaning his basement, and that's where he found a reel-to-reel recording with Stan Coveleski.

Stan Coveleski is Shamokin's Hall of Famer. He was one of the first pitchers ever to throw a spitball. He won three games in the 1920 World Series for the Cleveland Indians. He was inducted to Cooperstown, the same class as another Stan, Stan Musel. 1969. That's when Shamokin honored him, and Kutza interviewed him.

"I like to come back here again because a lot of memories come back," Coveleski said in that interview.

"It's like I knew him forever," Kutza said nearly 50 years later. "I wanted to call him 'grandpap.' I just did. We sat there like I knew the man for years and I didn't. I think more than his stats, and of course very important, more than that, to me was what was in his heart. He just seemed like a soft, gentle human being with a handshake that'll blow you out of the ballpark."

Coveleski was soft-spoken, even nicknamed "The Silent Pole." But for nearly 15 minutes, he opened up to Kutza. He even talked about Babe Ruth.

"I claim I'm the one who made a hitter out of Babe," Coveleski says in the interview.

"Well, when Babe was through pitching, the reporters in Cleveland asked, or, not in Cleveland, New York, asked him who's the toughest pitcher you ever had to hit?" Coveleski proudly said, "He says Coveleski."

"I know you'll always be an inspiration to the young boys in the Shamokin and Coal Township area," Kutza replied.

"[It's] something I could hand down to my five-year-old grandson one day when he's old enough to realize: baseball hall of fame. How many towns have one of those?" Kutza asked. "That makes my heart happy. He is not forgotten."