Jim Zaktansky put this together back in 2018.

Inside the Sports Zone Recreation Center in Northumberland Jim Zatkansky practices with his 13u club team the North Union United Valor based out of Lewisburg. Since July these 16 girls played in the Philadelphia Area and New Jersey in an Elite Development League and totaled up a (29-2) record good for the #1 ranking in the state scoring 147 goals in those 31 games.

"We have games already where we have scored 5 or 6 goals and it's been one goal from five or six different girl's. I mean they are all in it to win it,"
said Jim.

RELATED: Southern Columbia girls soccer wins 2nd State Title in three seasons with a 2-1 win over Greensburg C.C. in the 'A' Final

"It's like a family like I said. And we all work hard together. It's a team effort not just individual," said Samantha Roarty.

RELATED: Bloomsburg Panthers Win 4-0 Over Lake-Lehman In The 1st Round Of State Girl's "AA" Soccer Action

These girl's have been together for two years. They are hoping to raise enough money to play in a showcase tournament in Orlando, Florida in 2022 against other national qualifiers from around the United States.

.All the girl's on this team are from right here in District IV where soccer in the state has kind of become King in the last week with Southern Columbia and Bloomsburg both winning state titles.

"Talk about Loren Gehret? Yeah. Pretty cool huh? Um . Did you get a chance to meet her? Oh yeah. What do you think about her? She is good! Ha ha," said Kennadie Reamer.

The next Paige Temple or Loren Gehret could come from this group.

RELATED: Bloomsburg Panthers Girl's Soccer Ranked Near The Top In "AA" With (13-0) Record 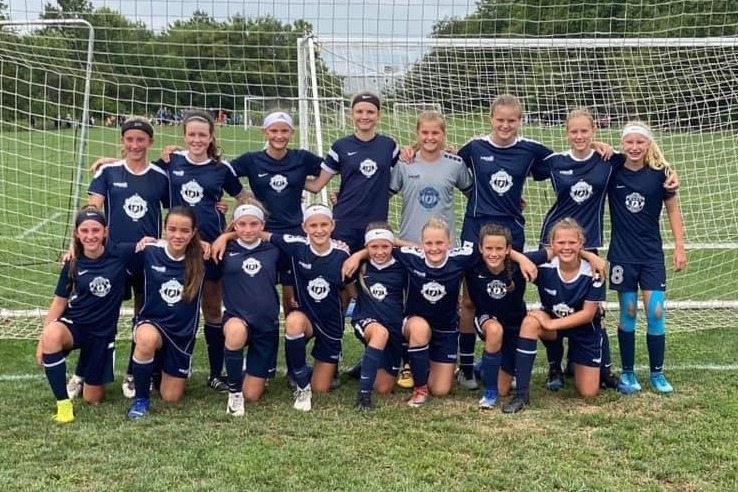 Valor Soccer team, organized by Valor Soccer Team
Formed in 2018 in the North Union United Soccer Club, the Valor soccer team rosters girls from school districts across the Susquehanna Valley. This U13 team plays in the EDP league, traveling to Philadelphia and New Jersey, as well as playing in a number of high-profile tournaments throughout the state.