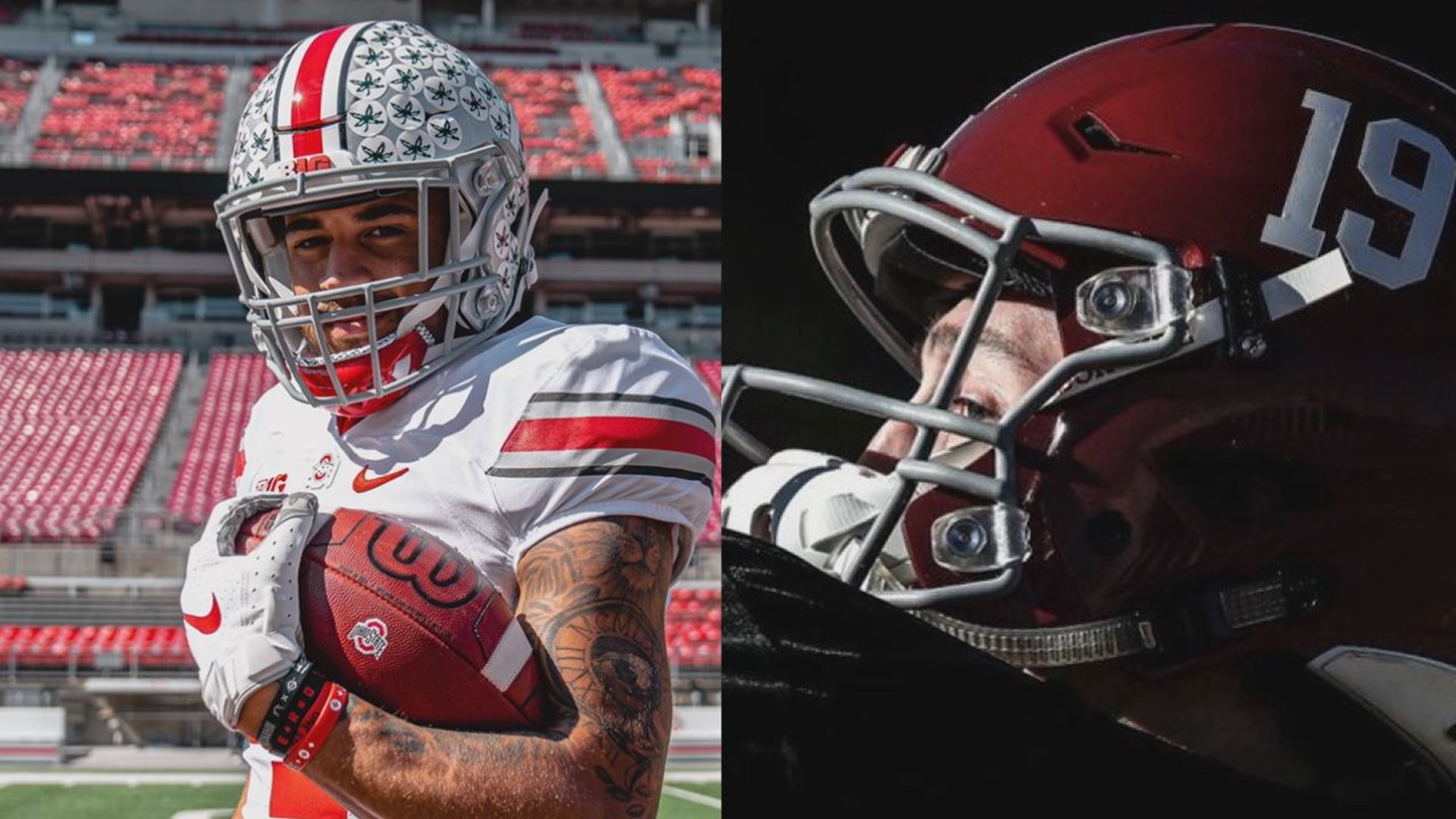 CATAWISSA, Pa. — Stone Hollenbach and Julian Fleming won two PIAA titles together at Southern Columbia, but that’s nothing compared to the stage they’ll be on Monday night.

When Alabama and Ohio State meet in the national title, keep an eye on each sideline. Hollenbach wears number 19 with the Crimson Tide. Fleming, in his familiar number four jersey with the Buckeyes. Per university rules, freshman are not allowed to speak with the media, but their high school coach, Jim Roth, knows just how rare and incredible this is for the Tigers.

"It’s really neat to have a situation where a national championship game and we have two players, a player on each team," the Southern Columbia Football Coach said. "Obviously, they were tremendous players in high school and they’ve gone on to the highest level."

Where Fleming is already contributing. He’s caught a pass in three of the Buckeyes’ seven games this year, racking up 74 yards as a true freshman.

"Well, I’m not surprised at the success Julian’s had right away as a freshman, as a true freshman, and I think the biggest adjustment for him obviously has been going from playing in a small high school to a school like Ohio State," Roth said.

Hollenbach faced the same adjustment, walking on at Alabama. After redshirting last season, he’s still jockeying for position on a crowded depth chart, but Roth knows the potential is there.

Until then, Hollenbach will watch from the sideline, and Roth will watch on TV, from a unique perspective.

"It’s one of those games where I’ll just watch it for the enjoyment of watching it," Roth said. "As far as being a Southern Columbia alumni fan, we’re going to win and lose either way. So, we’ll stay pretty much neutral as far as rooting for any individual team."

Hollenbach and Fleming do have rooting interests in this game. Their journeys will collide in the national championship game this Monday at Hard Rock Stadium in Miami, Florida – a journey that began at Tiger Stadium in Catawissa.