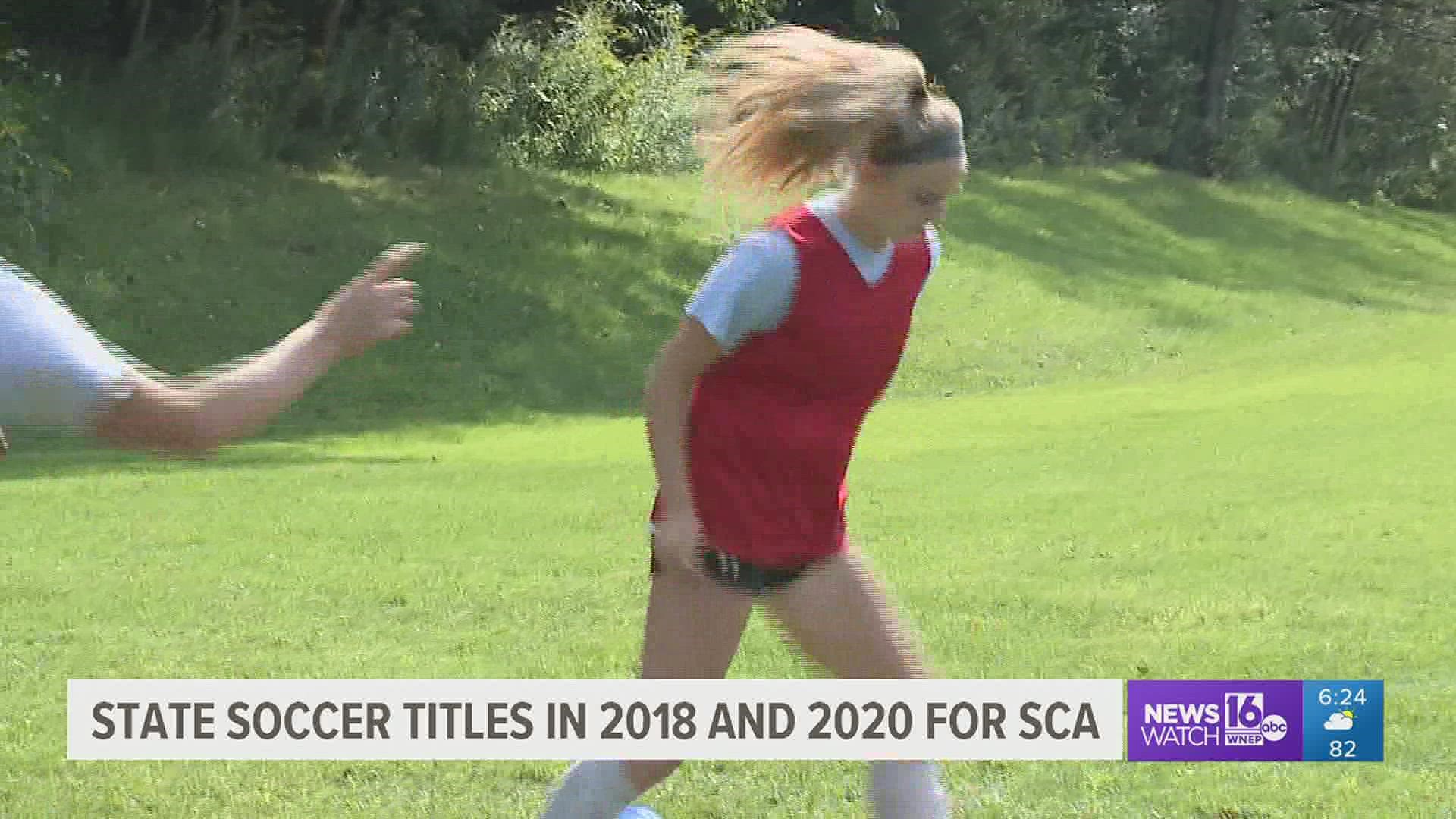 The Tigers come into the 2021 season rested and ready for a run having lost only 1 starter from last year's squad.

"The girl's know that there is a lot of pressure on them. They know that every team is going to bring their best game, but they have been working hard. I think that we are at a better place than when we started the season. Last year our confidence is a bit higher, and I think that we are ready to take the field confidently this year than rather being a little skeptical about what we are capable of. I think they know what they are capable of," said Jennifer.

"We have been able to get through pre-season great. Obviously last year we had difficulties with COVID and worries on that. We are doing good. We are not ahead. We are not behind. We are right where we need to be," said Riley

RELATED: Southern Columbia girls soccer wins 2nd State Title in three seasons with a 2-1 win over Greensburg C.C. in the 'A' Final

"So much enthusiasm. So much excitement. Our team just has an amazing bond. We are all super-super close with each other. So we just build off of each other's excitement," said Evelyn.

We'll last year just to get into the District IV tournament in girl's soccer this Southern Columbia team had to win their final 2 regular season games. They we're able to do that then make a run in districts and in states and win a state title. Now this team is trying to win their 3rd state title in 4 years.

"I don't think any of us we're expecting it. Like really no one. All we had was ourselves to believe in, and just going there and going (9-9) the whole season and coming back and winning a state championship was like insane, " said Loren.

Gehret an all-state selection a year ago in expecting to be man marked in almost every game. Teams will double and triple team her, so the Tigers will adjust.

"We have been working a lot at practice on it. Putting more players on me It opens up so much more space in the middle. And we have been playing the ball outside a lot, and we get really great crosses off of it which gives us a lot of great opportunity," added Loren.

With the recruitment period open now for high-school juniors several teams in the Patriot League and the Big 10 have showed interest in Loren.

Congratulations to sophomore forward Loren Gehret who was chosen as a United Soccer Coaches All-East Region player. This team is made up of players from PA, NY, and NJ and only 15 players from PA were chosen (regardless of classification). ⚽️ pic.twitter.com/eG85Dvqkwv