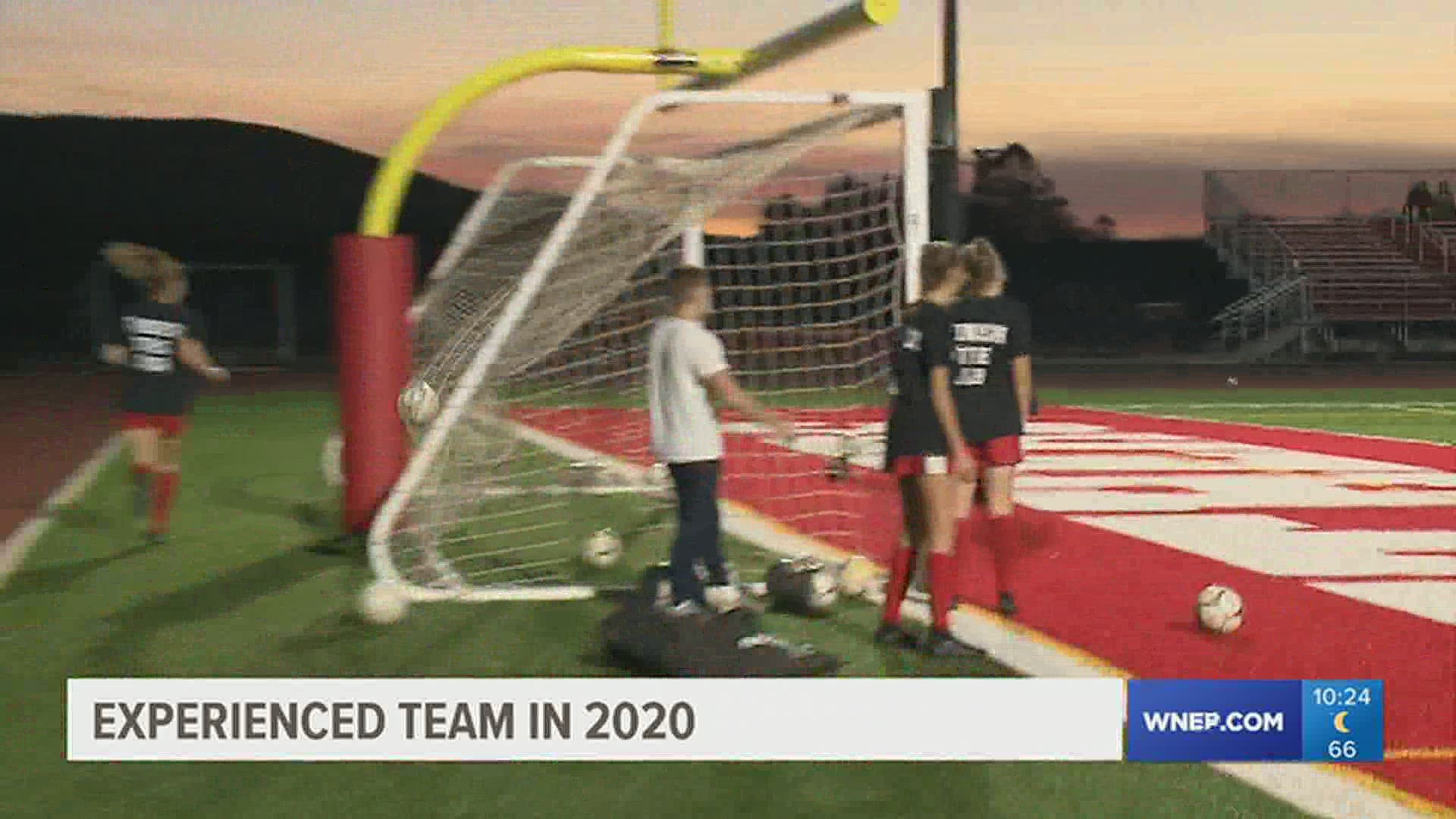 COLUMBIA COUNTY, Pa. — Aaron Flook brought 14 years of coaching experience to this Bloomsburg girl's soccer program three years ago. In 2020 the Panthers are (13-0) in the Heartland Conference ranked near the top in the state in "AA" and  has a roster filled with experienced players like senior forward Paige Temple who already has 26 goals this season.

"But to build out of the back has been really important for us this year because without our back line we could not score. So we always say that they are the starting offense. They start with the ball in the back and we work it up," said Paige.

"The first victory of the year was just getting them out on the field, and we worked with that in mind that we we're going to be playing, and when the PIAA finally gave us the go ahead and play we we're just elated. And we have come out and taken full advantage of it by playing really high level soccer," said Aaron.

No stranger to state play some of these same girl's also played against the Southern Columbia team that won states in 2018. They feel they're time to win is now.

"The way we play our game and the style has gone from kicking and chasing and playing the balls over the top to actually possessing the ball and moving the ball up the field-connecting and scoring goals that way," said Kelsey.

"It is so much fun. It's the best season for sure. Our freshman year was a great season but being undefeated so far has been so fun and we are a  really close group and our team chemistry is really good this year," again said Paige.

Winning the league title is important to this group and then it's onto districts where the pressure mounts. The PIAA this year is only taking each individual district champ to the state tournament.

"Rankings are something that is great to look at, but we are just looking at the product on the field and making sure that every time that we go out therewe give our best," said Aaron.