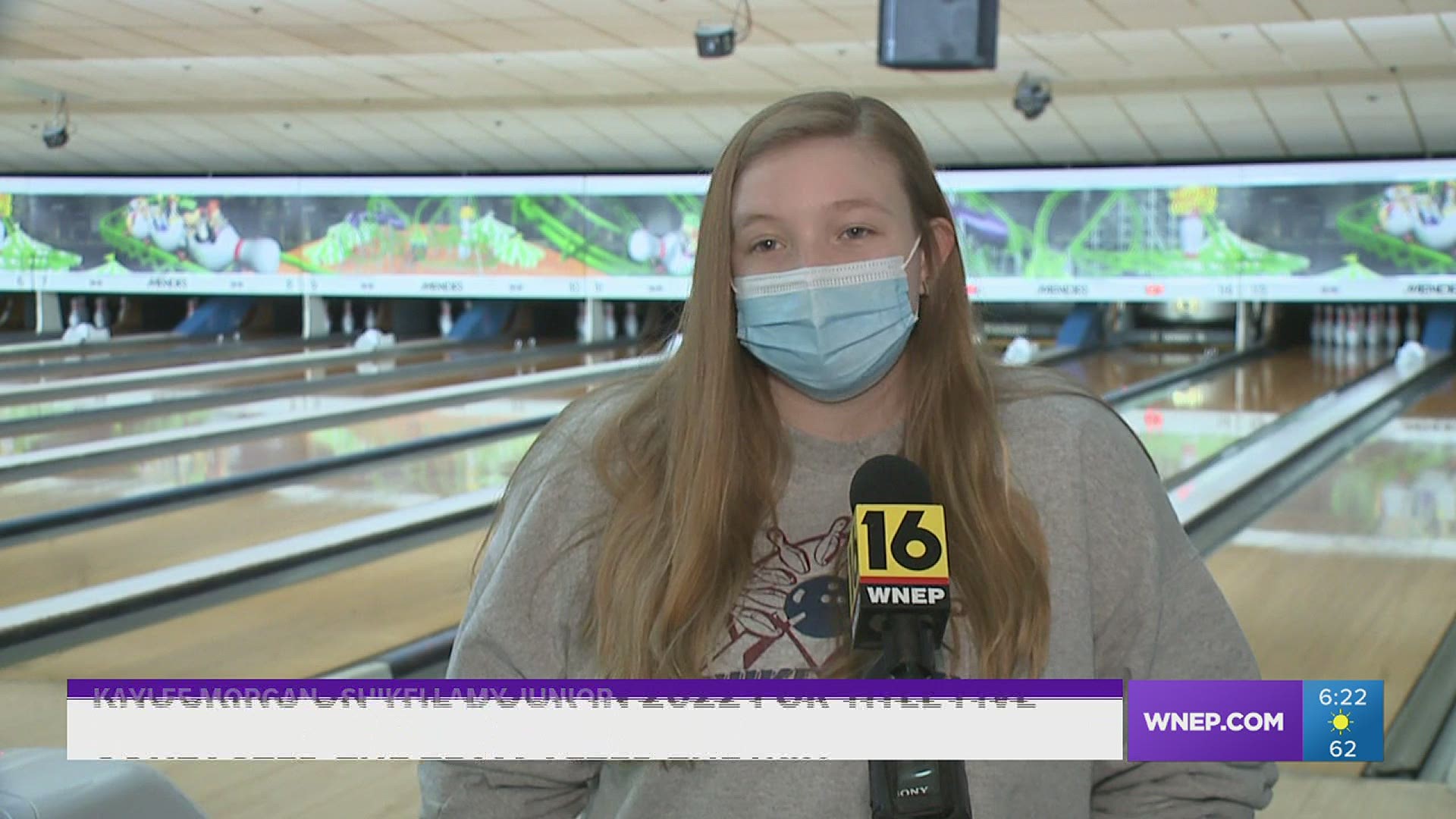 SUNBURY, Pa. — The Shikellamy girls bowling team is on a roll. Winning another state championship. This time over Governor Mifflin in the 2021 finals.

Mark Derr is the head coach. Strike Zone Lanes in Sunbury is home for this young group with only 1 senior Kelly Sprenkel. In the last 11 years Shikellamy has four state team  titles and now looking for #5.

"They pull me through. They pull you through? I have only been bowling since I was a freshman so they have helped me a lot throughout the years," said Kelly.

In the finals of the state bowling championships the Shikellamy Braves girls team found itself down (0-1) in a best-of-3 match. So they knew that 2nd match was a must win situation.

"It was a little nerve-racking because honestly I didn't think that we we're going to pull through. But we did and I am glad because we are going to nationals now," said Makayla.

"Pretty nerve-racking. We just calmed our nerves down a little bit and threw the shots that we needed to throw," said Emma.

"It felt good finally coming home in 1st instead of 2nd, but we went up against a good team and I am glad that we have the trophy in our case," said Ariana.

In the qualifying rounds Fetterman averaged 188 while junior Destiny Sanders was at 177. Those scores earned the Braves a trip to the semi's where they knew the pressure would mount.

"They had a girl that left the 7-10 split. And that is when we started getting our game back together," said Destiny.

The Braves biggest cheerleader was teammate Kaylee Morgan. She couldn't make the trip to Pittsburgh to compete because she was sick and had to stay home.

"I checked in on them after I saw that they won. I knew that I had to wish them Congratulations! because they all worked so hard this season," said Kaylee.

Knocking the pins down you can be sure this team will be knocking on the door in 2022 for another state championship.

RELATED: Kiearra Saldi from Taylor recognized at the top youth bowler in the nation 2018-2019 for her 221 average