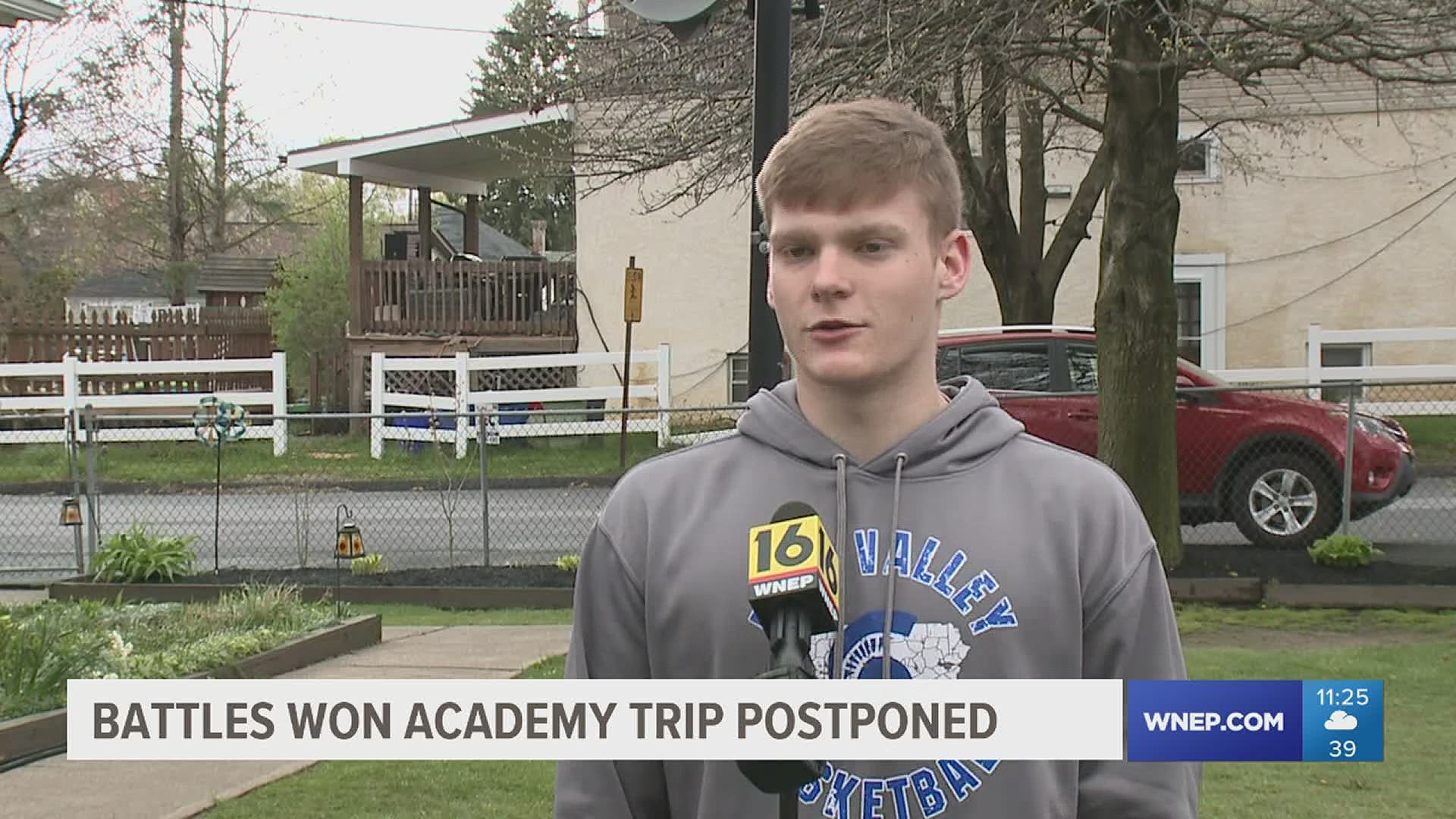 THROOP, Pa. — Tyler O'Connor keeps busy playing basketball in his grandmother's yard in Throop. The junior at Mid Valley has quite a story to tell when he returns to school for the Spartans. Named the 2020 Semper Fidelis All-American an award presented annually by the United States Marine Corps Tyler chosen 1 of 100 from across the country and 5,600 nominees for his determination to succeed, high moral character, academic performance, and that fighting spirit to improve the life of others.

"It's kind of a humbling experience. The first thing that I did was tell my Mom and she was ecstatic and a joy moment," said Tyler.

A trip to the Battles One Academy in Quantico Virginia in July was postponed. It would of included daily workouts, team  building and a tour of our Nation's capital. For now it's only presentations on social media and that is OK with Tyler.

"I wish that I got to go, but I mean I am upset but during this time I am just grateful that they didn't follow up with it," again said Tyler.

Tyler found out about receiving this award via e-mail but didn't open it until 2 days later. Once he opened it and found out that he had received the award and everybody in the community knew the congratulations have been pouring in.

"They have all congratulated me, and I appreciate every one of them. Coach really had a big part in this. He is the one that nominated me," added Tyler