Coming Off 27-0 Season Cut Short, Classics Motivated to Get Back on the Court 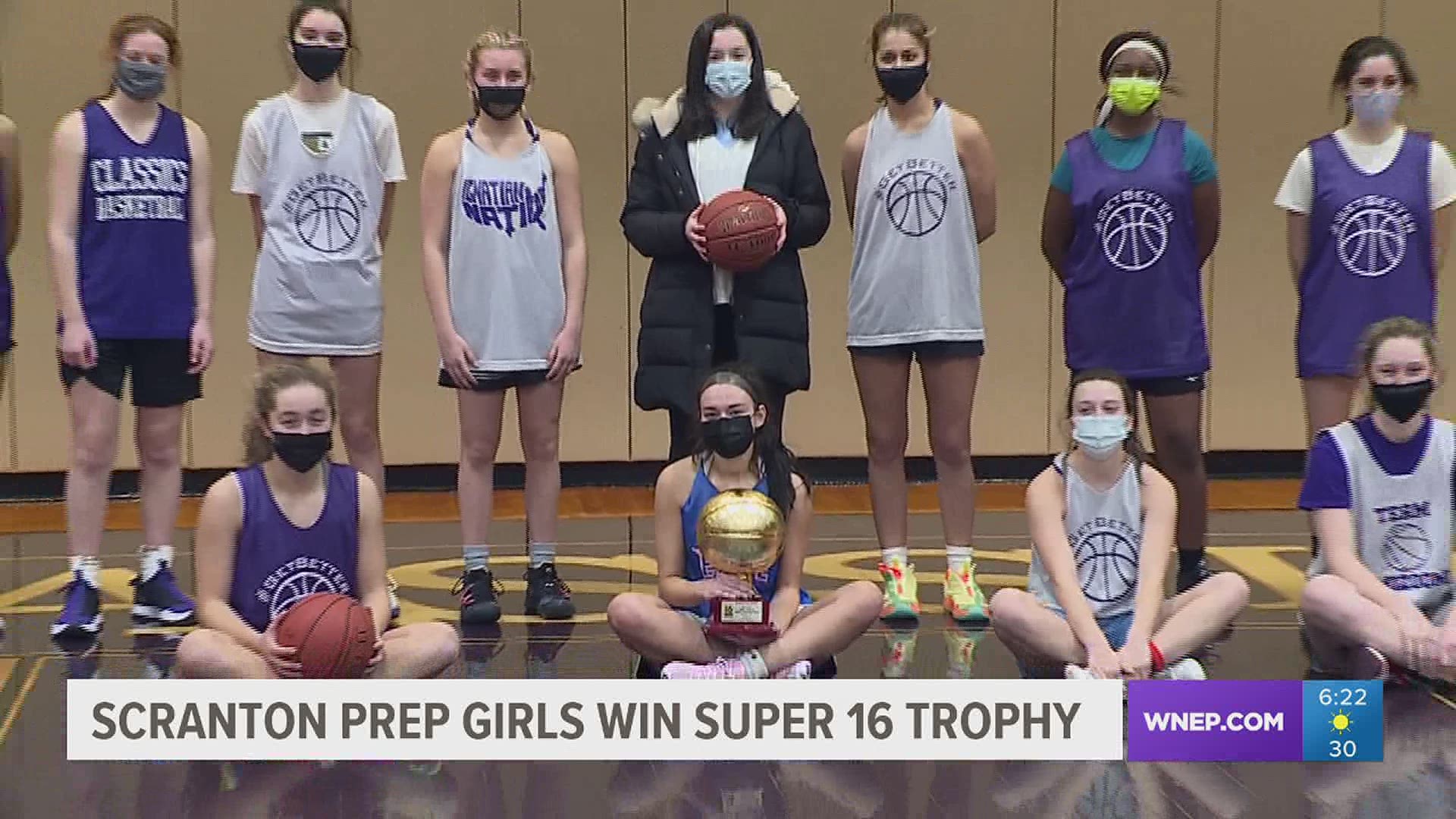 SCRANTON, Pa. — The Scranton Prep girls basketball team went 27-0 last season. They have a banner the prove it, but due to COVID, no state title. Now, they at least get a trophy – ours. The Classics are the WNEP Super 16 Number One Team.

"Our goal was obviously to win a state championship," Scranton Prep senior guard Rachael Rose said. "We didn't get a chance to do that, but just being recognized for that and our seniors, some of our seniors being able to come back and kind of have that closure, I think they needed that."

"Last year kind of ended in an unfortunate way," added Maggie Flynn, who graduated last year. "So we were really excited to receive this award and kind of get the ending that we were looking for."

Now that the Classics have some closure and a new trophy here for the case, they can finally close the book on 2020 because they have some unfinished business in 2021.

RELATED: Rose To Play For Becky Burke At South Carolina Upstate In The Big South Conference Next Season

RELATED: Collins Commits to Bucknell To Play Division I Women's College Basketball in the Fall of 2021

RELATED: Scranton Prep girls in round two of the State basketball playoffs

"This group has a chip on their shoulder, I think, given what was taken away," Scranton Prep girls basketball coach Bob Beviglia said. "We were able to see the top of the mountain last year. It's just that we weren't given the chance to try to get there."

"We say it all the time," Rose added. "We're hungry now. Us and a lot of other teams got their season cut short and that kind of pumps us up for practice. Let's go. Let's get this. Let's do the same thing we did last year and just keep it going."

They have the talent to make that happen. Led by Rose and Cecelia Collins, this senior class has never lost a game in the Lackawanna League or the District II Tournament. They've won both, three straight years, and this might be their most talented team yet.

"You could probably go back 30 years and go ahead 30 years, I don't know that there's ever going to be collection of talent like this inside this building in a long, long time," Beviglia said.

"People have definitely told us that, but we kind of just push that to the side and just keep working and trying to become the best team we can be," Collins said.

Because after last year, they're not taking anything for granted.

"We hope the same thing doesn't happen this year because that would be terrible, but we're just going to roll with the punches," Collins said.

"It's scary for all of us, not knowing when or if we can get shut down again, but we're just playing every practice, every game like it's going to be our last because you really never know with this year," Rose said.