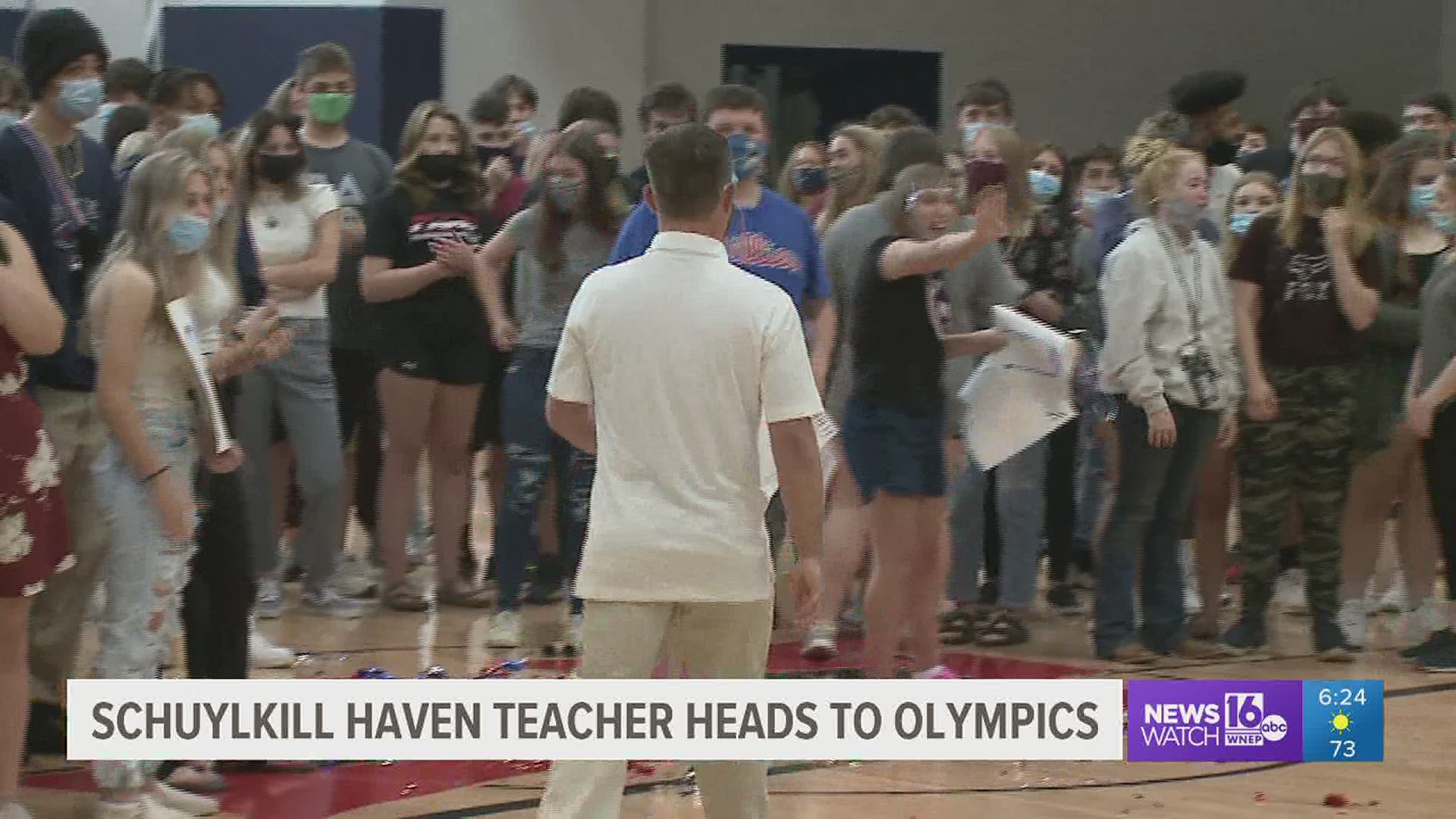 "So what we need to do as soon as he walks through the door we are going to go crazy," said a teacher.

Julian a long time USA wrestling official is off to Tokyo, Japan for this year's Olympic Games.

"I couldn't be more blessed working here. I am truly lucky to have people like Dr. Fitzpatrick, Mr. Rossi, Mr. Horoschak  all those guys that have been in my corner from day one.. So I know that I know in my heart that I made the right move a few years ago, and I am proud to be a Hurricane," said Sammy.

"There is not anybody else from Pennsylvania going and there are just two of us from the United States that will be officiating wrestling," again said Sammy.

Julian worked the recent USA Olympic Trials in Texas there for the Kyle Dake and Jordan Burroughs match, and then was re-evaluated at the World Olympic Qualifier in Bulgaria. Again making it to the top and representing the USA as their #1 official.

"I hope for all the kids that it shows that if you follow your dreams that good things do happen," said Sammy.

Sammy leaves in July for Tokyo. This will be his 2nd Olympic Games. His first was in Rio in 2016.