Julian officiated the USA Wrestling Trials in Ft. Worth Texas in April 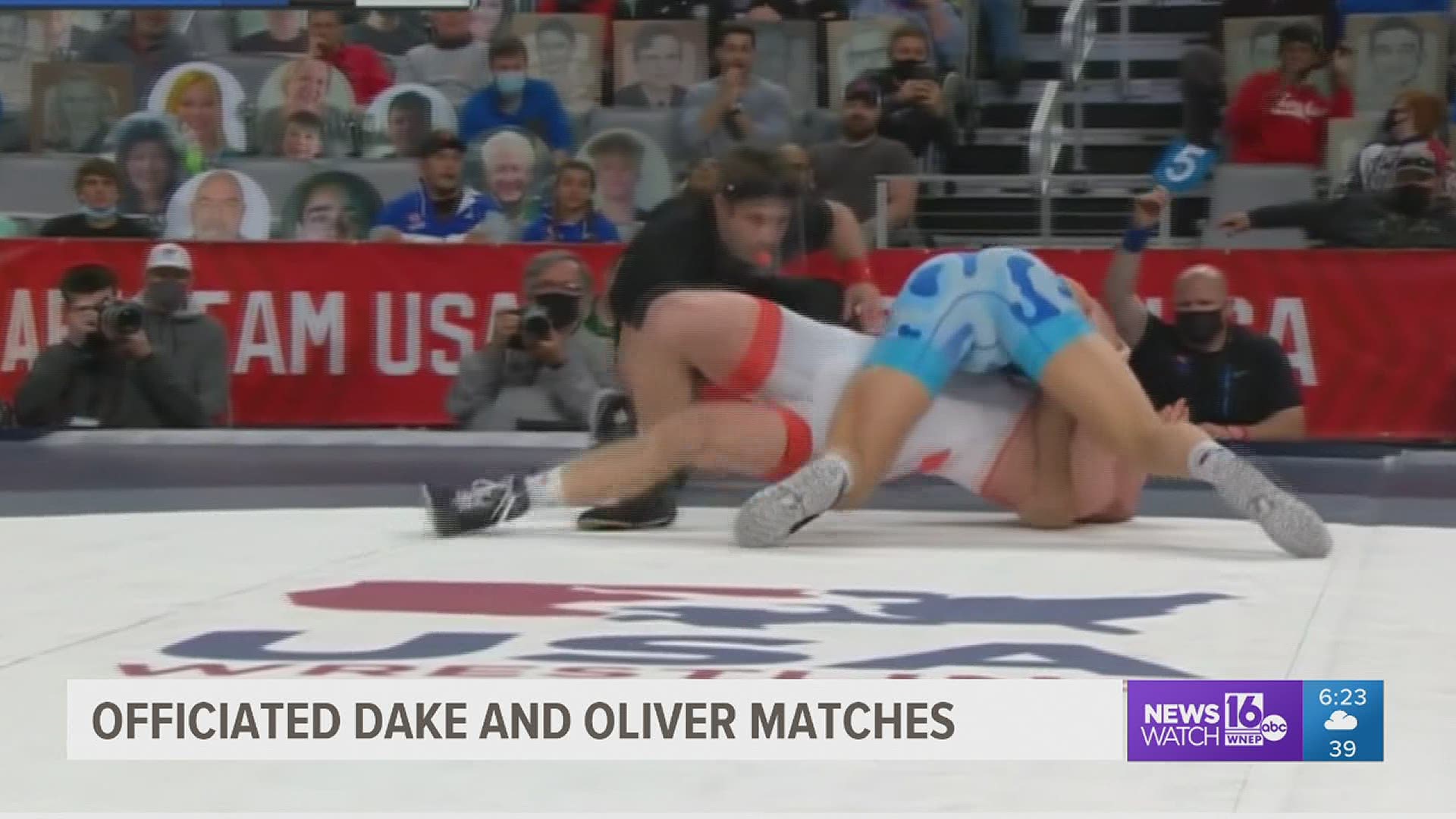 POTTSVILLE, Pa. — As a junior in high-school at Blue Mountain Sammy Julian wrestled for the Eagles. He also started his career as an official.

The most recent event for Julian the USA Olympic Wrestling Trials in Ft. Worth Texas. He was on the mat for the first match between 4-time NCAA champion Kyle Dake and Olympic gold medalist Jordan Burroughs.

"I'm pretty calm and my demeanor pretty much stays the same. But I will just stand there before I go out and then eliminate any distractions and then just focus on calling a correct match. Every time for me it's red and blue," added Sammy.

We'll Sammy is a very busy guy. He is only 35 years old. He currently teaches in the Schuylkill Haven School District, and he helps coach wrestling here at Pottsville. He has already been to one Olympics in Rio in 2016 as an official. He is now looking for that 2nd opportunity hopefully this summer in Tokyo.

"And I also had the Jordan Oliver/ Joey McKenna match which Jordan still has to qualify the weight for Tokyo. He needs to go to Bulgaria and so do I. The three officials, myself and Casey Gessell from Wisconsin and Danny Blackshear from Oklahoma the three of us are eligible for selection to Tokyo,but we need to also go to that last chance event for that final evaluation," again said Sammy.

Sammy was 1 of 23 officials in Texas. The Olympics takes 45 to Tokyo this summer.

"I'm blessed really. And I hope that if I get qualified to Tokyo maybe we can do something in my classroom at Haven, because I know that the kids are excited as well," said Sammy.

The highlight moment of the USA Trials Dake body slamming Jason Nolf from Penn State and Julian there for the 7 point move.