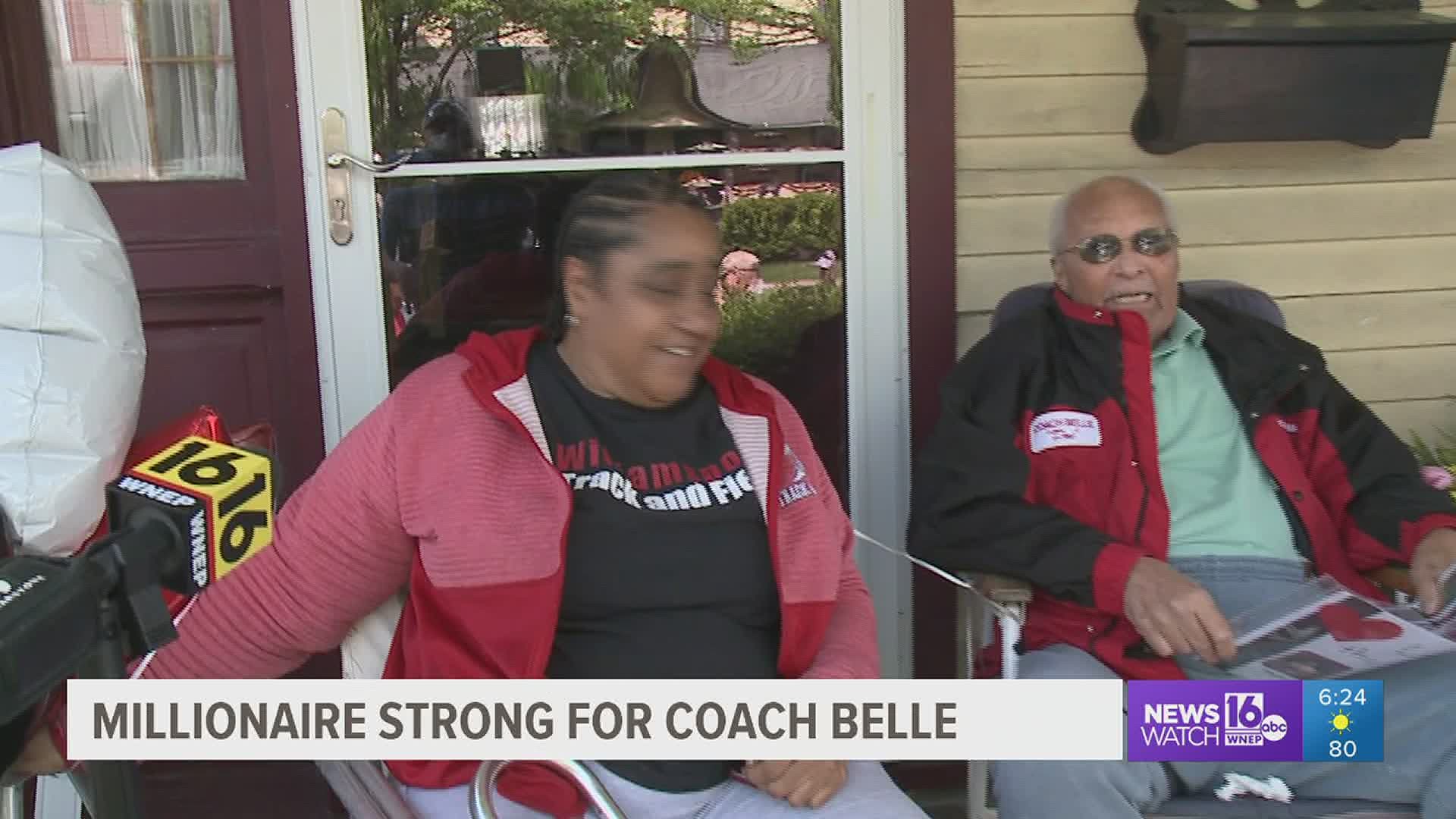 WILLIAMSPORT, Pa. — On a small street in Williamsport they came and cheered.

To show their respect and love for Coach Sam Belle.

Another driver shouted, " I love you guys" and someone else responded, "Coach Belle you are the best man! We love you!!!

Now 86 years old Coach Belle is home recovering after 8 weeks of chemotherapy and radiation to treat the cancer affecting his vocal cords.

"How are you feeling? Good to see you.

He now works as a volunteer coach with the Millionaires track and field team, but Sam served  as head coach and a teacher in the district for over 53 years. Marguerite  Anderson-Royal is his niece.

"I have been telling him how much he is loved and now he sees it. How is he doing? He is getting better. You  know he fought through the hard battles and now it is just recovery time," said Marguerite Anderson-Royal.

The parade of cars honked their horns in support. The children had signs, and his home was decorated with a red and white banner "Coach Belle" Millionaire strong.

"I thing that his impact has been profound on the Williamsport program not just track but football, men's and  women's tennis however you want to do he has had a very good impact on the whole Williamsport area," said Joshua Bernocco.

"When you hear Coach Belle's name what do you think about? Love! Dedication to the school to the students, and yes I am crying but the thing is as we say he is one in a million," said Deb Bernocco.

"He is a fighter and he has support so," again said Marguerite

When you coach in one school district for more than 50 years you make a lot of friends and a lot of memories and with the athletes that you have you set a lot of records. One thing that was evident here on Cemetery Street the people here in this community of Williamsport have a lot of love for Coach Belle.

"Once Coach Steppe put it on Facebook to see the comments of the people from the 70's and 80's commenting on what a role model he was for them at that time and remains that way," said Sean McCann.

"What does he mean to you? Everything...he is everything," again said Marguerite.