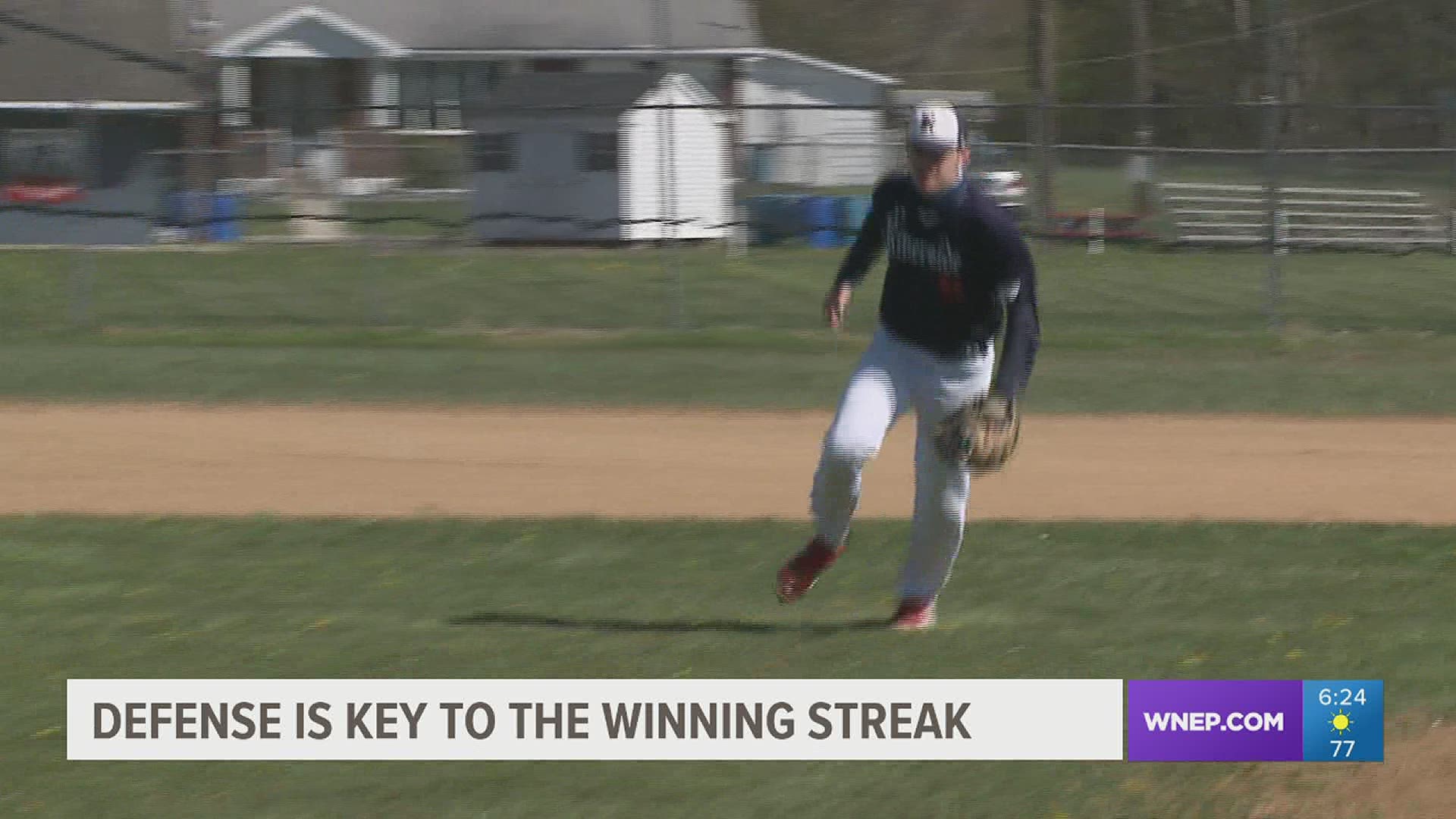 TAYLOR, Pa. — The blast from the bat of Trevor Blacerzak.

And the strength and the stability along with the strikeouts from pitcher RJ Santaserio.

It's a recipe head coach Sean Hughes has gone to all season with this Riverside Vikings baseball team. On top of Division III in the Lackawanna League and the #1 seed currently in "2A"

"It has been great working with these kids. Not only are they talented but they work hard and they are dying to learn. So they hang on every word that we have to say. My coaching staff is very experienced. They are just willing to learn. Their work ethic is incredible," said Sean.

"I think that we are playing so well because we have really good team chemistry. Everybody picks each other up even when we slump. And I just think it's like a family. We always have each other's backs and we give it 110%. And we are just going out and doing our job," said Trevor.

Sophomore catcher Jason Janesko is the lead-off hitter. Batting over .600 Janesko is already committed to East Carolina. Throw in seniors Mike Rickert and Zach Day there's some sticks at the top of this lineup.

All season long the Vikings have been getting consistent pitching. Against Holy Cross lefty pitcher RJ Santaserio started off with the hard stuff, and then later in the game went to the off speed.

"Usually i go off-speed for the bigger guys, and fast balls outside for the top of the order. That gives me more confidence to see what I am doing and gives me pitches to get," said RJ.

The Vikings march into May with hopes of a league and district title.