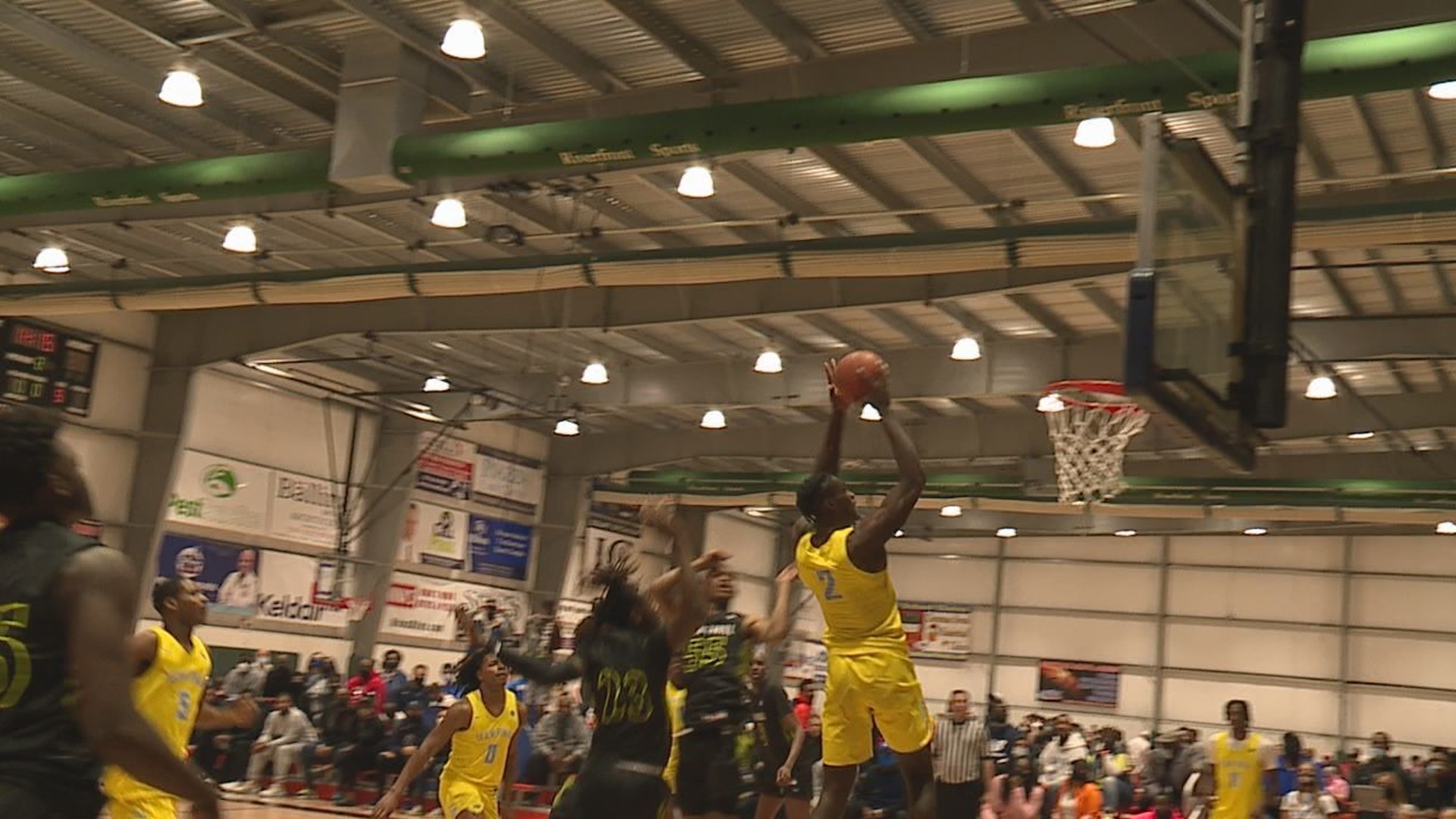 SCRANTON, Pa. — The Electric City is taking on new meaning this weekend, as some of the best in the AAU basketball circuit are here in Scranton.

Riverfront Sports is hosting the KYDA Invitational. KYDA stands for "Keep Youth Dreams Alive" - and those dreams were on full display. Top teams and players from the Nike, Adidas and Under Armour circuits are in town. That includes Team Final and their star, Jalen Duren. Duren is the number two recruit in the country. He has nearly a dozen offers, including a couple from Pennsylvania schools in Villanova and Penn State, though, he'll be in the NBA pretty soon. Of course, the local AAU squad, NEPA Elite, is also in the field. They're new to the scene, but Riverfront's Kevin Clark said this week that hosting a tournament of this magnitude really puts the program on the map.

"This weekend coming in, they'll be matching up and playing against these tops teams," Clark said. "So, it will really show you what kind of talent we have on the boys side. So, we're going to continue to do our best to be known and reach a lot of people for our kids to get recruited."

The KYDA Invitational continues and concludes on Sunday.