After a (19-3) campaign on the court in year one for the Wyoming Valley Clutch a member of the American Basketball Association semi-pro league, and great commun... 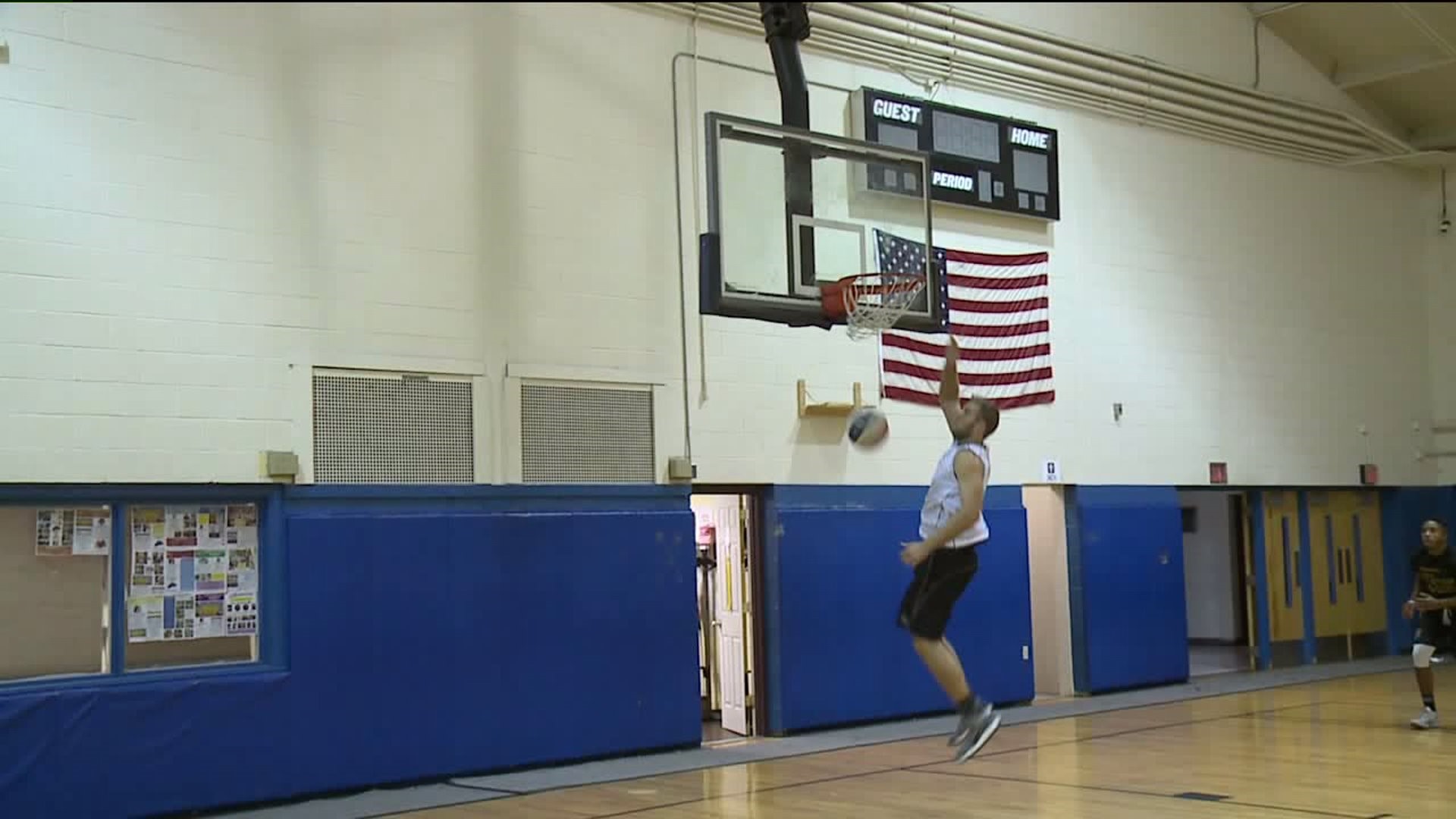 After a (19-3) campaign on the court in year one for the Wyoming Valley Clutch a member of the American Basketball Association semi-pro league, and great community support off the court with trunk or treat, the annual Christmas parade and hosting over 100 kids at local camps.

The 11 man squad coached by Wilkes University Hall of Fame coach Jerry Rickrode is back for more.

"I think that we learned a lot last year. New business, new system and new team. Being able to coach Dave and Chris again was nice," said Jerry.

The Colonels all-time leading scorer Dave Jannuzzi takes another run at it along with former GAR Grenadier and 2,000 point scorer Chris Shovlin. The back court back together again.

"We are extremely excited. Last year couldn't have gone any better. Obviously we wanted to win the ABA championship but the community support was just unbelievable," said Dave.

"If it wasn't for the community I mean there probably wouldn't be a team or what we are doing down here at the Wilkes-Barre CYC," said Chris.

Besides newcomers Lamont Tillery and Stephon Draper 7'0" Peter Alexis out of Holy Redeemer returns. He played in a hand full of games for the Clutch last year before returning to his professional team in Poland. This season he plans on being in Wilkes-Barre for every game.

"For me it's not my livelihood anymore. It's fun. And we have 11 of the best players in the Wilkes-Barre/Scranton and Hazleton area playing together," added Jerry.

The Clutch will open up their second season here at the Wilkes-Barre CYC Saturday October 19th vs the Pottstown Flames. Steve Lloyd reporting for Newswatch 16 sports from Luzerne County.