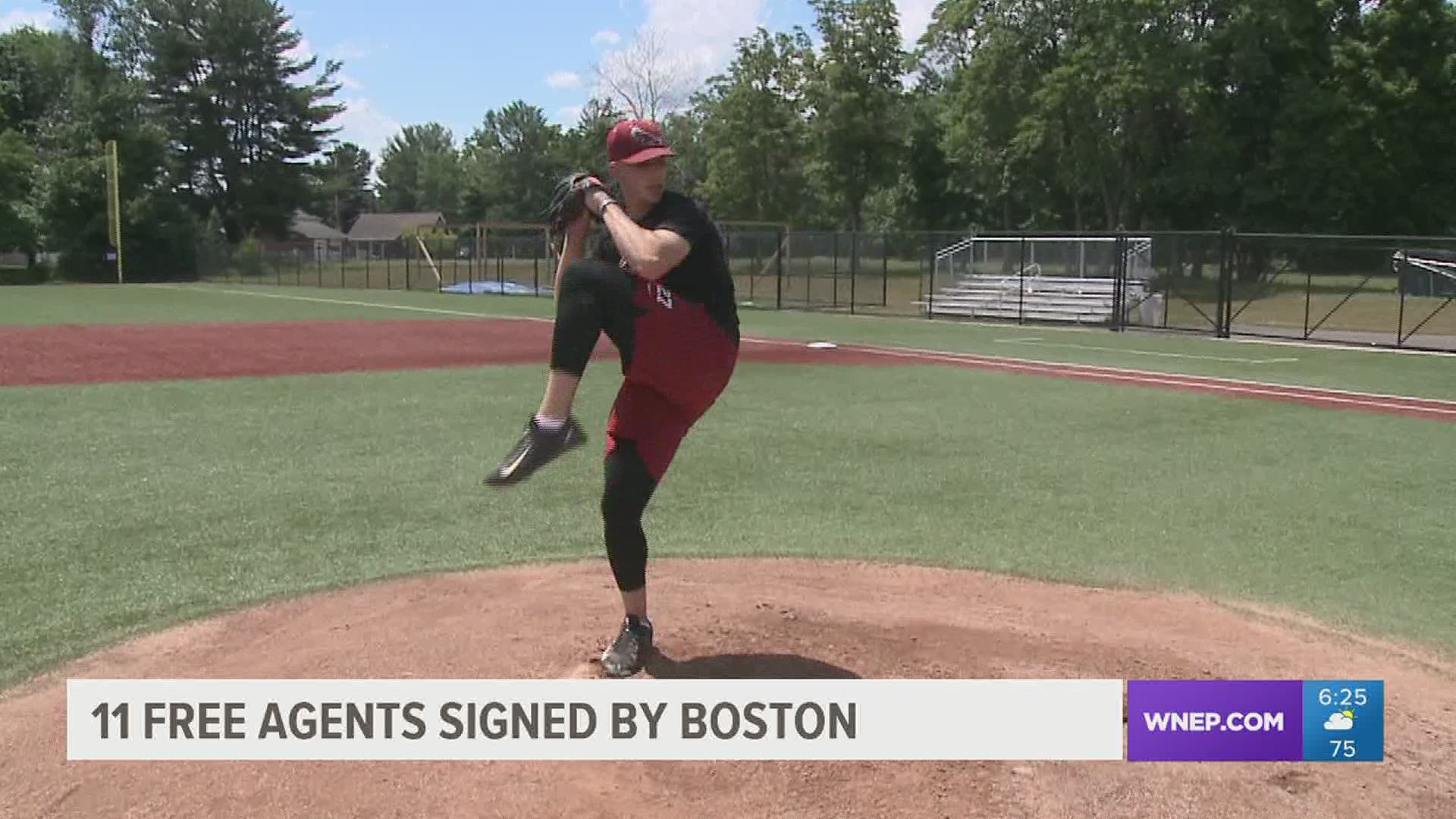 For the Saint Joseph's Hawks this past spring Jordan posted a record of (3-1) with a 2.38 ERA and 33 strikeouts tied for tops in the Atlantic 10.

And then on June 14th just three days after Major League Baseball concluded the five rounds of the 2020 draft Jordan signed a free agent contract with the Boston Red Sox.

RELATED: What many umpire crews are doing to stay sharp and ready when play resumes!

"When I got the phone call I was super excited and they made an offer. i didn't accept it right on the spot. I talked to my parents about it, and they we're equally excited, so when I called and I told them that I wanted to be a part of the Red Sox they we're ecstatic. I am just so happy to be a part of a great historic organization,' said Jordan.

"I didn't know what to think, honestly it was just crazy. i didn't think that they liked me that much to have their #1 pitcher give me a call," again said Jordan.

Jordan is staying sharp working out at Berwick's high-school field. Back in 1991 in the 21st round the Red Sox took Joel Bennett out of East Stroudsburg. Bennett pitched for 17 years mostly in the minors. One of his best years was in 1999in Scranton. Jordan like Joel is hungry and eager to get to work.

What was working well this year in your pitching when you we're on the mound? Just about everything. My fastball has always been good. I have been able to locate it, and my velocity has gone up over the years. So my change-up has also been working great-my splitter and curve ball also are working wonderfully. I was getting guys out and my strikeout numbers we're through the roof and I was really excited to see where this season was gonna go," added Jordan.

As of now I am just going to stay in shape and that is all that they want me to do is stay ready," said Jordan.