Pro Boxers Return To Training After A Successful Event in Kentucky

Thomas and Misiura traveled to Kentucky for some pro fights 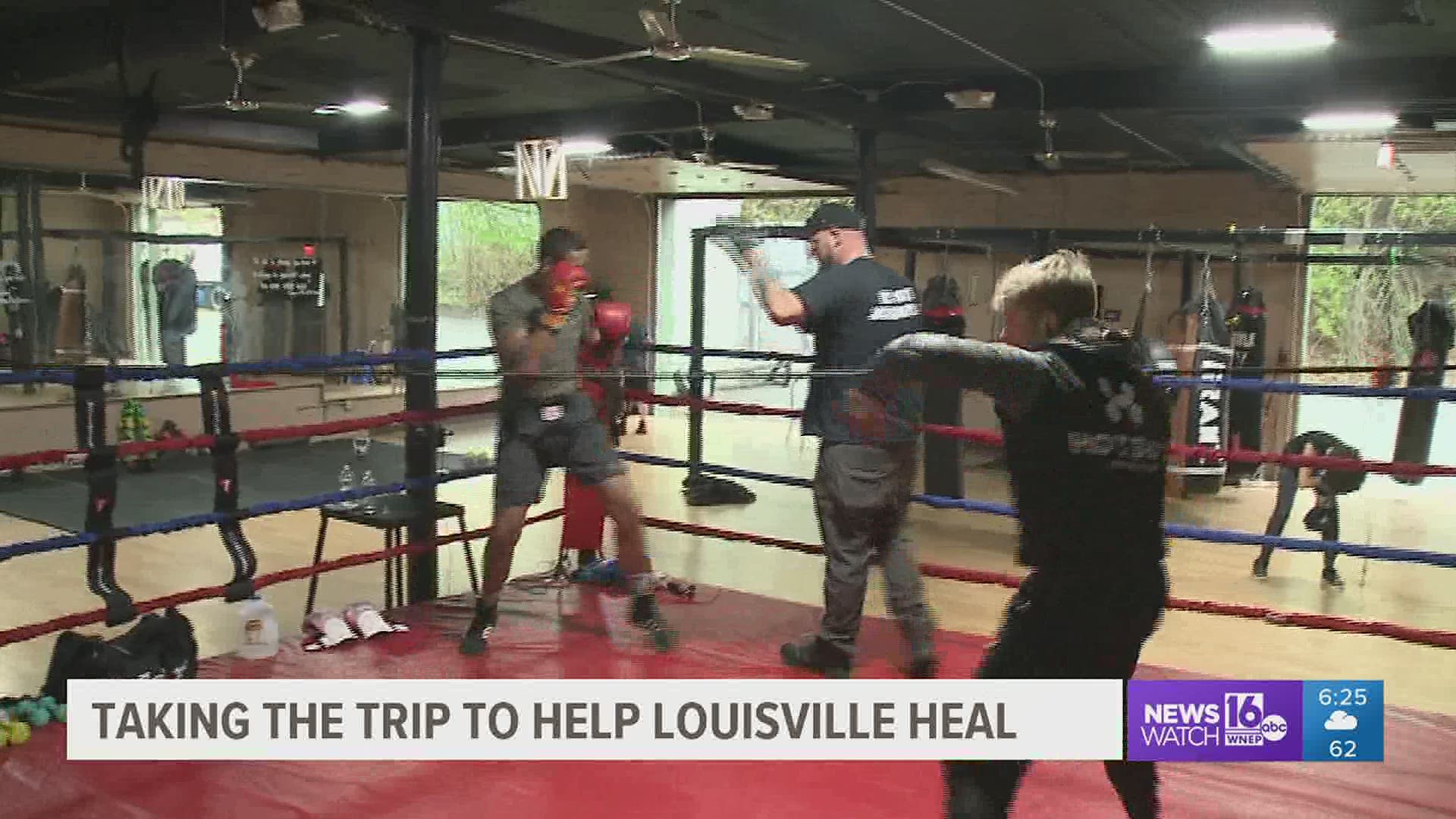 SCRANTON, Pa. — It's back inside Signature Boxing in Scranton to train for pro fighters Glenn "Superclean" Thomas from East Stroudsburg and Marc Misiura from Throop. Both fighters recently took the trip to Louisville, Kentucky to get back in the ring. For Thompson it was a five year lay-off in between fights and a tough loss on the scorecard. Misiura pulled out a win in his 2nd pro fight. He is now (2-0).

"I did good! I lost the decision but everybody knows that I won so. It is what it is," said Glenn.

"So I turned pro and had my pro debut and got a :30 second knockout in my debut and then I got my 2nd win a month later," said Marc.

Trainer David Vazquez said the trip was more than just getting in a few rounds for his fighters. It was a chance to go to Louisville and help the city heal after the police shooting in the Breana Taylor case.

"I was really happy to get them down there to Kentucky. Kentucky is a very good state. They are pretty open. A lot of bad stuff went down in that city and they are trying to get it back. We walked through the streets and it  was boarded up and you can't see any cars coming through," said David.

"You could see that a lot of the restaurants we're shutdown out in Louisville, but they are trying to repair the whole city and it's a beautiful city out there. And I just love the community and I love the people," added Marc.

Marc heads back to Louisville Kentucky in 6 weeks for his 3rd pro fight and as you can see the training continues here in Scranton.

"Right back to training. Just sparring and constantly sparring and lots of road work and tighten up my punches and everything like that," again said Marc.

"What worked well on Saturday was my heart, and my determination and basically training and actually doing a camp. The next time we have to do a full camp no work. Just eat, sleep and dream boxing," again said Glenn.