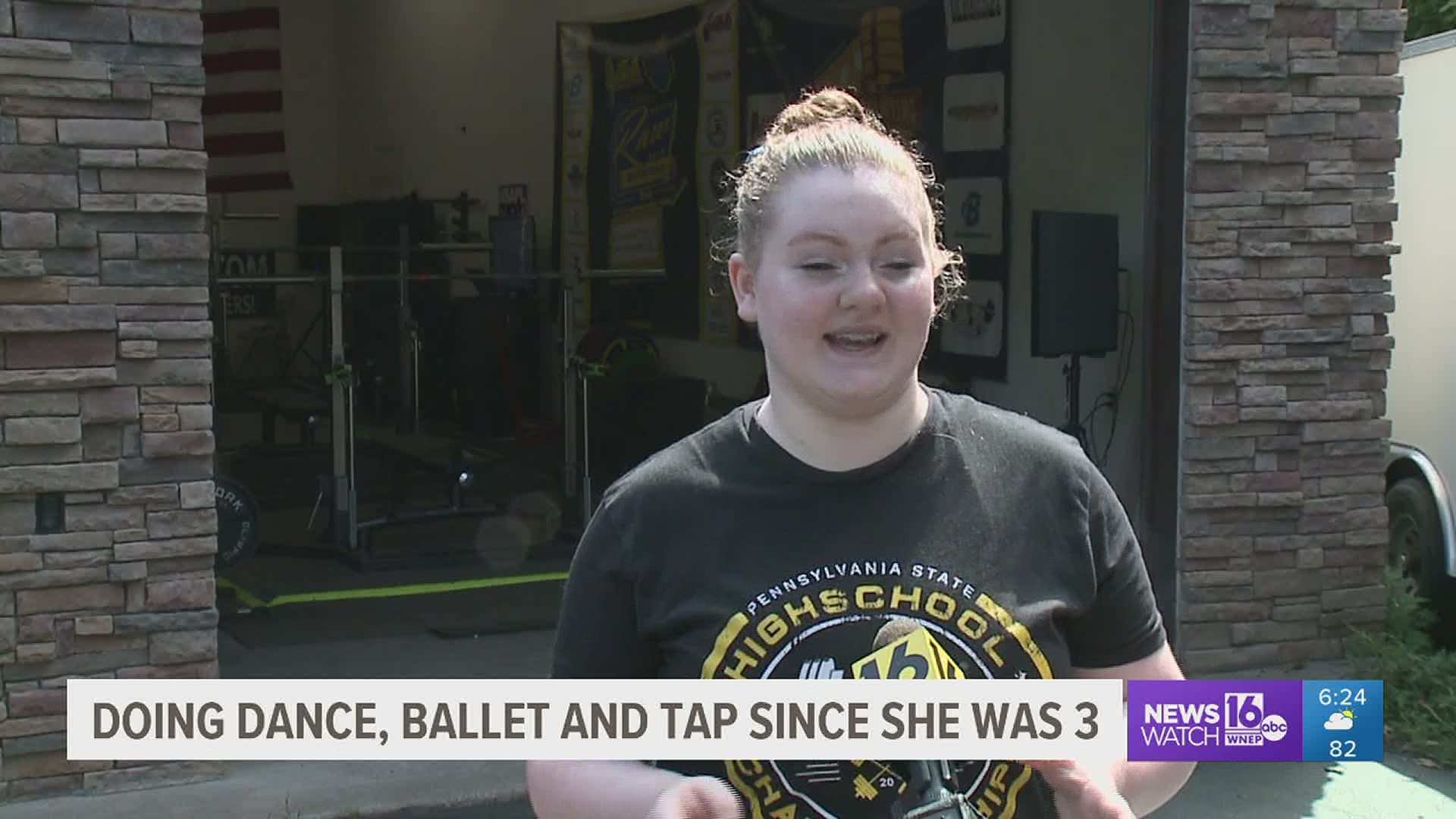 LACKAWANNA COUNTY, Pa. — Steve Mann from Clarks Summit was a World Teenage National Powerlifting Champion in the 1990's. He won the Collegiate National title  in 1998, and has won numerous Men's Open Titles competing all over the world and here in the United States. The Man of Steel's record book speaks volumes. Now he is taking his 13-year-old daughter Kaylee to Philadelphia in August to compete in the USA Powerlifting Summer Slam Record Breakers event where American Records will be available for Kaylee to break.

"Her training especially has been good since we have been kind of stuck at home. Her training this entire year has excelled incredibly," said Steve.

"I was excited to go to Florida, but obviously that is not happening but I am excited to actually have a chance to break the national records for my age before I age out," said Kaylee.

RELATED: 'The Lion's Den' in Pottsville is home to strength and weight training for local athletes

RELATED: The Mann Family Heads To The World Powerlifting Championships In Japan This May

The USA Powerlifting open and youth national event in Daytona Beach, Florida was canceled because of the coronavirus outbreak, but because Steve is a National Director he was able to re-schedule one here in Philadelphia.

"But I know at this age everyone has a lot of strength. It's just about getting the right technique and the right form and the practice, and that has really paid off this year and her numbers have really come up," again said Steve.

"One of the hardest lifts for me to do is bench because you really have to get into the right mental mind set to be able to bench," again said Kaylee.

Kaylee is crunching numbers and converting kilograms to pounds in the squat, dead lift and bench. This is her final chance to set marks in the youth division before she turns 14 in December.

"She did this two weeks ago. So she is basically 15 pounds above the American record in the squat," again said Steve.

The love for Powerlifting for Kaylee started just a few years ago when she was 11-years-old, but when she was three she decided to start dance, tap, and ballet and she continues that to this day.

"Dancing is like you listen to this gentile and peaceful music and you dance to it and express your feelings. Powerlifting is trying to push yourself through weight," again said Kaylee.