Stoner's 2:28:43 is the Fastest Female Marathon Time for a Runner Under the Age of 25 in American History 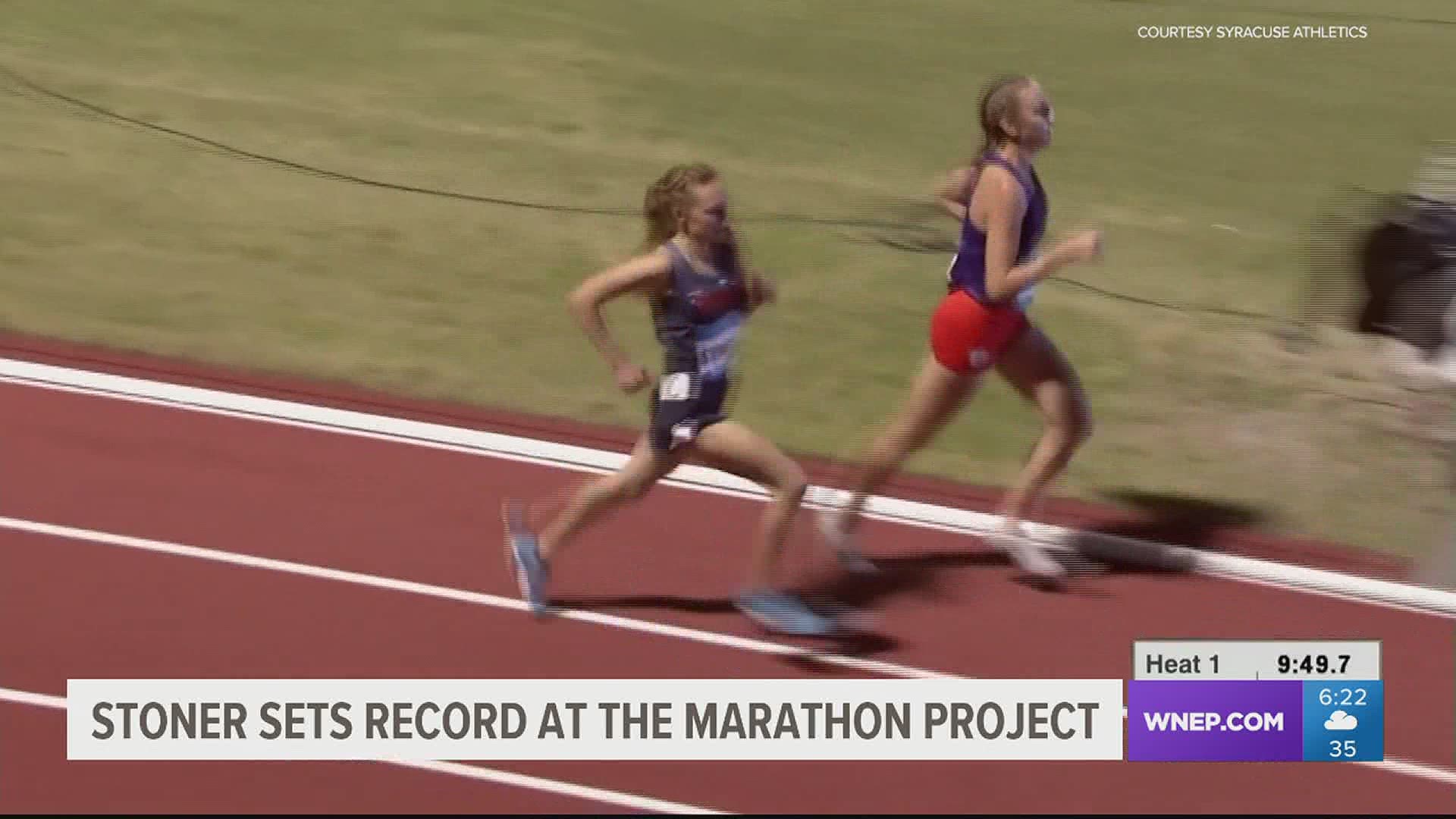 SCRANTON, Pa. — Growing up in Pottsville, Paige Stoner was a dominant distance runner, but she never imagined she could turn that love of running into a career.

”No, not really," Stoner admitted. "It definitely was like ‘wow, that would be amazing,’ but I don’t think I really believed that would be possible until later in college."

After four years running at Syracuse, Stoner turned pro last summer, signing with the Reebok Boston Track Club. Her schedule cleared up a bit this year, but a few weeks ago, she closed out 2020 running her first ever marathon at The Marathon Project 2020 in Arizona.

"I feel so, so lucky to have been able to run a marathon in 2020," Stoner said. "It’s really hard to find the motivation to train when there’s nothing on the calendar. So, just to finally be able to put something on there and have something to look forward to was huge."

But not as huge as the headlines she made. The 24-year-old placed 7th in the women’s field, 50th overall with a time of 2:28:43. That is the fastest female time for a performer under the age of 25 in American history.

Favorite stat of the @MarathonProj weekend:

With her 2:28:43, @PaigeStoner11 earned the fastest under-25 American marathon time in history...in her debut! 🤯
#reebokrunning #syracusestronghttps://t.co/JVzWBisDh8

"I was really surprised, just kind of thinking about all the great American distance runners there have been and it’s definitely a really neat accomplishment," Stoner explained. "We’re starting to see more women jumping into the marathon earlier. I think in the past it’s kind of been seen as this event that people move into when they’re done with their track careers, but we’re kind of realizing you don’t have to be 30 years old to be an elite marathoner. Just really exciting to know I have years ahead of me to continue to improve upon this and it’s definitely a great starting point."

A starting point Stoner hopes can help take her from Pottsville to Paris in 2024.

"That’s probably my biggest goal right now, is looking at that 2024 Olympic team," Stoner said. "I’m kind of glad that I got started earlier now and I just have more experience under my belt, which is something that’s really important in this event."