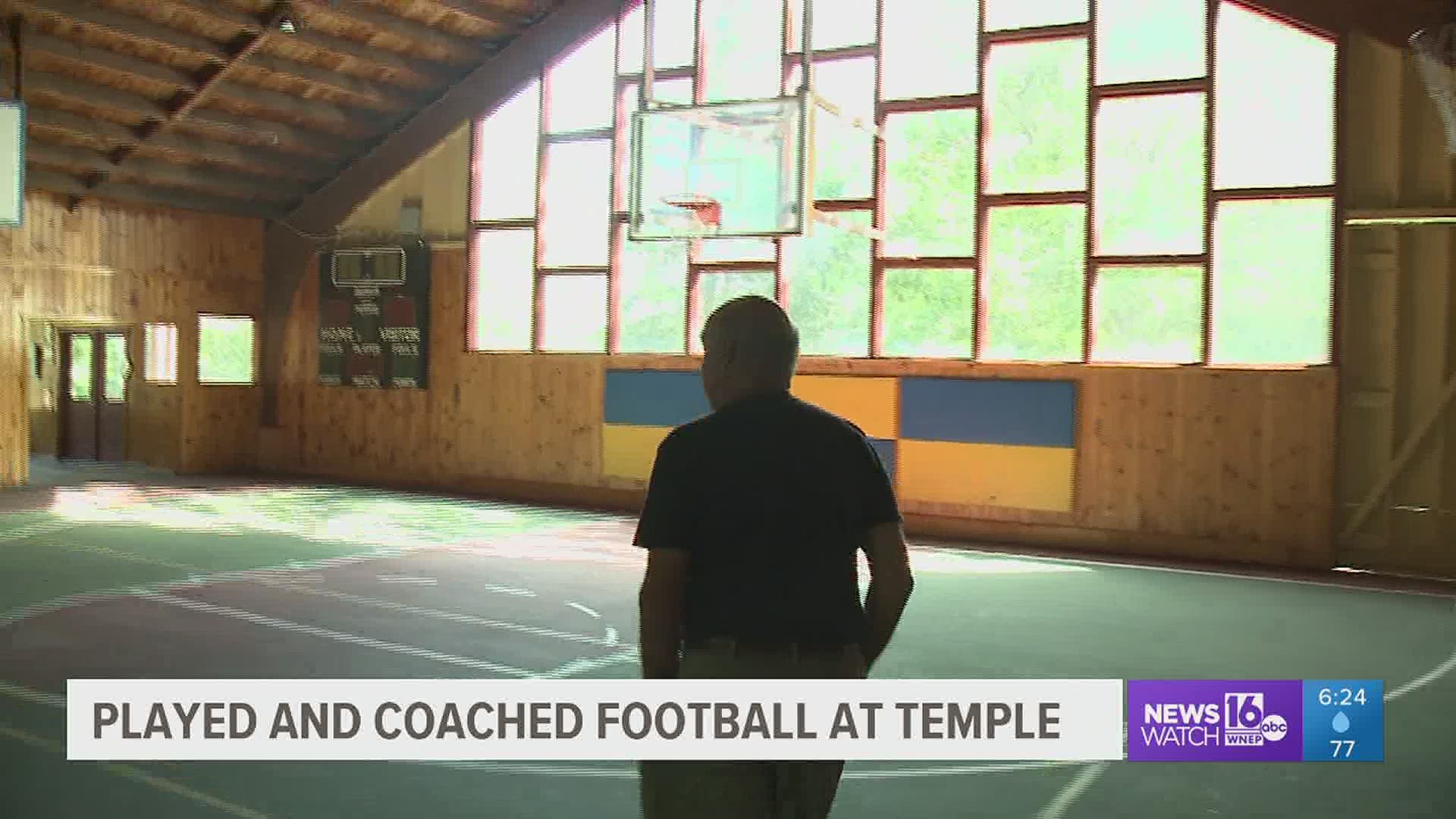 GREELEY, Pa. — Off of Route 6 in Greeley, Pike County is the PIne Forest Camp run by Mickey Black. 53 years ago Mickey's Dad hired Jerry Preschutti to start a football camp in 1968. It quickly turned into one for cheerleaders two years later. This would of been the 51st year for the Pine Forest Cheerleading Camp the largest one in the country with over 7,600 participants from 10 different states coming here over 11 different weeks, but in March they canceled everything because of the COVID-19 pandemic.

"I think that they miss camp for what camp is all about. They miss the team bonding, and the fact that they get to meet kids from other areas. They also learn a lot about themselves by sleeping in the cabins and sharing, communicating and those things are all important," said Jerry.

Preshutti played football at Temple then coached there from '65-'69. He always had a vision for summer camps. The interest peaked when he met Franco Harris at a camp where he was working.

"We we're at a football convention with a lot of coaches and one of my fellow teammates from Temple told me about a camp called Pine Forest. I didn't even know that it existed because I didn't even go to camp," again said Jerry.

Rhonda Pizano is the head cheerleading coach at Wyoming Area. Her teams have been to Pine Forest the last 17 years.

Pine Forest Cheerleading Camp
ust letting all of our friends on facebook know that there are 7 days left to purchase camp clothing on line by clicking on the link above. This is just a reminder that IT WILL CLOSE AT 11:59PM ON SUNDAY, JULY 19TH. We encourage you to post this information on your facebook page or instragram.

"It's really run. It's really a good bonding experience for all of the team. And it's like the first thing that we really do together," said Sailym Jones.

"Honestly I give so many props to Jerry. Every single time that I have gone since freshman year he is always the happiest most cheerful," said Ava Gonzales.

"Last year it would of been so surreal thinking that would be the last time that I would be going to camp especially with the two people that I have been doing cheer with since freshman year and some of them even since we we're little," said Gabriella Delicati.

This isn't the only site that Jerry helps coordinate with the cheerleaders. There are two other locations run by Jerry's sons. Cheerleading camp has become so big over the last five decades they've had to expand.

"If you look around and the type of atmosphere that we have it's beautiful up here. And it's an outdoor camp environment and it's not on a college or a resort. It's on an outdoor camp. I think that has been the key to it," again said Jerry.

The 90th summer will soon come and go without campers. Jerry is already looking forward to 2021 here at PIne Forest and also at Trail's End and Chesnut Lake where the sounds of cheer fill the air.