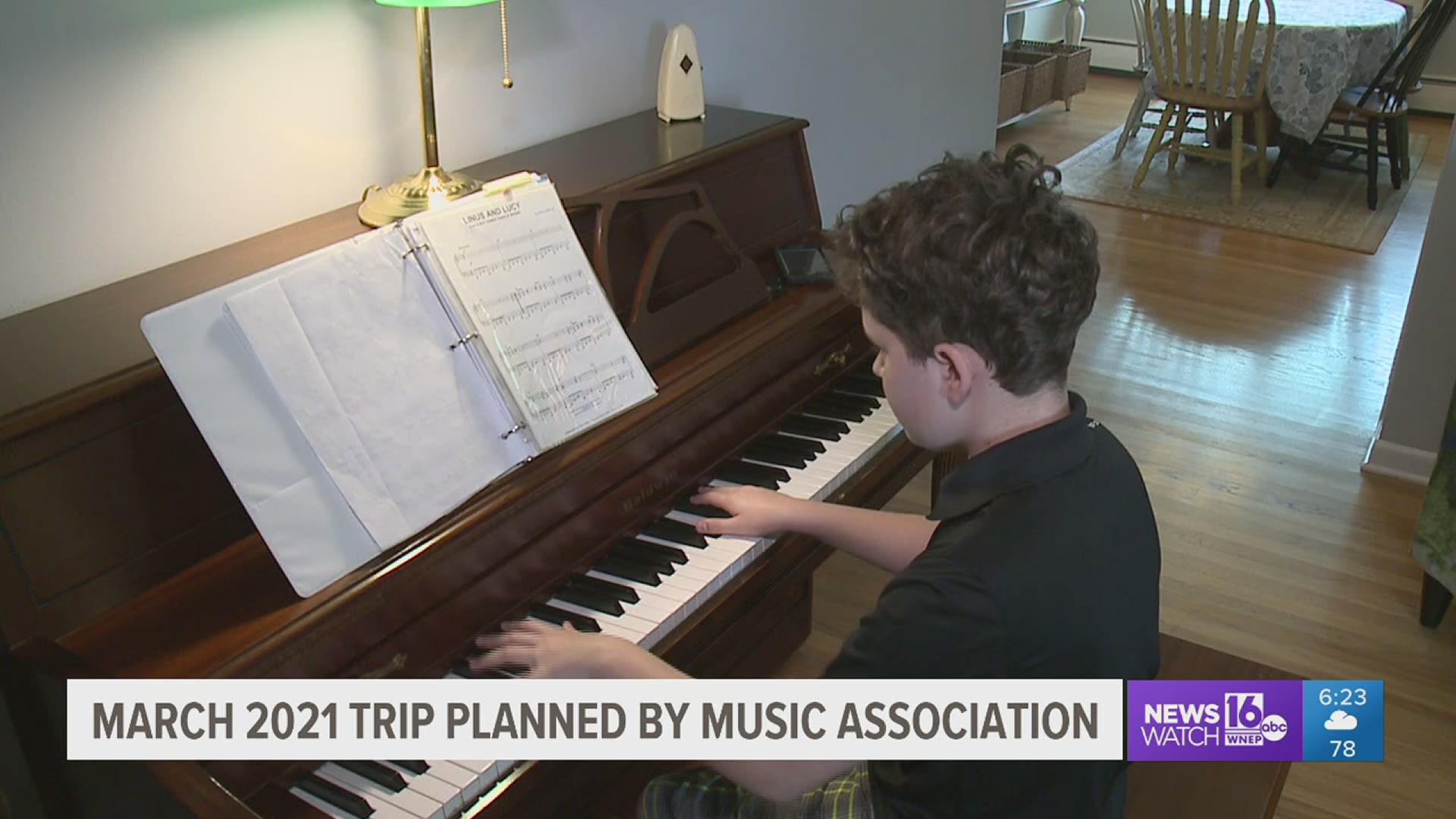 "With soccer both of my brothers played it, and I just enjoy playing it a lot. It's probably one of my favorite sports," said Jonas.

But he also has another passion.

.Music. Jonas started on the piano at the age of 6.

"I just saw it in my grandparents house and I just wanted to learn a song on it, and I learned one, and I just always loved the piano after that. I have just been playing it since then," again said Jonas.

His music instructor is Denise Knox.

"I am just honored to have him because he really knows, and I don't really even know where he got all the  knowledge that he got, but he knows the theory behind what is happening," said Denise Knox.

RELATED: Garth Brooks to host concert event at 300 drive-in theaters across US

"You have a lot of passion. I hear your phrasing," added Denise.

In February Jonas played in Wilkes-Barre in a qualifying event with the Northeast Pennsylvania Music Teachers Association. He was 1 of 60 local musicians picked to play at Carnegie Hall in New York City in March, but that event was postponed until next year.

"I got in. Which not a lot of people can get in, and I was very excited to go. Then obviously it got cancelled," again said Jonas.

When Jonas has a little free time and he has his friends come over to the house the first thing that they  ask him to do is play the piano.

"First of all you have to take it slow. You should do it hands alone. So at the beginning I was only doing the right hand very slow. Then I just did the left hand and eventually you do them slowly together," said Jonas.

At the Abington Heights Middle School Jonas plays on several of the pianos there for his classmates.

.He idolizes Beethoven, Mozart and Billy Joel and waits to play at the most prestigious hall in the United States.