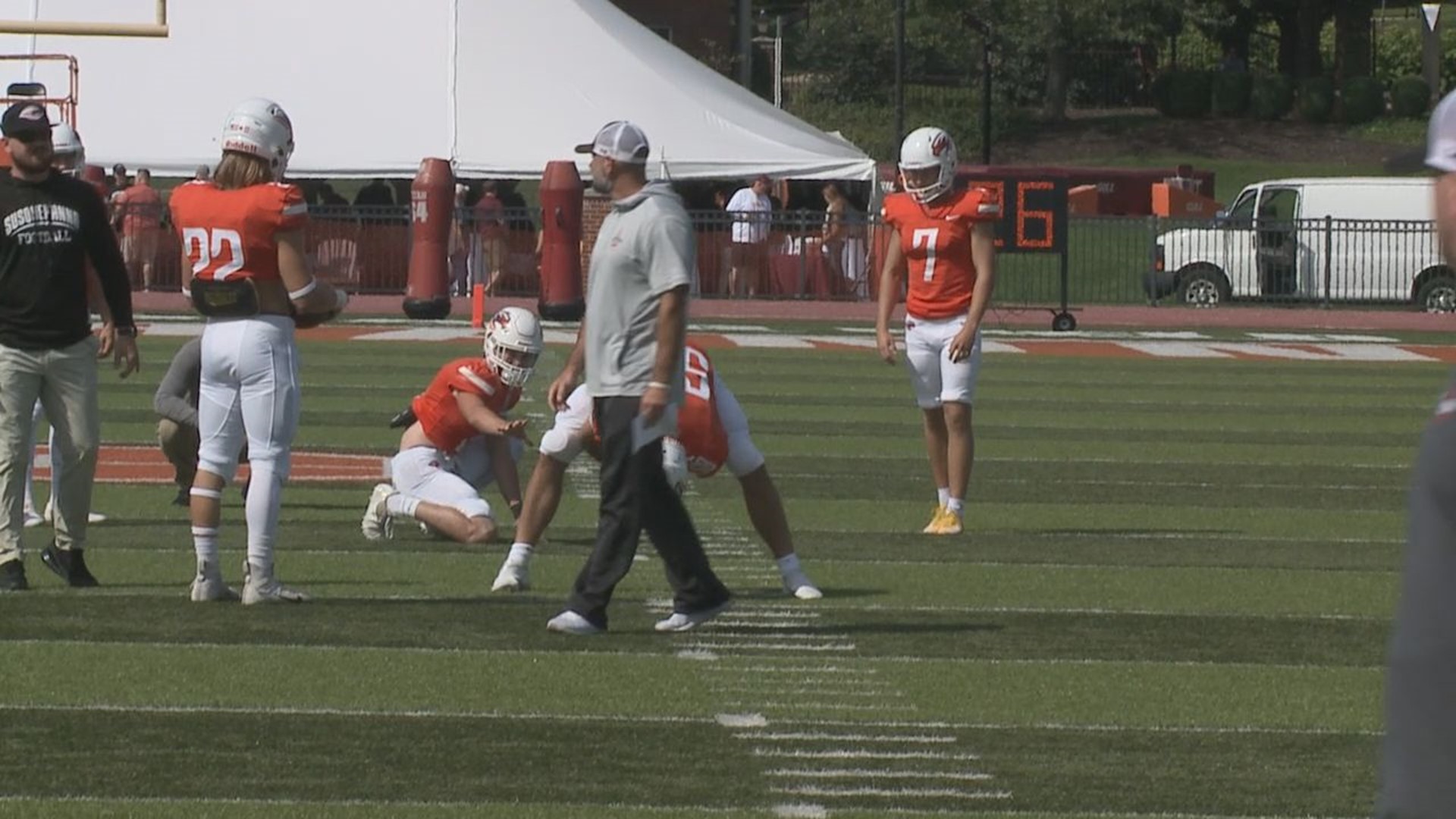 SELINSGROVE, Pa. — On September 25th Susquehanna kicker Elijah Hoffman converted on a career long 39 yard field goal in a win over Dickinson. Hoffman now a senior for the River Hawks is a key part of the special teams for head coach Tom Perkovich.

In 2017 in only his 2nd year as a kicker at Southern Columbia Hoffman set the state record with 143 kicking points which still stands today along with 104 PAT's. That young Tiger is now a senior in college studying Bio-Medical Sciences with a minor in Spanish.

"Yes special teams has been great. Coach KJ is in his first year back here, and he is doing great with everything. And punter Clay Olley him and I have been together now for 4 years, so we have a good connection right now with everything. And we know how to help each other out when things are not going as we think they should," said Elijah.

Hoffman credits head coach Jim Roth for getting him interested in playing football.

"For me it was Coach Roth. He talked to me my junior year of high-school. Tyler Kizer was the kicker before me and he kicked at Bucknell for a year and he thought that I would be a good kicker. So he told Coach Roth and he asked me and I couldn't turn it down with a team that good. So I figured that I kind of had to do it and now I'm here," again said Elijah.

Heading into Week 4 the River Hawks are now ranked in the @d3football Top 25. One week at a time. Have to keep grinding and getting better. #ALLIN #UnfinishedBusiness pic.twitter.com/jTJ9HUCosY

Right now Elijah plans on pursuing those degrees to one day become a doctor, and he still has 1 year of eligibility left here at Susquehanna to pursue his kicking career. But right now he is undecided whether he is going to come back for that extra year with the River Hawks.

"It has been a long process. It is a lot of hard work with playing college football but I know that it will all pay off in the end," added Elijah.

A hot topic on the sidelines Justin Tucker's NFL record 66 yard game winning field goal for the Ravens win over the Lions.

"That was just ridiculous! I mean what can you expect with Justin Tucker. Like he just doesn't miss, and he is probably the only guy in the NFL that can make that kick. And he came up for his team big with a few seconds left on the clock," again said Elijah.